For a year and a half, the official reports of new infections, serious and suspicious cases, and medical reports always included some deaths, on rare occasions, a dozen; low figures for the global average, with certain complaints of under-reporting. 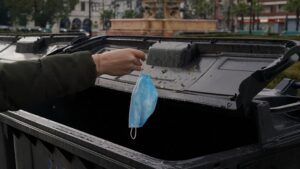 This news coincided with the announcement that 70% of the population of El Salvador have completed their scheduled vaccinations against this illness, with a greater number having at least one dose and vulnerable groups going for a third dose as reinforcement.

Since the middle of February 2021, El Salvador’s government started receiving batches of vaccines that arose to deal with the pandemic, to the point where this Central American nation already has more doses than it needs.

With this surplus, President Nayib Bukele’s administration donated vaccines to the people of neighbouring Honduras, and on 1st December it announced that it would offer the country’s place in the Covax mechanism to nations who need it more.

The Ministry of Health reported the administration of 9,179,875 doses up to the first week of December, of which almost 18,000 went to foreigners, as part of an alleged strategy to streamline their vaccine stocks. 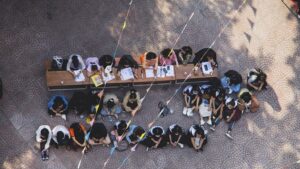 In the middle of November, they lifted the restrictions to enter the country that had been in effect since the beginning of the pandemic: it was no longer necessary to show proof of vaccination or a negative polymerase chain reaction test (PCR).

In total, the country has 166 vaccine centres, among them a Megacentre in the vicinity of El Salvador Hospital, specialist in Covid-19, and three places where people can be vaccinated without getting out of their cars.

In this context, the European Commission endorsed the equivalent of the vaccination certificate issued in El Salvador, which would make trips easier between this Central American nation and the 52 countries of the Old Continent integrated into the communal bloc.

Nevertheless, there are sectors who are reluctant to be jabbed, whether due to religious prejudices, paranoia or misinformation, and for that the government implemented an immunisation programme at home, or in other mobile locations. 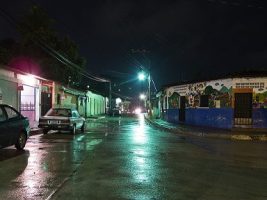 However, at certain points of the year there were dangerous and, definitely, preventable spikes.

For example, following the celebrations of the festival of their patron saint San Salvador, there was a rise in infections, exacerbated by the mass celebration of several matches with the national football team for the World Cup Qualifiers.

Even though biosecurity protocols were always insisted upon, such as the obligatory use of masks, or admission to the stadium only by showing the complete vaccination card, social distancing was non-existent, and interaction was very high.

A study by the Centre for Mathematical Modelling at Francisco Gavidia University found that only one sick person who entered the Cuscatlan stadium, with capacity for 30,000 fans, could have infected more than 300 people.

The situation was such that the governing majority in the Legislative Assembly (single-chambered parliament) passed decree 188, to restrict certain types of gatherings, particularly anti-government protests, according to the opposition. 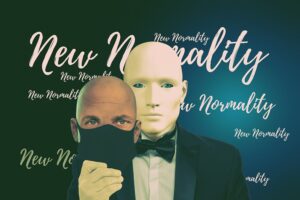 In fact, in September and October, two massive protests took place against certain measures by the Bukele administration, with the implementation of the Bitcoin Law or the purifying of the legal system, and to express concern over an eventual authoritarian drift.

Even though the management of the pandemic here has not been exempt from questioning, in a general sense the government scored high marks.

A recent technical report by the International Monetary Fund (IMF) rated the government of San Salvador’s strategy to promote a quick financial recovery, even though the pandemic led to half a million more people in extreme poverty.

A few weeks before 2021 finished, the Assembly revoked the controversial 188 decree. (PL)