According to reports from the government of Damascus, the direct occupation of parts of the country by Turkey and the United States, and their public support of radical and separatist groups, complicates the liberation of the rest that is not yet controlled by Syrian troops in the north and north-east. 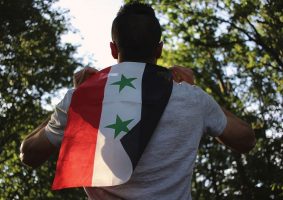 Despite the liberation of the majority of the country from terrorism during military operations by the Syrian army and their allies since 2015, the military situation in this nation continues to be complex.

President Bashar al-Assad recognises that the war against his country’s military institution in 2021 was fierce and their enemies achieved some successes at the beginning through their powerful political and media machinery, but they failed in the end, thanks to the unity of the army and the people.

This year, the vast desert area of Al-Badieh, in the east, suffered from an increase in attacks from residual gangs from the Islamic State terrorist organisation (Daesh in Arabic) against military targets and civil communities.

Daesh radicals resorted to gang warfare and acted on the basis of clear intelligence instructions to wear down Syrian troops and their allies.

According to verified data, the United States forces, illegally present in the al-Tanef enclave in eastern Syria, offer logistical support and protection to the members of this group, which is included on the list of international terrorist groups. 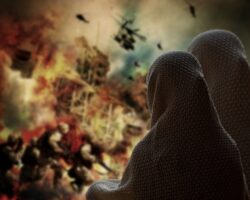 However, even Daesh’s cells are especially activated in the areas geographically connected with al-Tanef, where they take cover after carrying out their attacks.

Syrian officials report that, as well as receiving logistical support and intelligence information, members of Daesh reside in complete safety in a region that is supposed to be the setting of the Pentagon’s anti-terrorist operations and the armed groups that it supports.

On the other hand, several sources confirmed that US forces are moving extremists to their illegal bases where they train them, and then assign them missions, the objective of which is to destabilise the areas controlled by the Government.

Despite Syria’s repeated complaints to the United Nations and in international forums, Washington continues maintaining at least 12 enclaves, primarily in oil and gas fields, mostly in the Al-Jazeera region (east of the Euphrates).

This illegal presence, according to these declarations, incentivises terrorist and separatist activity and deprives the population of their natural wealth, as the Pentagon’s soldiers and their separatist militia, Democratic Forces, continue to plunder their wheat and petrol. 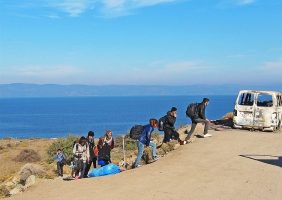 Public anger is notably growing against US practices and, over the past year, there have been reports of dozens of Syrian attacks with explosives on occupying forces’ convoys or rockets at their bases, while troops and inhabitants frequently intercept these military columns and prevent their movement.

Tribes and clans from this country publicly demonstrated and, on several occasions, overwhelmingly rejected Washington’s forces and announced the formation of an army, the mission of which was to support the Syrian armed forces in their anti-terrorist fight and carry out actions aimed at expelling foreign occupiers.

Turkey has kept illegal control of vast areas in the north of Syria since 2018, where it has 114 positions and military points that are spread throughout five provinces: Aleppo (56), Idlib (45), Raqqa (nine), Hasakah (four) and Latakia (two).

Due to the reports from Damascus of this illegal and blatant occupation, this year Ankara sent thousands of soldiers and further reinforced their positions. At the same time, the Syrian Arab Army sent troops and war material to increase and reinforce their presence in the area that constitutes a frontline with Turkish troops and their local militias. 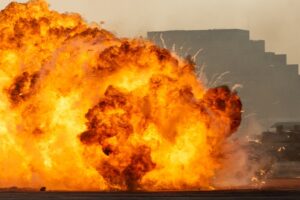 Russia also increased the presence of their fighter planes and helicopters in Qamishli airport, in the far north-east of Syria, and intensified their air patrols along the M-4 motorway which connects Hasakah with Aleppo. This, according to analysts, sends a message of deterrent to Ankara which is trying to take more places in the country.

In the northern province of Idlib, whose 56% managed to free the Syrian army in 2020, terrorists held hundreds of thousands of civilians hostage as human shields and constantly violated the ceasefire agreed between Moscow and Ankara. As a response to these violations, Russian and Syrian fighter planes launched frequent bombardments against the headquarters of radical groups who all fight under the umbrella of the Liberation of the Levant Organisation, formerly the Al-Nusra Front, included on the list of international terrorist groups.

Turkey’s military presence in Idlib has prevented the continuation of operations to free this government since March 2020.

The Syrian Army expanded their policies based on reconciliation in 2021, to return to normality in certain provinces and regions without resorting to military operations that could cause material losses and the loss of human lives. 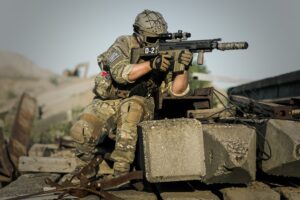 At least 17,000 deserters and fugitives were pardoned after surrendering, in a reconciliation process that still continues in the eastern province of Deir ez-Zor.

This decision was also implemented with Russian mediation in the southern province and stipulated the normalisation of status of those who lay down their arms, the departure of terrorists towards the north of Syria and the establishment of State authority.

In Daraa alone, seven thousand of them delivered a large amount of light and medium ammunition, meanwhile on a national level, the figure increases to 30,000 refugees given amnesty after surrendering themselves to the military and legal authorities.

Thanks to this policy and the achievements in the liberation of areas under terrorism, the Army discharged more than 14,000 reserve soldiers gathered to fulfil their duties during the first years of the war.

The former group was demobbed at the beginning of this year and included almost 34,000 soldiers.

In 2021, Israel’s attacks on supposedly Iranian or Hezbollah forces also continued, but in reality they seek to destroy the Syrian army’s capacities and get rid of them.

This year, Tel Aviv perpetrated more than 40 attacks which took the lives of civilians and soldiers, and spanned all provinces in the country. 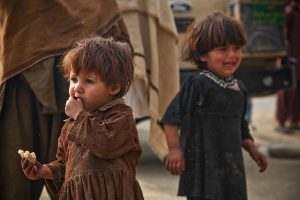 Their combat planes use Lebanese air space to attack Syria and protect themselves with passenger flights to avoid anti-air defence fire that manages, according to high-ranking officials, to destroy 90% of missiles.

The Syrian government condemned these actions and lamented the United Nations’ silence, as well as ratifying the right to defend the integrity and sovereignty of their country through legitimate means.

Furthermore, it reported that these aggressions form part of the direct support offered to terrorist groups, especially Daesh or Islamic State, with the aim of again destabilising the already-liberated zones.

Other evidence of Israel’s involvement in the support of terrorism in Syria is the seizure of weapons and ammunition made by this state and by the West, in hiding places abandoned by terrorists. (PL)