The ideas of masculinity, discrimination and homophobia within El Salvador’s gangs are at the heart of â€œUnforgivable,â€ a documentary which explores how these under-reported topics affect gang violence. 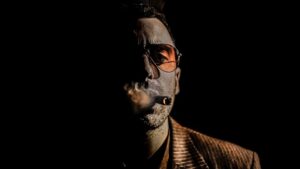 The short film unfolds inside the overcrowded prison of San Francisco Gotera, in El Salvador’s northeastern Morazan department. Giovani, the protagonist, is an openly gay ex-gang member who shares a cell with other inmates that have been rejected both by the gang and the Catholic church -which is usually the only “safe” way out for those looking to leave the gang.
InSight Crime sat down with Marlen Vinayo, director of the documentary Unforgivable, and Carlos Martinez, the screenwriter, to discuss how the film depicts Salvadoran society.

InSight Crime (IC): What was the message you were looking to convey through this documentary?

Carlos Martinez (CM): What we create is a portrayal, from an extreme viewpoint, on the kind of society that we have created as Salvadorans. If you watch the film, you will see that we do not throw conclusions around, or even seek to reach one. Instead, the film leaves the viewer with questions. That is to say, how is it possible for a country to exist, where the concepts of love and killing are pronounced in the same sentence? How does this make sense?

Marlen Vinayo (MV): We don’t try to convey a message. The documsuentary does not try to provide answers. We intend for the viewer to ask themselves these questions and come up with their own answers. 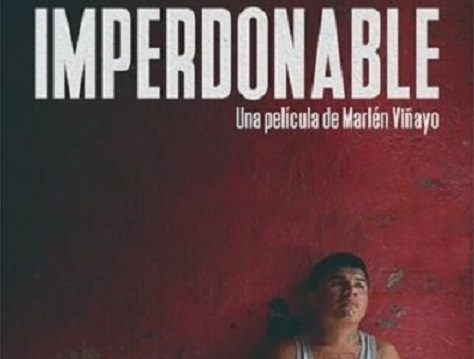 IC: The gang seems to have a very clear definition masculinity, of what is acceptable or not. Could you tell us more about what you saw and how the gang enforces gender roles?

MV: The documentary isn’t about gangs nor is it about homosexuality. In fact, we do not delve into either of these two issues, but we do try to present a portrayal of the society we live in

Of course, the gang is a deeply chauvinistic and homophobic criminal organization that has some extreme values, but these values are also seen within Salvadoran society. At first, when Carlos told me that he had met these people, I was interested in seeing how they perceived their own notions of masculinity, having lived in this world of “manly men”, where it is clearly established and defined what a man should be.

After meeting them and hearing their stories, they had to adopt this role to a certain extent in order to survive within the gang. Because if the gang discovered or suspected that they were gay, they would have killed them. To survive, they adapted to the gang’s idea of what a man should look like.

CM: In the gang, there is a very clear rule. If they suspect that you are gay or if they discover that you are, they kill you. This is one of the first things you learn when you work with the gang. However, [the gang] holds the same notion of masculinity that exists within the rest of our society. The gangs have taken to the extreme a worldview that they did not invent.

The gang phenomenon is a social phenomenon. It prospered and mutated within a society that planted this seed of violence and had little to offer a generation emerging from the civil war.

These ideas about masculinity, homophobia, the use of violence, what a man is, what his values should be were not invented by MS13 or by Barrio 18. They just took them to the extreme.

IC: The vision of masculinity and accompanying prejudices are very similar within the gangs and the church. How do these fit together?

CM: The values that we see expressed in the film come from the mouths of gang members as well evangelical pastors. Our protagonists have this idea that they can be considered an abomination or garbage in the eyes of God. Those values weren’t instilled in them by the gangs.

The evangelical churches, where nearly half of believers in El Salvador now congregate, have a very similar history to the gangs. They emerged from the same social fabric, they prospered in the same communities and were created by religious ideals that already existed in our society.

With the exception of the use of violence, evangelical churches and gangs are organizations with very similar values and structures.

But I insist that the evangelical churches and the gangs, just like our political parties, our art or theater, our cinema, and our music have only fed into who we are. This is El Salvador speaking.

IC: Considering that the Church is usually one of the only ways for people to get out of the gangs, is there a safe place for homosexual gang members?

CM: I have been studying the gang phenomenon and covering it as a journalist for about a decade. I had never met a living gay gang member or former gang member.

I had heard stories of their murders, of how they had been killed and why they were killed.

I certainly knew those cases existed but I had never seen a group of openly out people gathered together.

In El Salvador, there is just one place for them, a part of Sensuntepeque prison designed for inmates with other expressions of sexual identity.

It is not designed for gay members but it is the only part of El Salvador’s prison system which caters to LGBTI inmates. Other than that, these boys know full well that there is an indelible death sentence on their heads that the gang will never forget. They left the gang. They lived with the enemy. They crossed out their tattoos, which is a very aggressive way to say that you no longer belong to a gang. On top of that, they are gay. They state that they are safer in jail than on the street.

MV: There is a scene that was not included in the documentary in which we asked our protagonist what he would do if he was suddenly free to go one day.

Giovanni [the protagonist] thought and said: “I don’t have anywhere to go, I can’t go to my neighborhood, I can’t go to my house. Maybe I’d just have to go get into a sewer” which was a very visual explanation. But if he were out there, it’s one of the few chances he would have of surviving.

IC: Inside the neighborhoods controlled by the gangs, do they exercise the same rules and punishments against LGBT people living in these areas?

CM: Normally, the gang members exercise control over their territory through intimidation and force. It’s uncommon for them to murder you for being gay if you are not a gang member. But there is a kind of mocking condescension around homosexuality.

Within the gang, they consider that there can only be men [as defined by them]. It is understood that being a man involves a set of features that make you look strong, powerful, dominant, aggressive, etc. But no, they do not exercise such rules and control over the rest of the community.

IC: In the documentary, there is a scene in which the protagonist goes to a psychological consultation in prison, where he is asked questions to “determine whether he is homosexual”. To what extent has the State understood these issues surrounding masculinity and the risks that these people suffer?

MV: I believe that, as shown through that psychological test, the State has not understood this. The questions, which seem absurd to me, are the mechanism used by the State to determine whether a person is homosexual or not. And based on that, they decide whether to transfer inmates to a special sector for the LGTBI population.