The colour of our skin will be darker, we will not have any hair on our bodies, we will have fewer teeth, our toes will disappear, and if the ‘computer generation’ continues not to use their brains to their maximum capacity, brainpower will also inevitably reduce. 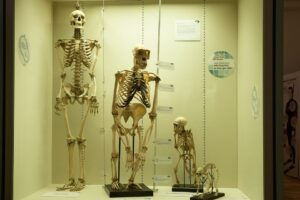 There are many predictions surrounding the physical transformations that human beings will undergo.

In response to the eternal question concerning what our future holds, Stanislav Drobyshevski, an anthropologist and professor from Moscow State University, recently stated that the physical form of human beings will evolve, albeit in his opinion over the course of tens of thousands of years. In an interview with the Russian newspaper Kosololskaya Pravda, Drobyshevski explained that the colour of our skin will darken due to the mix of different races in our gene pools, and we will not have any hair on our bodies; additionally, we will have fewer teeth, given that the wisdom tooth will disappear.

However, the expert’s oddest prediction lies in the future of our feet; more specifically, the loss of our toes.

The fibula might also fuse with the tibia, a phenomenon that our ancestors needed to maintain mobility in the foot for climbing trees. 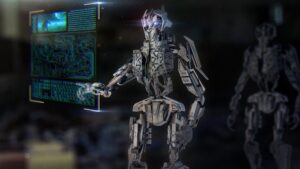 With regards to the human brain, Drobyshevski warned that if the “computer generation” continues not to use their brains to their maximum capacity, brainpower will also inevitably reduce.

The scientist stated that although thousands of years would need to pass for global changes to appear in the human species, the intensity of the changes would greatly depend on the changes in environmental conditions: the more the environment transforms, the quicker evolution will occur.

Equally, he highlighted that man is changing the world so quickly that we do not have time to adapt to it.

Drobyshevski concluded that humanity has already experienced significant changes over the last few centuries: we have grown 15-20cm in height in comparison to those living during the Middle Ages, whilst the onset of puberty has been brought forward five years (from 17 to 12 years old).

Of course the Russian scientist has not been the only one to investigate how humans will look in the future: American investigator Alan Kwan has also joined that stream of thought, claiming that within 100 thousand years man will have a taller forehead, larger eyes and more pigmented skin. 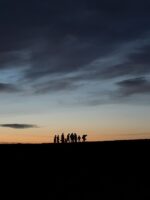 Kwan, with a PhD in computational genomics from the University of Washington, shared his considerations in an article recently published on the digital portal myvouchercodes.co.uk.

Unlike Drobyshevski, Kwan believes that the key to our evolution will lie in the overlapping of technology, the control humans have on natural history and the adaptation of human biology to our needs, which will dictate the future colonisation of the Solar System.

According to the American scientist, within 20 thousand years man will have a longer cranium to accommodate the brain, larger than the current size; skulls that these days would appear to us excessively large will be considered normal.

Within 60 thousand years man will have a skull that is larger still, and the eyes will also have grown in size, given that we will have colonised the Solar System and the people living in the colonies furthest from the sun will have to adapt to darker surroundings.

Kwan also believes that our skin will be more pigmented; not due to genetic mixing but in order to reduce the harmful effects of ultraviolet radiation outside the ozone layer that protects the Earth.

In 100 thousand years from now there will be total control over genetics. Moreover, according to the scientist the human face will have adapted to reflect the characteristics that people consider attractive: strong and majestic lines, straight noses, intense eyes and perfectly symmetrical facial features. 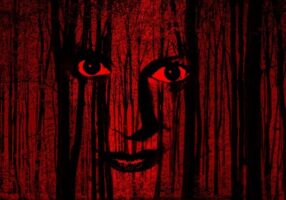 The article caused such a commotion online that Alan Kwan himself was obligated to underline that the characteristics that he had discussed are solely “speculations”.

To imagine and to speculate how we will be in the future is not at all a preposterous idea, and numerous experts have already investigated what lies down this route. (PL)