A former Guatemala mayor and his family have been accused of smuggling more than a dozen migrants later massacred in Mexico, in a case that exposes the sophistication and lucrative business of human smugglers on the border between the two countries. 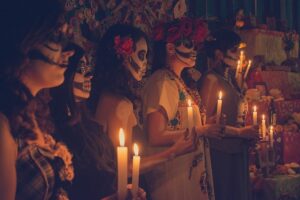 Ramiro Coronado Perez, the former mayor of Comitancillo, a town in western Guatemala, is accused of leading the migrant smuggling ring alongside his brother, David Coronado Perez, a 2019 mayoral candidate in the same town. The Attorney General’s Office has charged both individuals with migrant smuggling and obstruction of justice, according to a statement by the Attorney General’s Office. Prosecutors have accused them of coordinating the trip that ended in the deaths of 15 Guatemalan migrants last year. Authorities discovered the victims on January 22 in two burnt-out vehicles along the US-Mexico border. They had been shot and killed before their remains were burned and left behind. A dozen officers of an elite Mexico police unit have been accused of participating in the massacre.

Prosecutors said in the statement that David Coronado Perez recruited migrants, working with his son, who allegedly guided them on the journey north. His son was also killed in the massacre.

In a series of raids in Comitancillo in late January, Guatemalan authorities arrested 10 suspected members of the group on charges of migrant trafficking, money laundering, obstruction of justice and other crimes. The detainees included David Coronado Perez and one of his daughters, alongside two sons of former mayor Ramiro Coronado, who evaded capture and has since been declared a fugitive, according to lead prosecutor Stuardo Campo. 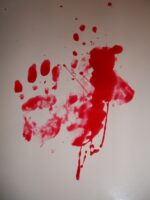 The former mayor, who was in office from 2012 to 2016, is also accused of intimidating relatives of the murdered migrants to dissuade them from collaborating with authorities in Guatemala and Mexico. Various members of the Coronado family continued to smuggle smaller groups of migrants in the months following the massacre, according to the Attorney General’s Office.

As part of the investigation, prosecutors also submitted a request to lift the immunity of a judge who allegedly abused her authority by allowing two of the network’s members to be released after they were arrested in July 2021 with 128,000 quetzals ($16,700) in cash. Authorities also arrested three notaries linked to the group on suspicion of falsifying documents that helped the detainees justify the seized funds.

Just days after the raids, Guatemala’s congress approved a proposal to increase sentences for convicted migrant smugglers from 10 to 30 years in prison, as part of an ongoing crackdown on human smuggling.

Guatemala’s western border with Mexico is a major hotspot for migrant smuggling, having long served as the main exit point for Central American migrants heading to the US.

The investigation into the Coronado network highlights the extensive operational capacity of politically-connected families dedicated to migrant smuggling on the Guatemala-Mexico border.

Far from a loose band of “coyotes,” the network was composed of at least 15 members with clearly defined roles, including migrant recruiters, guides, lawyers, and money launderers, according to Attorney General’s Office.

“We are talking about a major network with links to Mexico and the US,” lead prosecutor Campo told InSight Crime.

Part of the group’s power stemmed from its political influence in Comitancillo, a remote town in a region where family clans with strong political ties have long used their powers to facilitate crimes like drug trafficking. 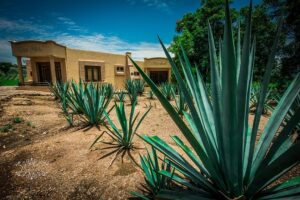 The Coronados “not only maintained control of the [Comitancillo] municipality, but they’ve also clearly been smuggling migrants for years,” said Campo.

The prosecutor added that isolated municipalities on the western border with Mexico are particularly vulnerable to smuggling operations with family and political ties.

“We’ve mostly seen family networks,” he said. “They look to co-opt political power and the judiciary to guarantee their own impunity.”

The Attorney General’s Office investigation also points to the network’s economic clout. According to Campo, prosecutors have identified around three million quetzals ($390,000) in suspicious funds during preliminary investigations alone, based on cash seizures and irregular bank transfers.