A new social pact will make this possible, and Chile’s new president will have to promote it in order to solve the most urgent problems the country has experienced since the end of Augusto Pinochet’s dictatorship.

There are several challenges that Gabriel Boric will have to face from 11 March. The first and most challenging will be to reconcile such a social pact for a nation fractured as a result of decades of neoliberal policies. This will be possible with the support of the constituent process that will give life to a new Magna Carta, inclusive and respectful of the rights and will of all Chileans.

The trigger was set off by the youth of Chile when in October 2019 they took to the streets of Santiago de Chile to protest against the increase in metro fares.

However, the character of the demand evolved to continue to expose the urgent problems of a highly unequal society as a result of neoliberal practices.

Then the government of President Sebastián Piñera harshly repressed what the crowds defended as a just demand. 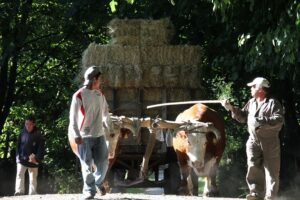 Nearly 30 dead, thousands wounded and 460 people with eye injuries were the result of the shots fired with pellets or tear gas bombs by the Carabineros and the mobilisation of the army ordered by the president.

One of the main demands of the demonstrators was to change the current constitution, inherited from the Pinochet dictatorship, and to strengthen the role of the state in the provision of basic services.

The call for the creation of a Constituent Convention was one of the great victories of the days of protests, a body elected by popular vote that is currently drafting the new fundamental law, which should come into force after being submitted to a referendum in the second half of the year. In this respect, Boric has been very clear: “I want you to know that you have our full support (…). I am extremely proud of the work they are doing”.

The young politician, who rose to national prominence as one of the student leaders of the 2019 demonstrations, insisted on the importance of the competence of this body and recalled that the new constitution must be approved by Chileans in a plebiscite scheduled for 2022. 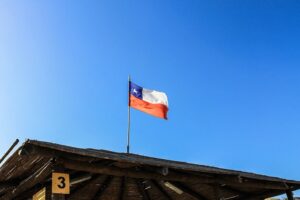 Another major challenge for the new government, which will have 14 portfolios headed by women, including Defence and Foreign Affairs, will be to strengthen the role of the state as a regulator of national dynamics, especially in the economic sphere, defending the interests of society over those of the private sector.

In this area, Boric should work to reform the current pension system, increase the minimum wage, reduce working hours, increase taxes on the richest and achieve a better redistribution of wealth.

All of these aims are included in the campaign objectives he championed and was supported by the majority of his compatriots at the polls.

Boric’s economic advisor during that crusade, Fernando Carmona, stated that the government’s programme also committed to transformations in the education and health systems, and the expected economic revival after two years of being affected by the Covid-19 pandemic.

This last point is where the new administration has one of its most complex scenarios because, according to national experts and the World Bank, Chile’s economy will grow by around 2% in 2022, which is lower than the figure recorded in 2021. 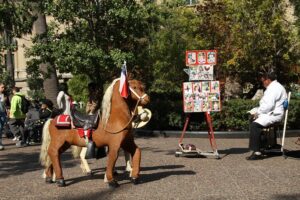 The economic revival plan will influence both the public and private sectors, with an emphasis on improving small and medium-sized enterprises and creating jobs for women.

In any case, a path of hope opens up for Chileans, as Boric is the youngest elected president in the country’s republican history, and the one with the most votes: 4’600,000 votes in his favour. (PL)