Democratic forms without economic solutions do not serve the majority, they are purely a cosmetic gesture without much effect on day-to-day life. In representative democracies (a synonym of economies governed by the market), elections are just another episode in the social landscape and, in reality, do not alter the basic structure in the slightest. 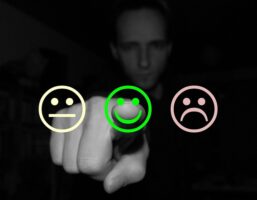 The same thing happens in any country that has this structure. The difference between the rich countries of the North and the poor ones of the South lies not, exactly, in their political forms (they are broadly analogous) but in their economic structure, the pillar of the whole social edifice.

Who is in charge in these democracies? Is it really “the people” through their representatives, chosen in free elections every certain period of time? It is difficult to believe.

Politics in the hands of a caste of professional politicians ends up being a perverse form of manipulation by powerful groups, something which is far from the oft-repeated idea of democracy, of people’s government and grandiose words that nobody believes.

Experience shows that beyond the ritualised act of voting, public life’s fundamental decisions are taken light years away from the ballot box.

Has a voter ever been asked about the increase in the price of fuel or of essential items, about the declaration of a war or the percentage of the national budget that should be devoted to education or health? Are ordinary citizens really consulted and their views taken into account? How often do parliamentarians discuss the problems they will have to legislate on with the population they supposedly represent? 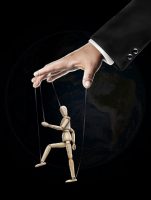 How often do neighbours participate in municipal council meetings to make effective decisions about the problems of their community? Democracy, like this, ends up being purely a cosmetic act.

The recommendation at each election to think carefully about one’s vote before casting it sounds empty, or even hypocritical.

What does that mean? Perhaps the disaster that is being witnessed in Guatemala, for example (to mention one of the many countries that is said to live in democracy), is due to the voters not thinking carefully before voting? That seems rather absurd, if not perverse.

Are the population’s hardships the result of its poor decisions then? Are voters themselves to blame for their misfortunes because they “did not choose well”?

It must not be forgotten that if the electorate chooses someone the status quo does not approve of, that “socialising” experiment is very likely to be ended by a bloody coup d’etat, or by the sort of “soft coup” Washington has started to execute. As is well known, it is over 30 years since Guatemala (to continue with that example) returned to what is called “democracy”. Or to put it more precisely: to the scenario in which every four years the adult population goes to a shopping centre to cast a vote. What a few years ago was called the “democratic transition” is over then (was full democracy achieved then?)

Ten administrations have come and gone since the end of military rule, and the causes that in the 1960s led to a bloody armed conflict with over a quarter of a million deaths and disappeared did not change. What is more: they worsened, apart from minimal cosmetic changes. 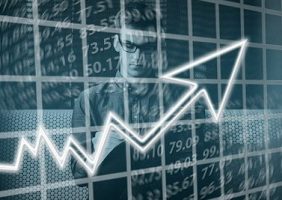 Citizens vote every four years but nothing fundamentally changes beyond the face of the leader of the day: 70% of the population below the poverty threshold, extensive chronic reading and / or functional illiteracy, malnutrition, exclusion of majorities, racism, patriarchy, all of that always remains the same regardless of the administration elected by a popular vote. Why vote then?

Within the capitalist framework there is no solution for this crisis. It is not a matter of “good” or “bad” governments or leaders who are a little more or a little less corrupt. The problem is structural: professional politicians are not directly the problem to overcome. Corruption is one symptom, among others, along with impunity, widespread violence etc. The problem is the system as a whole, regardless of which side is in government.

This situation is found equally in all countries subject to this model of “market democracies”. Beyond the visible faces, there are no substantial changes after each election.

The United States or any European capitalist power continue on their course beyond the leader in question: they are imperialist countries whose working class has a relative wellbeing.

In the self-appointed “guardian of democracy”, the United States, what real difference exists between the Republican and Democratic parties? 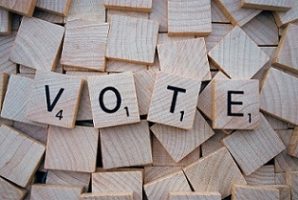 In the Third World, without disparaging the redistributive policies that more “progressive” centre-left governments (those that have come to power recently in Latin America, for example) might implement, the exploitation and poverty of the majorities persist.

There are nuances, of course; but for the voting populations, and in relation to the established dynamic in the world today (North imposing its terms on the Global South, South paying the immoral external debt), there are no deep changes with the leader who sits in the presidential house for a few years.

Does all this discredit the electoral struggle for change? No, of course not. But one must be clear that the system permits certain political-social games, tolerates some cosmetic modifications, but when it is about the levers that ultimately maintain it (the economic levers), it reacts immediately when faced with any real possibility of deep change.

That does not mean dismissing the struggle within the framework of the democratic capitalist institutions but it must be a warning of its limits, which are inviolable by the way. (PL)