In Spain, Pedro Almodovar’s fame and international recognition do not always find appropriate spaces, but his luck changes in other scenarios.

His latest film, “Parallel Mothers” came away empty-handed from the 36th edition of the Goya Awards, and something similar happened at the Spanish Film Academy with his Oscar nominations.

The big winner at the last Goya Awards was Fernando Leon de Aranoa’s “The Good Boss“, with a prize for Javier Bardem, who a few hours earlier celebrated the Oscar nominations of his wife, Penelope Cruz (“Parallel Mothers“) and his for “Being the Ricardos“.

To the most impartial observer, what happened in Valencia’s Palau de les Arts (home of the Goya Awards) signals, to say the least, an internecine war that does little for the Spanish seventh art, although the virtual sabre-rattling did not call for blood, although it came very close. In the dock is the Film Academy for the method of choosing the films that aspire to the Oscars for Spain. The issue drew comment from Agustín Almodovar, Pedro’s brother and main producer. And perhaps, it accentuated the “punishment” of “Parallel Mothers“.

“For me, the system should be more objective and transparent, and my example is France, where the second round of voting is carried out by a committee chaired by Thierry Fremaux, general delegate of the Cannes festival, and made up of a group of notable people from the industry with names and surnames,” said Agustin Almodovar. 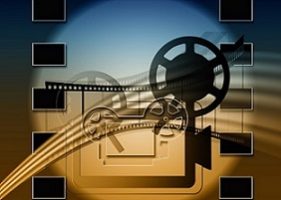 The Almodovars have won numerous awards worldwide, including three Goya trophies and another as a new director. He has also been awarded four times for his work as a producer and has won the most nominations for best film: 10.

However, this is not the first time that Almodovar has left the Goya Awards empty-handed, as happened before with “Tie me up! Time me down!” (1991). And especially in 2003, when the Academy decided to send “Los lunes al sol” (Leon de Aranoa) instead of “Talk to her” (Almodovar) as Spain’s Oscar nominee.

Leon de Aranoa finally won the statuette for Best Original Screenplay. “Los lunes al sol” did not make it to the final round. Now history repeats itself: “The Good Boss” is the winner of the 36th Goya Awards.