I have a distinct childhood memory, of a scene from a film I saw, where a man is looking at a blue flower, which I remember as a blue rose. 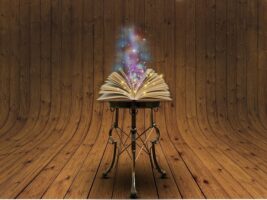 The image has stayed with me, throughout my life: a picture disconnected from anything else, anything outside itself; from any frame of reference, any system of meaning.

Much later, thanks to the internet, I discovered that it is part of the Sinbad movie, “The thief of Baghdad”, made in 1961.

This was rather disappointing, because, instead of the mystery and magic surrounding my memory, this film is actually a quite bad, cheesy, low-budget fantasy film. Then, however, I found out that the blue flower is also a reference to the writing of the German Idealist philosopher, George Friedrich Hardenberg, better known by his pen-name, Novalis.

He credited the idea of the blue flower to a dream he had, about a stranger’s after-dinner tale. The symbol, however, became an inspirational motif for the wider Romantic movement.

This cultural, artistic, development arose in reaction against the Enlightenment. Opposed to the classicism and rationalism of Enlightenment atheism, the Romantics sought a return to religion. 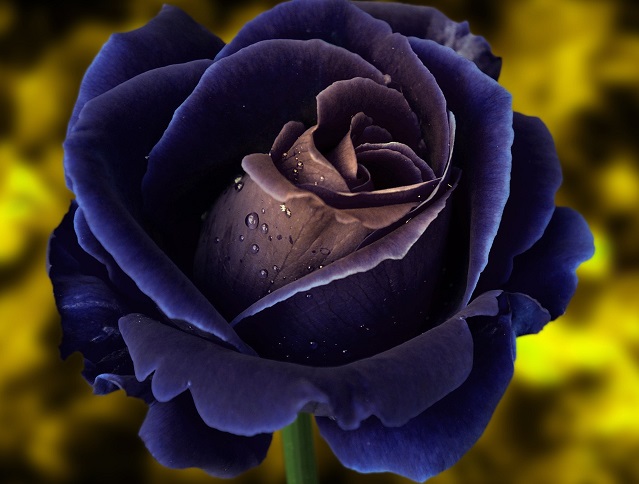 For them, the blue flower was an emblem of the unrequited longing, the yearning which propelled the human soul beyond the confines of the material world, into the realm of the spirit.

Some found refuge in a revivified Catholicism, others in the heritage of Pietist Protestantism. For both, the importance of ‘feeling’ was paramount in spirituality.

English novelist, Penelope Fitzgerald, also wrote a book in 1995, entitled “The blue flower”, which depicted the early life of Novalis.

Here, she connected the flower with his disappointed first love and fiancee, Sophie, who died young, of tuberculos is.

It would seem though that the tale must possess another, perhaps deeper, meaning, because it Novalis apparently had the dream, on which he based his story, before he met Sophie.

Significantly, his story was never completed. It thus remains a symbol, generally, for the unfulfilled longing, which characterises our human experience.

As such, the blue flower is a continuing representation of our desire for something more in life. The theme is taken up in the 2018 Brazilian movie, “The blue flower of Novalis”. 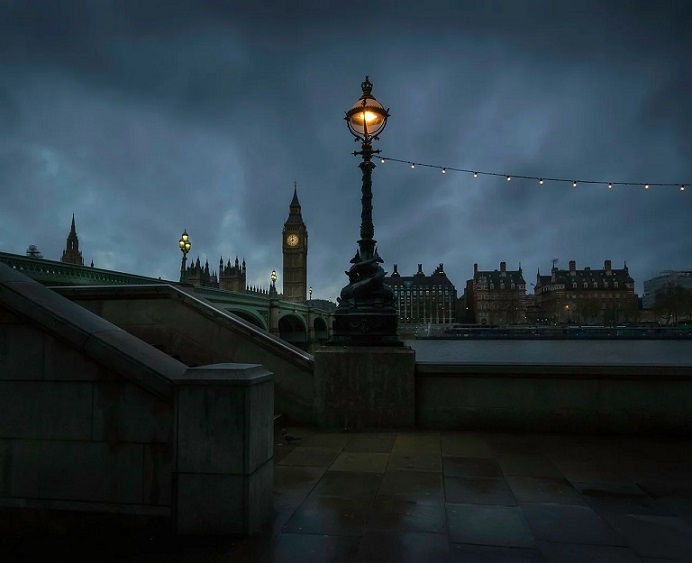 Called, in Portuguese, “A rosa azul de Novalis”, the film traces the life of a gay man, as he converses about his desires and longings, tracked through his literary tastes and sexual hook-ups.

Not understanding Portuguese, I am dependent on the English reviews of the film; but evidently, the central figure also considers himself a kind of reincarnation of Novalis.

This generalisation of yearning, through the blue flower, is also reinforced, for me, in the fact that I can’t watch it, and if I did, I would not understand it.

We are in the realm of the unsatisfied, unspecified, reaching for the transcendent, something which will meet our emptiness, with its fullness.

For our materialistic, possession-driven, gadget-obsessed, society, this powerful and impossible aspiration, may help drive us beyond our narrow little ambitions.