In the Middle East, they do not approve of Russia’s war against Ukraine, but their streets are abuzz with criticism of the immediacy with which the US and European countries acted, while Tel Aviv’s violations have been ignored for decades. 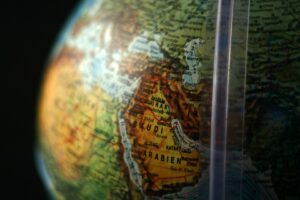 They refer to the measures taken against Russia, for example the swift activation of the International Court in The Hague and the UN Human Rights Council, the mass reception of hundreds of thousands of Ukrainian refugees and the attacks on minorities when they try to escape from that country are actions that give more fuel to those who denounce Western hypocrisy.

Another example is the boycott of Russian athletes by the International Olympic Committee and several federations, which contrasts with the threats by the same institutions to those who refuse to compete with Israelis.

“What dirty politics. When the occupation (Israel) was committing massacres against our people in Palestine and bombing houses, they told us: Don’t mix politics with sports,” criticised Bein Sports’ Omani commentator Khalil Al Balushi on Twitter.

“The decision (by FIFA) to prevent Russian clubs and teams from participating in all tournaments must be accompanied by a ban on the participation of clubs and teams affiliated with the Zionist entity (Israel), because it has been killing children and women in Palestine for years,” wrote former Egyptian footballer and sports commentator Mohamed Aboutrika. 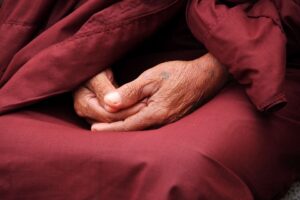 Speaking to Voice of Palestine radio, the foreign minister criticised “the treatment of Washington and its allies towards the Palestinian issue compared to other issues”.

For his part, the spokesman for the governmental Fatah movement and member of its Revolutionary Council, Osama al-Qawasmi, asked whether “Palestinian blood for some people is second class”.

Israel imposes a system of apartheid on the Palestinian people and yet we hear no condemnation or rejection of these crimes from the world and its institutions, he stressed in a statement a few days ago. For his part, Hussain Al-Sheikh, a member of the Executive Committee of the Palestine Liberation Organisation, said that “when colour, religion and race become an identity, values, morals and humanity are lost, and when international legitimacy is abused in two ways, justice is lost”.

The president of the Palestinian Supreme Court, Mahmoud al-Habbash, also condemned “the silence of the international community on the Israeli occupation’s violations of Palestinian human rights, and the uprising of this society against human rights violations in other regions of the world”. 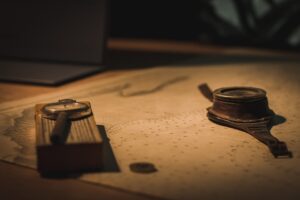 Al Habbash criticised how international legitimacy is applied according to religion, colour, gender or geography.

Outside Palestine, there are also critical voices, such as the head of Lebanon’s Progressive Socialist Party, Walid Jumblatt, the Jordanian writer Rula Samain and the Lebanese journalist Magda Abu-Fadil.

“When will sanctions be imposed on Israel for occupying Palestine, as quickly as they were imposed on Russia?” Jumblatt asked on Twitter. (PL)