If proven that Guillermo León Acevedo Giraldo was the founder and leader of the BCB and BLS, he will have to answer for the atrocities carried out by the paramilitaries. If convicted of crimes against humanity and unable to take advantage of the amnesty agreement negotiated by the AUC, Acevedo will likely spend the rest of his life in prison. 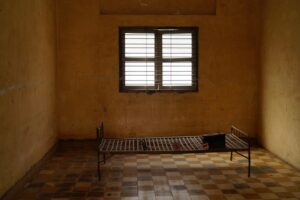 Alleged drug trafficker “Memo Fantasma,” or “Will the Ghost,” was formally charged with money laundering and criminal conspiracy during a virtual hearing on March 9, as his lawyer now also appears to be under investigation.

Guillermo Leon Acevedo Giraldo, arrested in June last year and currently in La Picota prison in Bogota, maintains his innocence. He has insisted he is not Memo Fantasma, a drug trafficker who started his career in the Medellin Cartel, nor alias “Sebastian Colmenares,” a founder and leader of the Centraliívar Bloc (Bloque Central Bolivar – BCB), the most powerful faction of the brutal paramilitary army known as the United Self Defense Forces of Colombia (Autodefensas Unidas de Colombia – AUC).

InSight Crime revealed these two alternate identities in a 2020 investigation that uncovered Memo Fantasma’s history and where he had been living in Madrid.

The legal strategy of mistaken identity is being pushed by Acevedo’s lawyer, David Espinosa Acuna, who recently released a statement reaffirming Acevedo’s innocence, even as some of his properties worth millions of dollars have been seized by the state. Their sale will be used to compensate victims of the Colombian civil conflict. 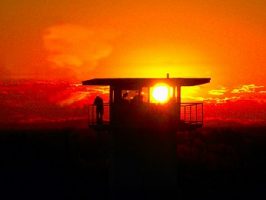 InSight Crime contacted Espinosa to give him the right to reply. He did not respond directly but published a letter via Twitter denouncing “this macabre strategy, which seems to b increasingly common in Colombia and which aims to attack the profession of a criminal lawyer and generate undue pressure on judicial operators, deserves all our repudiation, outrage and condemnation.”

Espinosa filed a criminal libel case against InSight Crime Co-director Jeremy McDermott in 2020 for the publication that initially exposed Acevedo as a drug trafficker and former paramilitary with links to Colombia’s then-Vice President, Marta Lucia Ramírez. In a Facebook statement published in April 2020, he accused McDermott of attempting to “destabilize the institutional order of Colombia.” The criminal libel case was dismissed in December 2021. 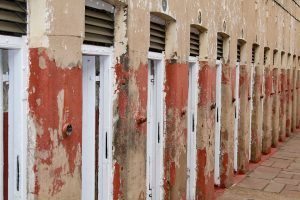 Returning to this week’s criminal proceeding against Acevedo, prosecutor Juan David Huepe stated that he had testimony from five former AUC members confirming that Acevedo was a senior member of the paramilitary group and funded the right-wing army through drug trafficking, among other information included in the more than 300 folders of evidence presented to the court.

InSight Crime had interviewed two of those cited by Prosecutor Huepe in 2019 and 2020. Jose German Senna Pico, alias “Nico,” and Carlos Fernando Mateus, alias “Paquita,” were both mid-ranking members of the AUC and identified Acevedo through photos as a senior member – if not the most senior member – of the BCB.

Also cited by the prosecutor were the brothers Rodrigo and Guillermo Perez Alzate. Rodrigo, better known by his paramilitary alias of “Julian Bolivar,” was the military head of the BCB, while Guillermo headed a BCB unit known as the Liberators of the South Bloc (Bloque Libertadores del Sur – BLS) and based out of Narino. Finally, Salvatore Mancuso, a top AUC warlord currently in prison in the United States, has also identified Acevedo as a paramilitary drug trafficker.

Despite this, Acevedo is not facing charges related to drug trafficking or his time as a paramilitary, but rather just money laundering and criminal conspiracy. If convicted of both, he faces between 15 and 40 years in prison. The Colombian Attorney General’s Office has identified assets of Acevedo’s worth almost $18 million, but InSight Crime has tracked properties and investments in excess of $30 million. 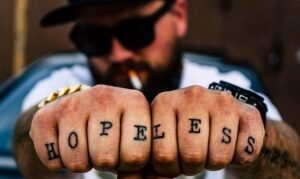 Much of this wealth is in the names of Acevedo’s mother, Margoth de Jesus Ramirez Giraldo, and his grandmother, Maria Enriqueta Ramirez. They both stand accused as well and were present virtually for the hearing.

Also cited in the evidence laid out by the Attorney General’s Office was Acevedo’s partner and the mother of the youngest two of his five children, Catalina Mejia Acosta. Living in Spain, Mejia is also under investigation and was called to make a formal declaration last week at the Colombian consulate in Madrid ,but did not appear.

The news that Acevedo’s lawyer might be involved in criminal activity further complicates the legal situation for Memo Fantasma.

While the charges he currently faces could result in a sentence of between 15 and 40 years, Acevedo could find himself responding to charges of crimes against humanity, if it is proven he was a founder, leader and funder of the AUC paramilitary army.

Since the BCB demobilized more than 7,500 fighters in 2006 as part of the AUC’s peace process with the government, a series of studies into the atrocities committed by this paramilitary unit have been conducted. The most conservative estimate has the BCB killing 14,000 Colombians across eight of the country’s 32 departments. At the higher end, there are an estimated 31,000 victims across 13 departments, with many killed in massacres. 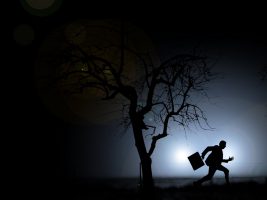 InSight Crime has reason to believe  that Acevedo was not only one of the founders and principal drug traffickers of the BCB, but that he also personally created the BLS, the paramilitary unit based in the department of Nariño. Situated along the border with Ecuador, Narino was, and remains, one of Colombia’s foremost drug trafficking centers.

InSight Crime investigations into Acevedo have revealed that he moved most of his drug consignments from Narino, often working with Mexico’s Sinaloa Cartel. As well as massacres and general violence, the BLS was responsible for the high-profile 2001 murder of Yolanda Ceron, a beloved nun and social leader.

If proven that Acevedo was the founder and leader of the BCB and BLS, he will have to answer for the atrocities carried out by the paramilitaries. If convicted of crimes against humanity and unable to take advantage of the amnesty agreement negotiated by the AUC, Acevedo will likely spend the rest of his life in prison.