A potential peaceful agreement between Western powers and Russia could lead to progress in achieving rules of the game that exclude military confrontation and in which simple peaceful competition between companies predominates. It could end a war that no one wants. But it is the correlation of forces that will determine the end. 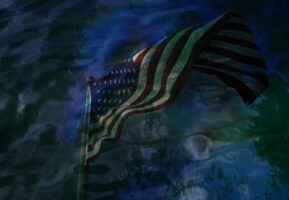 Russia’s military offensive in Ukraine responds to the nature of a great power in the process of regaining its place on the world stage. From this perspective, the invasion is largely a response to the offensive by the United States and its European allies bent on preventing Russia from regaining its role as a great world power.

Pre-Putin governments, particularly Yeltsin, gave control of much of the former Soviet Union’s economy to the West. The rest was quickly appropriated by the traditional elite of big businessmen in the former state-owned enterprises of the USSR, under the complacent gaze of Washington and its allies.

Putin, on the other hand, came to re-establish order with the project of making his country, once again, a decisive actor in the structure of the powers that today make up the new reality and in which the United States is gradually losing its role as a hegemonic power. The European metropolises seem to be content with a complementary role to the United States.

The Western powers’ strategy has been to put permanent pressure on Russia by violating all the agreements reached with Moscow when the Warsaw Pact was dissolved. 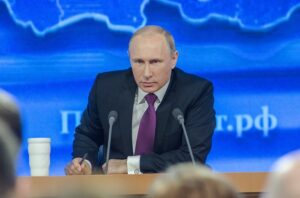 This pact established that NATO would not occupy the spaces left by the dissolution of the socialist camp in the Old Continent.

The West never fulfilled this pact and Russia has been surrounded by more and more (atomic) military bases through NATO enlargement.

The next step is to turn Ukraine into a new base for this pact of Western powers.

The broken promise concerning the separatist regions (Donetsk and Lugansk) was just the spark that set the prairie on fire.

Criminal actions of the Ukrainian army, particularly the paramilitary group installed in the Kiev government (Nazi-inspired) against pro-Russian pro-separatist citizens was an imminent reason for Moscow’s decision to invade Ukraine. Many of those persecuted are Russian citizens.

Without considering these elements, the only explanation is the propaganda that pervades the media, which is full of manipulation and prevents the reader from knowing what Russia has to say about it.

According to Western propaganda Putin is a madman, a bloodthirsty dictator who oppresses his own people and an irresponsible man who is leading humanity into nuclear war. 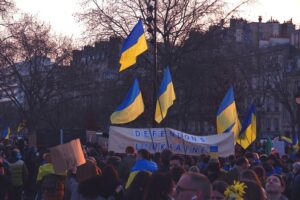 Of course, President Putin is not mad and the decision to attack Ukraine has normally been carefully considered and is the result of a study of the local and global situation by highly qualified teams, as befits a great power.

Moreover, as far as is known, the majority of the Russian population supports its president and only a minority disqualifies him; surely this support has a very strong nationalist base, the same base that underpins support for Putin’s policies, seen as the president who has recovered Russia and saved it from the permanent humiliation of the West.

Nor does there seem to be much reason for this conflict to lead to nuclear war, since the so-called “atomic nuclear counterbalance” that Russia achieved by possessing these bombs makes such a confrontation unthinkable because no one would win.

Even a country as insignificant in the global balance of power as North Korea manages to prevent its territory from being razed to the ground by possessing only a few atomic bombs that are in a position to hit Washington, if necessary. It is not only Pion-yang that would disappear from the map.

The complicated interplay of forces between Western powers and Russia then constitutes the real transformation of the Russian offensive in Ukraine, as Putin himself stated (in the  very, very few statements by the Russian leader that can be found in the Western press). 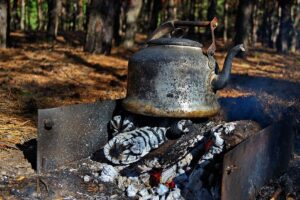 Putin claimed that if the West installs its missiles in Ukraine, they can reach Moscow in five minutes. It is not surprising then that not a few people wonder, with the same logic, what the United States would say if Russia were to install similar missiles in Latin America and the Caribbean surrounding US territory.

Beyond the self-serving speeches, propaganda and manipulation that in an exercise of enormous hypocrisy supposedly defend democracy and freedom, the West in Ukraine ignores Iraq, Afghanistan, Syria, Libya or similar cases in the rest of Africa or Latin America.

What about the solidarity offered to the more than one million Ukrainians fleeing war while it is totally missing for the millions of Asians and Africans seeking refuge in Europe and suffering discrimination and neglect?

All the more reprehensible since those who leave Africa to seek refuge do so to flee tribal wars that are being waged by big business from the capitalist West to secure markets and raw materials. Then there are the people affected by climate change who see their homes turned into uninhabitable deserts, an unnatural phenomenon for which the rich and developed nations are largely to blame. Their wasteful and irresponsible consumption has a negative impact on nature.

Weapons to help the Ukrainian resistance? Why not use the same logic to arm the Palestinians massacred by the neo-Nazi Zionism of Israel or the people of Western Sahara equally massacred by the corrupt tyranny of Morocco?

The current war in Ukraine is thus in no way unrelated to the interplay of capitalist powers trying to accommodate themselves adequately on a world stage in which US hegemony is giving way to a new world order yet to be consolidated.

A possible peaceful agreement between the Western powers and Russia could lead to progress in achieving rules of the game that exclude military confrontation and in which simple peaceful competition between companies predominates, which is precisely what China is proposing.

World War I and World War II were caused by fierce competition between the major capitalist countries for markets, raw materials and spheres of influence.

Then, the aforementioned “atomic balance” made a similar war between capitalism and socialism virtually impossible, a deadly balance that would still be applicable today.

Today, as in the past, it is in the best interests of the great powers to shift their wars to protagonists on the periphery of the world system. This time it is Ukraine’s turn, but tomorrow it could be Venezuela or Cuba.