Why are the actions against Moscow accepted and promoted by the same people and entities that ignore, criticise or reject the calls of peoples under occupation and attack, such as the Palestinians? 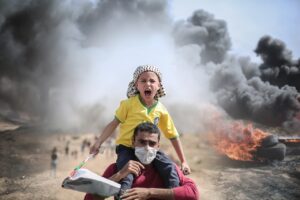 Washington has never faced exclusions or sanctions after its numerous invasions in the last few years in countries such as Iraq, Syria or Afghanistan, just to name a few.

The US, the UK, the EU and Israel say they hold Ukraine’s territorial integrity and sovereignty sacred, but they do not apply the same principle when it comes to Palestine and its people, with thousands killed by Tel Aviv’s regular aggressions.

When activists and movements for the rights of Palestinian people have tried promoting a “boycott” of Israeli products and services, they are often harshly criticised and labelled as anti-Semitic. Analysts say that the Palestinians have the right to ask why Western leaders impose crippling sanctions on Moscow and threaten to retaliate in any way if it continues its military operations in Ukraine, and do not take similar measures against Israeli colonialism.

Meanwhile, social networks such as Facebook and Twitter are showing campaigns featuring examples of Ukrainians that are hailed and supported as heroes for their opposition to Moscow’s actions.

The Palestinians who defend their land are criminalised as “terrorists” and are often mentioned in this was in the Western press. 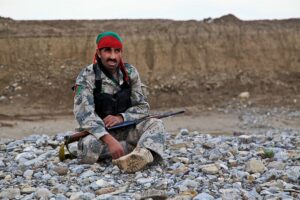 Tel Aviv’s military forces have bombed Palestinian villages and are responsible for the killing of innocent civilians, as many organisations denounce, but no Western power has taken significant punitive actions against this occupying state,

In fact, when Israel attacks the Palestinian homes, hospitals and schools, the US and Europe claim that Tel Aviv has the “right to defend itself”.

If Moscow asserts its right to self-defence, it is condemned with harsh sanctions on its financial system and is even rejected by sports associations that used to say that politics should be kept out of sports at a time when Palestinians were demanding action against Israel.

Israel, whose illegal settlements in occupied Palestinian territory have been condemned by the UN, stressed that it “supports the territorial integrity and sovereignty of Ukraine”.

Yemen, Iraq, Afghanistan, Syria, Libya, and the Palestine are directly or indirectly victims of North Atlantic Treaty Organisation aggression, the same aggression whose expansion is setting off Moscow’s alarm bells. 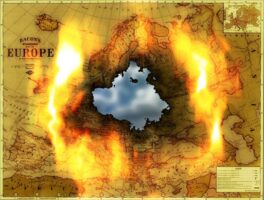 Currently, a sort of “anti-Russian” fever is sweeping the United States amid calls from the media and local authorities to exclude products from the Eurasian country.

According to The Washington Post, US bartenders are pulling Russian-made products from their shelves and several governors are signing orders to curb sales of Russian liquor and other products in their states.

The Volkswagen and Mercedes-Benz groups announced that they would no longer export their vehicles to Russia and would stop producing them locally.

Netflix reported that it will not stream any Russian channels on its platform in Russia. Disney, Sony Pictures and Warner warned that they were suspending the release of their films in the country’s cinemas.

Apple, Nike and H&M, among others, also halted sales in Russia and said they would pull out, while tech giants Google and Meta are taking action to limit the reach of Russian media outlets RT and Sputnik.

On the other hand, these companies enable anti-Russian propaganda, denounced Oleg Gavrilov, deputy head of the Information and Press Department of the Moscow Foreign Ministry. 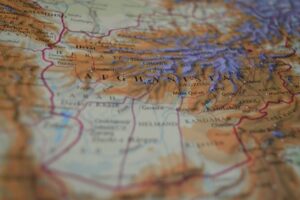 The state of Israel has existed for more than 70 years, and Palestine is still waiting for recognition as a state and fighting against Tel Aviv’s expansion, which is leaving an increasingly fragmented territory.

Yet the West continues to provide Israel with sophisticated weaponry, which its army uses to attack Palestinian populations and dispossess them of their land. (PL)