Migration is mostly to escape insufferable situations and to find better ones. A group of Senegalese men survive selling on the streets and beaches. Being so far apart from relatives and partners adds to their difficulties. 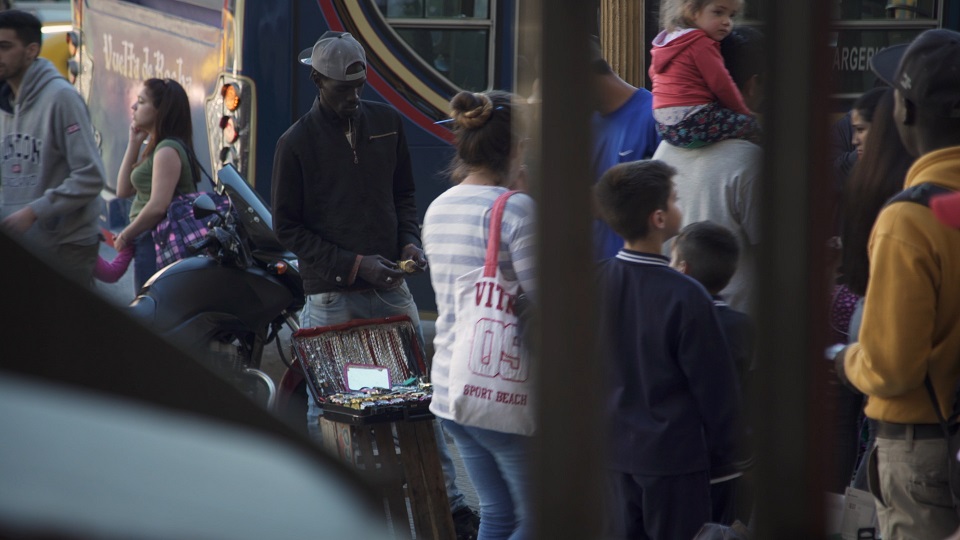 Migration is mostly to escape insufferable situations and to find better ones, and the way a film-maker interacts with the topic is often conditioned by the ways they meet their characters.

Sometimes a group is consciously targeted, sometimes a film-maker finds themselves drawn into immigrant life by accident and curiosity, as is the case with Andres Guerberoff, who made “Borom taxi”, his first film about a group of street sellers he met in the area where he lived. The film won first prize in Cinema Tropical at the Labex festival, a Work in Progress in Buenos Aires, consisting of six awards of services like translation, editing etc. The film had its world premiere at the Visions du Reel festival in Switzerland in 2021.

In conversation with The Prisma, Andres tells how his curiosity seeing Senegalese people selling in the streets, speaking a strange language, and a chance meeting at a religious festival held in a nightclub drew him into their life and culture, and made him want to make a film. And making this film was a mind-opening experience for him, as he recognized personal issues which were echoed in their lives. 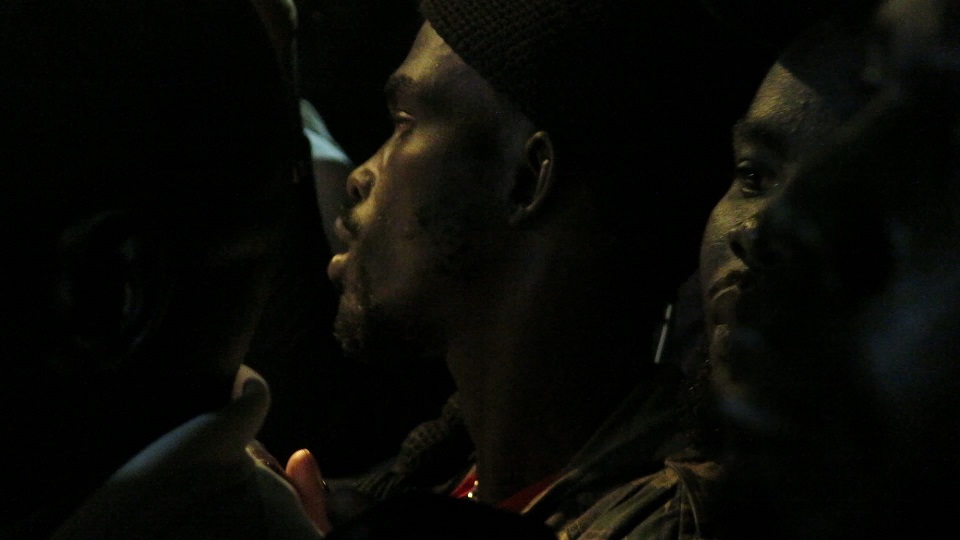 The precarious life of migrants is vividly described as it impacts on his attempts to plan the film.

Other articles will look at the experience of rehabilitation from trauma; travelling in a large migrant convoy to the US; the life-threatening journeys of those who try to enter Fortress Europe in small boats; and the situations that often lead people to migrate from poverty in an African country.

Visions du Reel said your film is one that starts from the question: “How do you film the Other?” What is your approach?

This was an issue that was unveiled to me especially during a period when I already felt that the project was on a settled course. At the same time an imperative kept passing through my head that I had heard, saying: “you have to film what you know”.

And there was also the principal of creating spaces from where the voices of the community being portrayed can speak.

Some scenes of observation, others improvised, or even the movement of the camera, for example.

The issue of “how to film what you know” was resolved in different ways.

From a simple paradigmatic phrase that Billy Woodberry said to me, “you did not choose to film the Senegalese community, they chose you”, to understanding that there were certain universal feelings hidden under more visible situations which found an echo in my own experience, such as the distance from people I cared about that I was experiencing.

Finding these anchor points made me feel linked to the world I was investigating, like solid ground in a dizzying process. Then there was the idea of exploring unknown territories, and of trying to bring some of this awe I felt to the screen. A special journey because it was both so close and so distant, discovering a hidden world in my own city.

How did you come to make this, your debut feature film?

I had been writing a script for some years, African immigration to Buenos Aires is quite recent. These new characters in the streets excited my curiosity, with their clothes, their manners, their language. 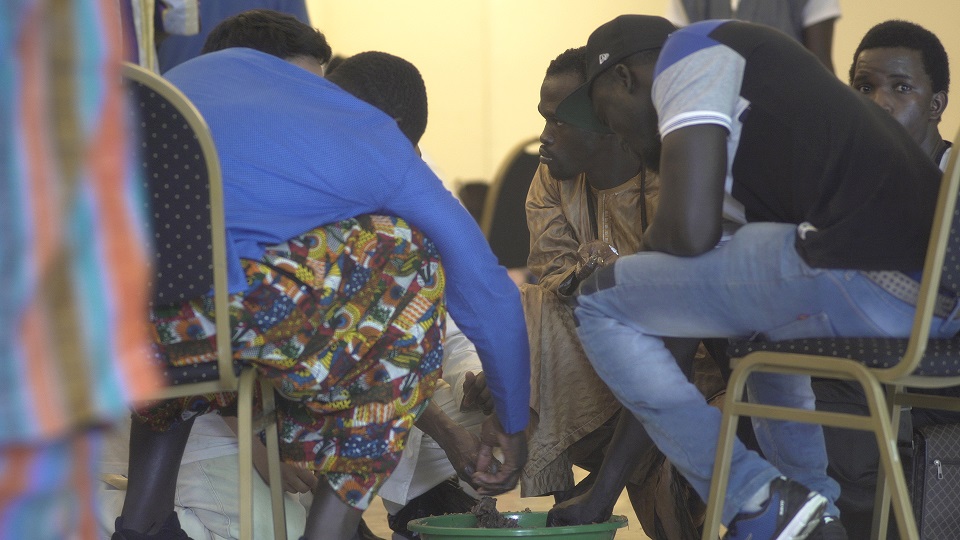 I felt that this was reason enough to include them in the script and I wanted to film something involving them.

And I also wanted to break down the barrier between fiction and documentary.

When I began searching for the cast and scouting for locations everything took a completely unexpected turn.

The connection I felt to the people I was meeting, the commercial area where they spent their time, their hostels, their community festivals, was very strong. I knew that I wanted to spend more time there, and that that was all I needed for the film to happen.

Why are these Senegalese people in Argentina? Did they go to Spain first?

There is a well-known migration route from Senegal to Buenos Aires, passing through Madrid, crossing to Quito, and from there in minibus to Brazil. They reach a remote place on the border where they cross by raft, at night carrying contraband. 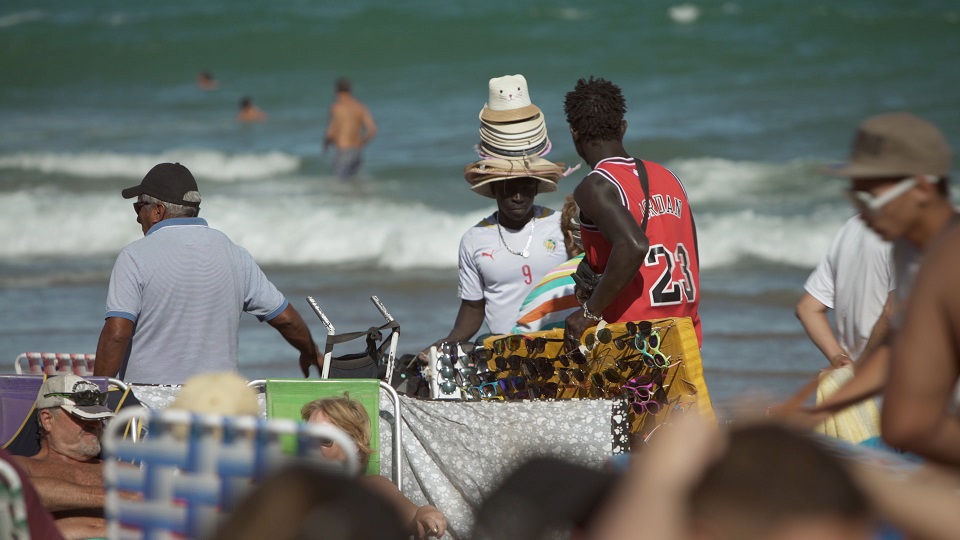 But some of them I met came in different ways, by direct flight, or as a stowaway on a boat like a young guy from Guinea in an earlier wave of migration 15 years ago.

Did they need to pay traffickers on their journey?

All the time, each stage of the journey involves payment, and those who come direct have to pay a lot before they leave.

You spent 4 years making the film. Why so long?

My mastery of English is not good, and I was very soon in Buenos Aires on the online chat of Visions du Reel. Then I calculated the costs. The process of filming/production/writing lasted over two years. And before there was a year spent writing and applying for grants, which is usually very slow in Argentina; plus several months of post-production. 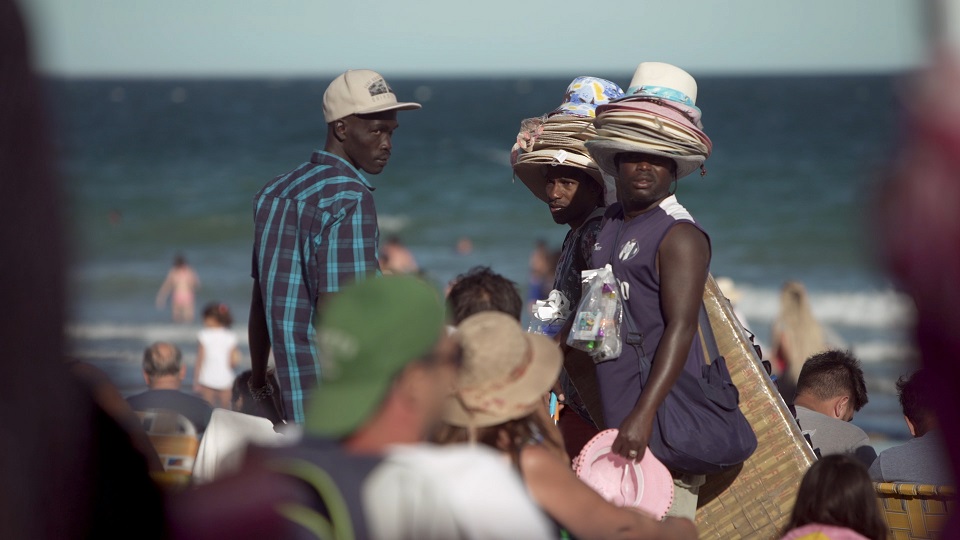 The period working with the main character was extended very often because of his travels, or because we ran out of money. There would be times when I got a call saying “Do you want to come and film something? Tomorrow I’m going to live in Brazil and I don’t know if I will come back”.

Then a few months later a surprise call saying he was back in Buenos Aires, but they had confiscated all the goods he was bringing over the border. He asked if we could film something urgently, because we paid each day.

How did you meet the people, and did you stay in touch with them?

I met the main character and his brother, who plays his friend in the hostel, at a religious festival.

There was a bowling alley in Buenos Aires, also known as a Salsa venue, but on that Wednesday night it was hired out for this Senegalese festival. Mountakha and Mouhamet arrived there at 3AM, with their white girlfriends and played for the party.

That night I recorded them a bit and became fascinated, not only with the presence they had, but also with how photogenic they are.

Mohamed, the boy who receives the main character when he arrives at the hostel, I met one day in the street when the police had stopped them from selling. I was there with my small camera and he came over and told me how his father in Senegal was very interested in cinema. We became friends, and as well as acting he also collaborated with translations and other things.

Mbayang and Sonia, some of the Senegalese women who appear, I met at a meeting for renewing passports. I spent many hours in their communal places in these years.

Yes, we stay in contact but much less often.