The United States is beset by a range of problems, including rising consumer prices, a debt that surpassed $30 trillion (trillion) for the first time in 2021, and foreign policy blunders, in a midterm election period and with low approval ratings for President Joe Biden. 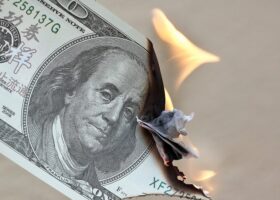 Now that the Russian military operation in Ukraine is being accused of being “responsible for the collapse of the global economy”, it seems that the Western media have forgotten the continuing effects of Covid-19, which in 2020 almost paralysed economies.

Since January, the US Treasury Department has reported that headline inflation rose 7 per cent year-on-year in December 2021 – the highest since 1982 – a figure that had been rising since the middle of the previous year, with November’s rate at 6.8 per cent.

This prompted the Federal Reserve (Fed) to announce in January the possibility of a March interest rate hike, which is currently in the range of zero to 0.25 per cent. At the time, Fed Chairman Jerome Powell argued that the US labour market was healthy and dynamic, with more supply than unemployment, making it possible to raise interest rates without harm.

But Powell did not talk about the phenomenon known as The Big Quit – mass worker resignations – under which, according to the Labour Department, some 4.5 million employed people quit or changed jobs in November, with previous records in April, August and September.

Recently, Powell backed a rate hike of 1.4 percentage points, with prospects for further growth if inflation continues and despite the situation between Russia and Ukraine. 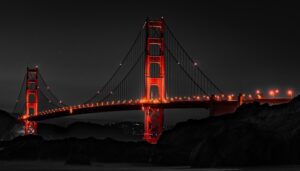 Coupled with higher borrowing costs, but it could also slow consumer spending and hiring, as the Fed’s policy of low rates – for years now – has been nourishing the US economy and financial markets, so some experts believe another recession could be triggered.

Incidentally, in their aggressive rhetoric against Russia, the US and NATO forget how they fuelled the conflict with Ukraine, advanced a strategic military encirclement that damaged the security balance in Europe and, despite Russia’s demand to negotiate an agreement favourable to all parties, continued this position of force.

Following the operation launched by the Eurasian nation on 24 February, an avalanche of economic sanctions fell on the country, including those related to the handling of the dollar, the disconnection of the Swift financial system and the use of airspace, among others.

In addition, US lawmakers announced that they will vote to revoke Russia’s permanent normal trade relations status, a category used by the World Trade Organisation to exempt a country from paying tariffs and which would remove the Eurasian giant’s benefits as a “most favoured nation”. 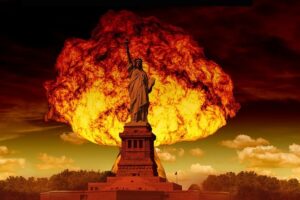 And the US announced that the G7 countries will agree to ban funding for Russia from multilateral institutions such as the International Monetary Fund and the World Bank.

The new coercive measures come on top of northern sanctions against Russian oil, gas and coal imports, the freezing of Russian central bank assets and the imposition of export limits, among others, aimed at intensifying isolation.

Yet suddenly Russia is responsible for the White House’s and the world’s economic problems. (PL)