As the cornerstone of indigenous aspirations and claims, territorial rights include the right to comprehensive nature conservation and water access. 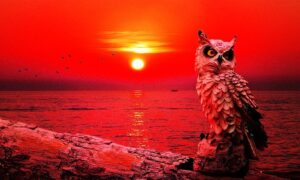 The current crisis and lack of protection is driven by an economic model that is based on over-exploitation by economic power groups and their extractive industries.

Despite the supposed abundance of water sources and large rainfed areas, mainly in the south, hundreds of thousands of people in different rural areas around the country are facing severe water shortages. This is driven by the commercialisation and plundering of water by Chile’s political regime and dominant economic model, which has permitted water privatisation.

While water is said to be for the use of “all Chileans”, access is granted to corporations, many of them transnational mining companies, agricultural export businesses, timber and wood pulping companies, and energy and sanitation firms. This vital element is consequently in short supply and the people face high service costs.

In 2016, an estimated 100,000 people in different rural areas of the Araucania region faced water shortages, i.e. 10.6 per cent of the region’s population. 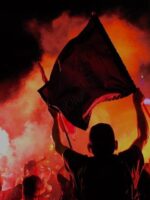 Most of those affected were members of the Mapuche people, in areas dominated by monoculture plantations belonging to the timber and agribusiness sector.

Drinking water had to be supplied using tankers, but the quality was below the standards recommended by the World Health Organization.

The situation has now reached crisis point as water shortages have intensified, alongside the global health crisis, the human, economic and social impact of which has still not been calculated.

Water access is a key factor in tackling this crisis where the impact is felt the most: production opportunities for farmers and communities.

As Chile moves into autumn, two voices share their assessment of what is happening in different areas, taking into account the social, cultural, economic, health and environmental situation.

*Claudia Mellado Nancupil lives in the Hueichahue area (Quilaco) of the Nueva Imperial commune. She is a food biodiversity promoter who rescues, identifies, describes and multiplies traditional seeds so that they can play a key role in regenerative smallholder agriculture. She describes the consequences of water scarcity in her area. She also describes the impacts on traditional market gardening and the food sovereignty of indigenous people in various other regions, which are affected by the external activities of the timber and agribusiness industries.

*Pablo Mariman Quemenado lives in the Curaco Trani Trani area, near to Cholchol and Galvarino in Araucanía. He is a Mapuche teacher, researcher and historian, as well as being involved in various field activities. Pablo shares his impressions of the consequences of the water shortages facing the area, describing how he has observed the water diminishing over time. 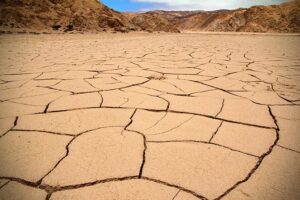 He recalls that he was still able to draw water from an old well in the summer. However, over the last five months at least, the well has begun to dry up and they have had to start getting water from the tankers. Pablo states that this is a major issue for those who keep animals and are involved in agriculture, as crops and animals need watering. He says that tree felling by the timber industry has destroyed all the native species and drained the water, and that chemicals have been used on the grass and weeds, with no regard for the surrounding neighbourhood.