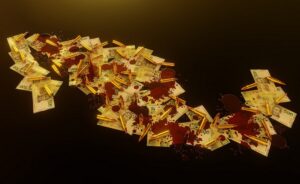 43.51% of kidnappings in Puebla in the last six years were not solved, since of the 458 investigation files initiated for this crime, only 248 were sentenced.

In addition, the new oral criminal justice system fostered impunity, as of the 210 complaints made under this system, only 63 cases, or 30%, were resolved from 2016 to 2021.

According to the study “Sentencias estado de Puebla 2021 (State of Puebla Sentences 2021)” by the Instituto para la Gestión, Administracion y Vinculacion Municipal (Igavim) (Institute for Municipal Management, Administration and Linkage), in this same period, 229 investigation files belong to the traditional justice system, of which 80.79 % of the cases have been solved.

Meanwhile, 70% of the complaints made under the Accusatory and Oral Criminal Justice System remained unpunished.

The report, based on data from the Executive Secretariat of the National Public Security System (SESNSP) and requests for information, highlights that the sentences may not correspond to the same period in which the crime occurred.

Although only 19.21% of reported kidnappings from 2016 to 2021 did not result in a conviction, there were more productive periods than others.

The highest number of convictions was achieved in 2021 with 31 cases resolved, which represented 163.16% of the 19 investigation files registered in that year.

This is because judgments from previous periods were resolved; in addition, there are cases that started to be linked to the new justice system.

In contrast, during 2020, there were only 11 convictions out of 27 reported crimes.

Modifications to the system, insufficient

Despite the fact that in 2016 the Accusatory and Oral Criminal Justice System began to operate, with the promise of clarifying the facts, protecting the innocent, punishing the guilty and repairing the damage caused by the crime, the reported sentences are lower; moreover, most of them are acquittals.

In 2017 and 2019, only 20 % of the reported crimes were solved. In the first case, sentences were obtained for seven of the 35 investigation files. In the second, only 14 of the 70 formal complaints that were filed were clarified.

In contrast, during 2020, 17 convictions were reported out of 19 reported crimes; however, these do not correspond to the same crimes that were recorded in that year. (PL)