The government of Ukrainian president, Volodymyr Zelensky, has condemned the proposed opening of an International Committee of the Red Cross (ICRC) office in the Russian city of Rostov-on-Don, intended to meet the needs of Ukrainian refugees arriving in Russia.

The Kyiv government has also rejected the opening of humanitarian corridors leading to Russia and threatened any displaced Ukrainian seeking asylum in Russia with charges of treason.

Last week, Kyiv closed a humanitarian corridor established by Russian forces in Mariupol, indicating that president Zelensky would prefer Ukrainian civilians to remain trapped by the conflict rather than allow them to flee to Russia.

Like the “Banderite” nationalists that Moscow deems neo-Nazis, Zelensky’s government is making a distinction between “true” Ukrainians -of Germanic or Scandinavian descent-and “false” Ukrainians of Slavic origin. According to Kyiv, the ICRC must not recognise the legitimacy of humanitarian corridors to Russia. Meanwhile, the ICRC has denied accusations of any involvement in “forced evacuations of Ukrainians to Russia.” 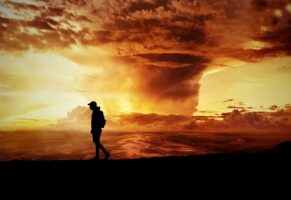 The ICRC tweeted a reminder that it is a “neutral, impartial humanitarian organisation” whose mission is to “help everyone, wherever they are.”