The opposition of Andres Manuel Lopez Obrador’s government denigrates the consultation, but it has only fanned a fire that could consume them. Participatory democracy is the power of the people, who alone have the power to appoint, but also to remove, their rulers. 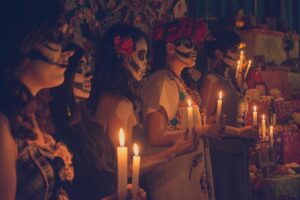 As the 10 April, the date of the plebiscite on the in Mexico, approaches, the debate is raising the political temperature around President Andres Manuel Lopez Obrador’s initiative.

The theory behind it is impeccable: there is no need to wait for the end of a six-year term to judge a president who has not done well or fulfilled the objectives for which he was elected by the people, nor to prolong his mismanagement if he can be removed from office halfway through. Its philosophical underpinning is also irrefutable: representative democracy is weak and flawed, allowing corruption to reign and moving away from the true content of the concept.

From the legal point of view, it is unobjectionable: it has all the institutional backing to be carried out. The three concurrent powers gave their approval: Legislative, Judicial, Executive and also, with their logical reluctance, the judicial and electoral institutes concerned.

With these attributes and endorsements, there is no doubt that the recall is an exercise in participatory democracy through which citizens exercise their right to change an official due to a loss of confidence in his or her performance. 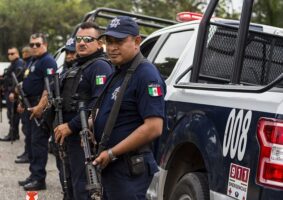 The implementation of this right, which has become an obligation by law, is interpreted as an empowerment of the citizen as an active entity in society.

However, this set of judgements, or this vision of a conventional participatory democracy, is not unanimous among the multiple political factors that feel part of the process, but at the same time affected or not favoured, such as the four opposition parties: The National Action, The Institutional Revolutionary, The Democratic Revolutionary and The Citizens’ Movement.

Its leaders, staunch opponents first of the constitutional reform that approved the recall of mandates, and now the implementation of the plebiscite, define it as a tendentious instrument of the government to mobilise loyalist forces with a view to the 2024 presidential elections.

Consequently, they opted for a strategy that so far has not given them many results: moving their influence within a judiciary that continues to be a nest of corruption in the government’s view, in order to minimise popular participation and undermine the credibility of the referendum.

Such thinking seems surreal, although the leaders of these parties are persuaded otherwise. 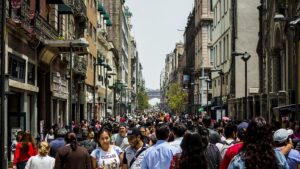 What is certain is that none of these groupings has, to date, a charismatic figure that could shake the ruling party in a national electoral event.

Seen realistically, without passion, some critics within the government itself recently said that the only force capable of bringing down the government of the fourth transformation are the ruling parties themselves, due to internal contradictions, although for now with little smoke escaping to the surface. (PL)