The Donbass region in eastern Ukraine is one of the reasons why the Russian invasion was planned. According to Western defence analysts, this region could also be decisive in how the war ends. Let’s look at an overview of Russian strategy. 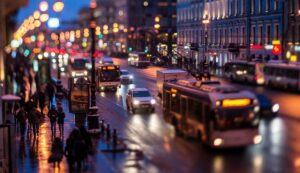 What do the Russians want? Much has already been written about Russian strategy since the 24 February attack.

In the initial phase it was not at all clear what the Kremlin was planning, but after a month the contours of that plan are beginning to emerge.

The Financial Times makes an honourable attempt to unravel the Russian military’s strategy in a recent, well-researched article.

According to this business paper, the Russian army is advancing on three fronts (see map). According to analysts, the forces involved are among the best trained in the country.

First, there is an offensive in northeast Crimea. The attack on the port of Odessa is believed to be a diversionary tactic to keep Ukrainian troops in the south and prevent them from coming to the aid of their colleagues in Mariupol.

A second front is located on the Russian border and advances southwards through the besieged city of Kharkov.

A third front is that of Russian-backed separatists advancing into western Donbass with large Russian army units. 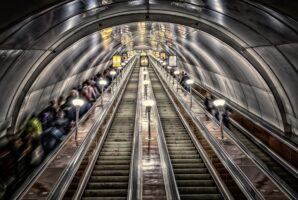 The current strategy is twofold and focuses primarily on the Donbass region. The first objective is to shell a number of cities with artillery and rockets to consolidate the area around them.

These are strategically important cities, such as Kharkov. These encircled cities could be used as bargaining chips in peace negotiations.

According to Jacques Baud, a former Swiss army colonel and strategic analyst, the Russian army has no intention of occupying or conquering its own cities, with a few exceptions. This is confirmed in a recent Newsweek article. The second objective is the most important: to defeat the Mariupol forces and encircle Ukrainian troops in Donbass (marked in yellow and blue on the map). Mariupol is important for establishing a land corridor between Russia and Crimea.

Ukrainian troops in Donbass account for a quarter of the ground force. If Russia manages to secure these troops there, they will no longer be able to defend cities further west, such as Kiev.

According to a NATO official, it is in this region that Russia has made “the most progress” and has the “military capability to break the Ukrainian army”. The fact that it appears to be proceeding more methodically is worrying. If Russian troops on all three fronts manage to encircle them, they can effectively defeat the troops stationed in Donbass. 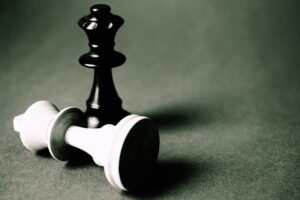 The neutralisation of a significant part of Ukraine’s regular armed forces would deal a severe moral blow to Kiev.

According to an analyst at the Royal United Services Institute in London, this could lead to a cessation of fighting, making a prolonged siege of Kiev unnecessary.

Moscow would then have achieved one of the main objectives of the invasion: the demilitarisation of Ukraine. Moscow would also benefit from a strong negotiating position.

Of course, anything can happen on the ground. Nothing is more unpredictable than the outcome of a war. Moreover, the Russian army may have suffered heavy losses and underestimated the resilience of the Ukrainians.

But the triumphalist communiques disseminated by our mainstream media hide the vulnerabilities of the Ukrainian army, according to the Financial Times. We must not make the mistake of believing our own propaganda.