Cuba has administered 35,383,744 doses of its Soberana 02, Soberana Plus and Abdala vaccines. The latter – the product of the effort and knowledge of scientists with more than three decades of experience in the production of its own vaccines – is ready to be evaluated by the World Health Organisation. 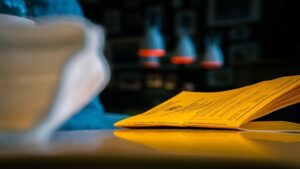 The figures are from the Ministry of Public Health and to date 10’634,257 people have received at least one injection of one of these products. This figure includes Covid-19 convalescents who are given a single injection of Soberana Plus.

It has also brought millions of doses of the immunogens Abdala, Sovereign 02 and Sovereign Plus to countries such as Venezuela, Nicaragua, Iran, the Sahrawi Arab Democratic Republic and Vietnam.

In other words, in Cuba there is already a path of research and experience that has benefited the population. That path began in July 2021 when it announced the first anti-Covid-19 vaccine in Latin America: Abdala, whose dossier is ready to be evaluated by the WHO.

The Caribbean nation’s Biotechnology and Pharmaceutical Industries Group (BioCubaFarma) detailed on its Twitter account that the World Health Organisation (WHO) was informed about the completed document to be reviewed by experts and begin the process of international recognition of this product. 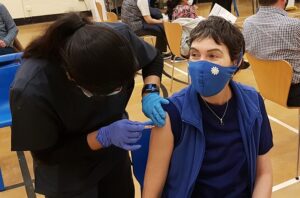 He also pointed out that the Centre for Genetic Engineering and Biotechnology (CIGB), which Abdala heads, began formal exchanges with the WHO in March.

In mid-February this year, the director of BioCubaFarma, Eduardo Martínez, explained at a press conference that the company was working on the text, which is made up of several chapters with results on clinical and pre-clinical research, pharmaceutical development, as well as everything associated with production facilities, an aspect to which adaptations have been made.

Regarding the processes followed with Abdala for this evaluation, Martínez said that the decision was taken to change the production site for the recently inaugurated Mariel plant, located in that industrial pole, west of Havana.

In operation since November 2021, the CIGB-Mariel Industrial Technology Park is considered the most modern in Cuba and one of the most advanced in Latin America and the Caribbean with laboratories for quality control and warehouses for raw materials and final products.

It also has plants to obtain the active ingredient of vaccines and complete immunogens in liquid, powder and spray formulations.

The aim is for the WHO representatives to also visit the entity’s production plants, where they will carry out the necessary inspections in order to obtain the permit and its inclusion in the list of products recognised by the UN organisation, Martínez stressed. 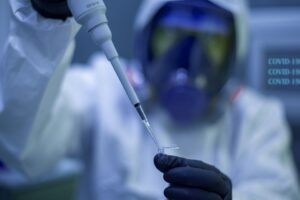 Despite reports in some media about the rejection by the UN health body of the Cuban anti-Covid-19 vaccines, Martínez clarified that to date the documentation had not been presented and the WHO had not yet evaluated the vaccines.

“Cuba always maintains exchanges with the WHO/PAHO representation on everything related to the prequalification of anti-Covid-19 immunisers,” he said. (PL)