Former vice president Jorge Glas, for many the first victim of lawfare in Ecuador, left prison today after a long battle and the approval of Habeas Corpus requested by his defence. 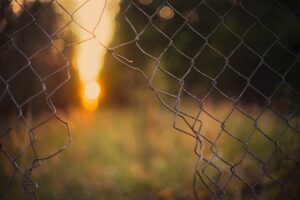 The former vice-president served more than four years and six months in prison, sentenced to eight and six years in two cases repeatedly denounced as set-ups to hide the political persecution against him for opposing the decisions of former president Lenin Moreno, with whom he won the elections in 2017 and began a second term in office.

Today he is free after the approval of the Habeas Corpus requested by his defence.

The appeal was admitted the day before at the Multicompetent Judicial Unit of Manglaralto, Santa Elena province, and the process for release from prison began immediately. When he left the Latacunga Rehabilitation Centre in Cotopaxi, dozens of people were waiting for him, among them members of social organisations who every Sunday have been outside the prison to demand his release.

Coreligionists, assembly members of the Union for Hope bench, which brings together thousands of supporters of the Citizens’ Revolution Movement, and the people in general were also at the rally, to which Glas responded with greetings, hugs and a broad smile.

“They have never been able to prove any wrongdoing by Jorge Glas, despite having investigated him for more than four long years during which he has been deprived of his freedom. He is an honest and innocent man and we all know it. His freedom is an act of justice,” said former Foreign Minister and former Defence Minister Ricardo Patiño.

According to the Belgian law firm Ius Cogens, which works on international defence based on human rights issues and constitutional rights violations against members of the Revolucion Ciudadana (Citizens’ Revolution), one of the arguments for the approval of the Habeas Corpus is Glas’ state of health, as demonstrated by the Ministry of Public Health and international bodies.

Another important element was the acts committed against people close to the beneficiary, as his brother was kidnapped and his lawyer in Ecuador was murdered, which also affected his mental health.

Finally, he stressed that these and other arguments demonstrate a violation of the fundamental rights to life, physical integrity and access to prison benefits, as he should have had access to pre-release a year and three months ago, having served most of his sentence.

In this regard, the international lawyer for his defence, Sonia Vera, emphasised that the resolution implements article 426 of the Constitution, according to which international human rights instruments must be complied with immediately.

Glas was arrested in October 2017 and prosecuted in the case known as Odebrecht regarding irregular payments made by the Brazilian company in Ecuador in exchange for the awarding of works, to which was added the process identified as Bribes.

His defenders denounced from the beginning of the cases numerous irregularities and a judicialisation of politics (lawfare), as a result of the persecution of the followers of former president Rafael Correa, who led the so-called “Decada Ganada” (Golden Decade) (2007-2017), known for substantial achievements in social and economic matters.

However, the Service of Integral Attention to Adults Deprived of Liberty and Adolescent Offenders announced that it will appeal, which has already sparked strong criticism. (PL)