England gives him the option to live and learn English. He admits that he has been lucky to have never been rejected or displaced 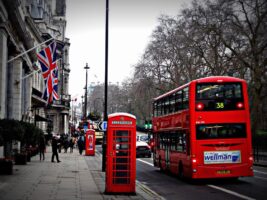 He moved to England four years ago, he has a degree in Humanities and is a specialist archivist in finance and records. Now he is living a new experience in Reading.

The trigger for coming to London was the reduction in salaries in Spain, although his main interest was, and is, learning the English language. “It is not possible to achieve an acceptable level of English in Spain”.

In 2012 he made his first contact with English soil in Watford, but this was still not the time to immigrate.

The option of Reading presented itself when a friend from his village in Castellon, offered him accommodation during the first few days of his stay in this small English city.

It was a way to get to know a new place. Ramiro* prefers smaller cities, and a bike as a means of transport, particularly in rush hour.

His first job was as a gardener in a residential home for the elderly where his landlady works. At the beginning, he was offered six hours per week but then a job agency gave him the chance to work for fifteen hours a week. 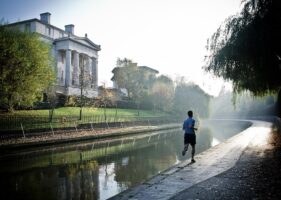 Then he started working as a waiterâ€¦

For that reason, it can be said that Ramiro has been discovering different jobs to archiving and agriculture, which were what he had known until then.

He is an immigrant and he accepts it. And he has been lucky to have never felt rejected or displaced. If he has noticed it on occasion, he did not attribute it to the concept of Brexit, nor the context of immigrants living in the UK.

No. Ramiro attributes it more to the English way of acting, to the same English society that is trying to recover their industrial and commodities sectors, that have been disappearing with globalisation.

They claim that with all these proposals the splendour of the English state will be rebuilt but this is not real. This political situation lives in the media as important news that is going to affect the environment of the European Union. Just like the first dismemberment of a structure.

At the moment, England offers him what he was looking for: learn English and be able to live. These goals are being accomplished. He does not know if he wants to keep living here. 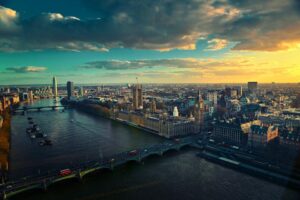 He really sees himself as “a snail”: his home is wherever he is. At the moment, Reading is a circumstantial place and his desire is to keep moving.

“I can work in Spain but I couldn’t learn English[. In Spain, he already knows what there is.

Always moving he discovers something new. Brexit does not worry him, if the English government asks him to leave the country, this would be the perfect excuse to go to another place. If this happens, he would choose another English-speaking country such as Ireland, or perhaps Malta, where the weather is more pleasant. In the end, he is like a snail, his home is wherever he is.

*Fictitious name, to protect the privacy of the interviewee.