As thousands of migrants, refugees and asylum-seekers cross over from Asia and Africa into Europe, it throws up resonances with the movement of peoples through history. 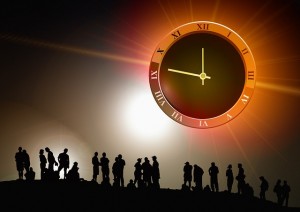 The drift of peoples has frequently been from the East into the European peninsula, with the original settlement of human beings up from Africa through the Middle East.

Towards the end of the Roman Empire, tribes, called ‘barbarians’, drove out of Asia through the defensive lines of the late Roman empire.

Germans, Franks, Goths displaced by wars further a field sought sanctuary within the relative security of the Pax Romana.

Groups like the Vandals gave their name to the destruction of culture, which we still use today; somewhat unjustly, as they also established tranquil kingdoms amidst the detritus of Roman rule.

Often portrayed as violent invaders, and there was frequently conflict, they were more often peaceful farmers searching for somewhere to settle. 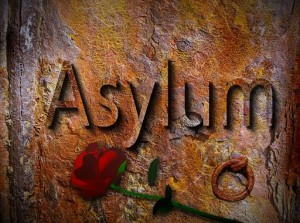 The same is true of the Anglo-Sax on and Viking arrivals in Britain. Castigated as vicious warriors, these too were settlers, looking for land.

Two later incursions, which fitted more neatly into the stereotype of ‘barbarian invasions’, were those of the Huns, and later the Mongols.

Both were efficient, well-organised, nomadic war machines, which swept in from the Asian Steppes.

But here too they were responding to local wars and crises which drove them westwards.

So bewildered were Mediaeval European writers by the seemingly endless procession of invaders, that they thought of Asia as a miraculous spawning ground of new nations.

But this displacement of peoples has been a common phenomenon throughout history across the Eurasian mega-continent. Europe itself has been a source in recent history for the sweep of invasion, conquest, colonisation and settlement across the globe. 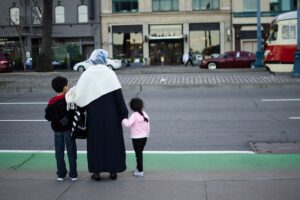 Today we are experiencing another chapter in this story of migration. Again it is caused by pressures in the countries where the migrants originate.

As ecological devastation grows in the global south, itself provoking fresh wars over scarce resources, it will add to the problem of mass people movements into Europe.

One difference between our age and that of the late or post Roman Empire, is religious. Then, newcomers emerged into a culture marked by an expanding Christian Church.

For displaced peoples, joining this prosperous and powerful church was an attractive way to belong in late antiquity.

Today it is the migrants who possess a strong religious faith, while Europe struggles to come to terms with its heritage of secular pluralism after rejecting their historical legacy of Christian faith. 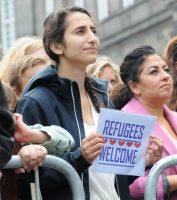 Historian Arnold Toynbee, in his huge survey of global history, wrote that declining empires are often revivified through the absorption of peoples, an ‘external proletariat’, from their periphery.

He imagined this meant a fresh revision of Christianity. Instead it looks like Muslim arrivals will confront our effete late European imperium.

It will be a challenge too for Europe’s tradition of liberal pluralism, whether it can absorb these new communities as they settle in our continent.