The role played by Ukrainian women in defending their state has not been a passive one; rather, it has exposed the false equivalence made between women and pacifism: “women = no weapons/no war”. 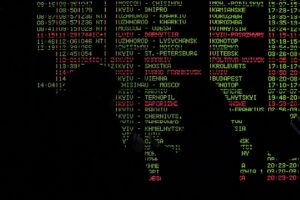 More than 5 million people have left Ukraine for various neighbouring countries, including Poland, Romania, Hungary, Slovakia and Moldova (in descending order according to the number of people received).

According to the High Commissioner for Refugees, 90 per cent are girls and (adult and elderly) women. The rest are boys and elderly men.

The Ukrainian government has forbidden all male citizens aged between 18 and 60 years from leaving the country. This decision, however, makes little difference in the host countries: migration flows from Ukraine are almost entirely made up of women, in stark contrast to other recent migratory movements from Venezuela, Syria and some African countries.

The feminisation of forced migration from Ukraine requires specific analysis, critical assessment of the traditional role of women in wars and, in turn, a fresh insight into their role as forced migrants, as active subjects seeking international protection to safeguard their lives and those of their children.

This insight should not perpetuate the gender stereotypes that have traditionally cast women as passive pacifists and innate caregivers.

Semana magazine recently published the news that more than half a million children had left Ukraine, but it neglected to mention that these girls and boys were accompanied by their mothers (and not their fathers, for the reasons given above). 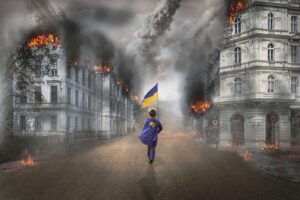 Failing to recognise the feminisation of forced Ukrainian migration is another way of making women invisible, and the invisibility of women in this situation is very painful.

Ukraine, the poorest country on the continent, has been called the “uterus of Europe”. Its women have suffered greatly from crises, even before the current war.

Poverty in Ukraine has forced women into trafficking for reproductive exploitation. In other words, their bodies are exploited: their wombs are hired out and their eggs sold. “The conditions are terrible, do not be deceived. Behind the clients’ smiles lurk isolation, medical complications and abandonment of babies with problems. Women are moved to other countries at the client’s request, unable to take their other children with them”.

This gross breach of rights, perpetuated by the world’s wealthy against impoverished women, has come to light in the current context of war, although not as a denouncement of Ukrainian women’s suffering, but as the demand of those who pay for the ‘service’ and now fear that their plans to have children will be affected.

Pregnant Ukrainian women have been unable to safeguard their lives by leaving the country because renting wombs is prohibited in neighbouring countries. Womb traffickers are only concerned about their future children, not the woman who gives birth to them, not the exploited woman.

This situation is little discussed and rarely denounced, but it is fundamental to understanding the gender-based violence that some Ukrainian women were suffering, even before Russia’s attacks.

Armed conflict-related violence against women in Ukraine is nothing new; it has been an intense part of life in eastern Ukraine since 2014, when Putin annexed Crimea. 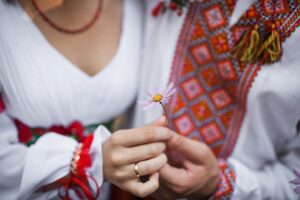 Ariadna Capasso explains: “We find that in the context of the conflict in Ukraine, almost half of women experience violence at the hands of their partner, and 21 per cent from other family members.

The vast majority of cases of violence happen at home (80 per cent)”.

Furthermore, “displaced women (compared with women who remained in the same city) were more likely to experience violence from unknown men”. According to this investigation, “One in five displaced women, both within and outside the country, have experienced sexual violence.” Global concern over Russia’s attacks in Ukraine and the theoretical possibility of a world war have sparked international solidarity, the media coverage of which has lauded the bravery of Ukrainian men in defending their territory under martial law, but ignored the role of women both in the line of defence and in forced migration, fleeing for protection.

Researcher Irene Zugasti states that “31,000 women are serving in the Ukrainian army; they account for almost 15 per cent of the forces”. There has also been strong militarisation among women, and some have joined civilian guerrilla groups in Donbas or pioneered initiatives via social media, such as canteens, schools and orphanages.

The role played by Ukrainian women in defending their state has not been a passive one; rather, it has exposed the false equivalence made between women and pacifism: “women = no weapons/no war”. Ukrainian women have carried out important work in both the armed and unarmed defence. 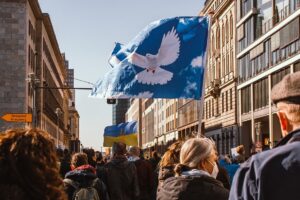 There are women in the country defending pacifist and anti-war political positions and there are women working hard in the sphere of care and searching for protection, migrating within or outside the country.

The forced migration of women exposes them to a particular situation of gender-based violence, especially sexual violence, both when in transit and after arrival, during the integration phase in the host country, a situation from which Ukrainian women are not exempt.

“Ukrainian women and girls are raped, assaulted and coerced in their flight to Europe’s brothels. In Russia’s offensive, they have become the spoils of war”. These are the findings of organizations that defend women’s rights, which report that, given the current extreme vulnerability of Ukrainian women, pimps and transnational criminals are taking advantage of the desperate situation to capture and exploit women, boys, girls and adolescents.

The question is, then: Is international solidarity doing what is necessary to safeguard women’s lives and rights? Or is it limited to the nostalgia provoked by this war, declared by new world enemy Vladimir Putin?

In this respect, it is worth asking how transit countries, host countries receiving Ukrainian women, and society in general are prepared to protect women from the specific risks of forced migration. 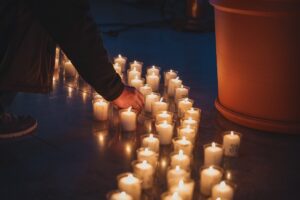 International organisations dedicated to analysis and migrant support will have to analyse how migratory policies must be adjusted in light of the feminisation of forced migration.

Prevention, protection and justice mechanisms must be urgently established to tackle gender-based violence, sexual violence and trafficking for sexual and reproductive exploitation.

Society must issue a mass rejection of violence against refugee and migrant women, and urgent measures must be implemented to strengthen women’s autonomy and thus enable their true integration into host countries, or their eventual return under voluntary, secure and dignified conditions.