Santiago Masetti, also a journalist and history graduate, remembers his grandfather, Comandante Segundo and founder of the Latin American news agency Prensa Latina, who would have turned 93 today. 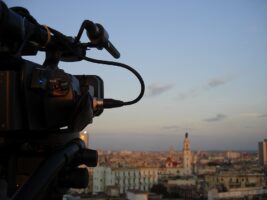 From Buenos Aires, Santiago tells us about his first encounters with the figure of the grandfather he did not know physically, but of whom he knows that he was born in 1929 in the city of Avellaneda, in the province of Buenos Aires, and died in Salta in 1964.

His grandfather, Jorge Ricardo Masetti, left a profound mark on the history of Argentina, Cuba and Latin America.

“In my family, politics was always very present. Hearing conversations about social reality, literature and journalism was commonplace”, tells Massetti to Prensa Latina.

The first comments I heard about my grandfather referred to him as a fighter, a revolutionary who had disappeared at the hands of repression,” he says.

“They said he sacrificed himself so that all children would have something to eat in a fairer and happier country. Undoubtedly, this created an image of him in me. As time went by, the stories became more and more meaningful, more and more explanatory about the reason for his life,” he adds.

He points out that it was then that he began to ask for details, concrete anecdotes, information about his work and his dimension as a revolutionary militant. 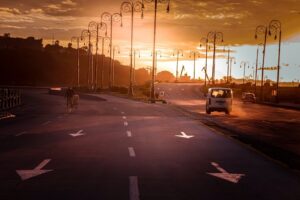 “That’s how I found out that he was a journalist, a tango singer, a football lover, a fan and former goalkeeper in the youth teams of Racing, a club formed in a neighbourhood that at the time was made up of factory workers and trade union organisations,” he says.

However, his grandfather’s influence, in terms of politics, the “Guevarism”, the Cuban Revolution and the profession, was decisive when he started secondary school and his student militancy in the mid-1990s.

In those moments of neoliberal obscurantism in Argentina and in a large part of the region, he began to read and become interested in the history of Latin America, its rebellions and conflicts. He met Ernesto Guevara, Fidel Castro and Cuba. “All of this marked me by fire, made me what I am and drove my passion for journalism”.

In 1958, his grandfather became the first Argentinean to reach the Sierra Maestra and interview Che and Fidel as a special envoy for Radio El Mundo. From then on, his life was linked to Cuba and a year later, after the triumph of the rebels, he called Rodolfo Walsh (1927-1977) to create, together with Guevara, a news agency in the service of truth, of which he would be the first director. 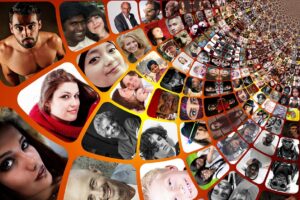 Thus, on 16 June 1959, Prensa Latina was born, a communication project of international scope with an alternative vision of the reality of the region.

What strikes me most about my grandfather,” says Santiago, “is that he became, in a way, an important actor in 20th century Latin American politics and became part of the Cuban revolution.

He also founded a news agency with Che and Fidel, a milestone in the history of regional journalism, and was part of a political project in Argentina and on the continent when he led the People’s Guerrilla Army in Salta, he says. For him, Masetti’s teachings as a journalist can be summed up in the concept formulated at the inauguration of Prensa Latina: “We are objective, but not impartial. We consider it cowardly to be impartial between good and evil. He says that this statement is the one he tries to maintain in his “professional and militant life”.

According to Santiago, the practice of journalism, understood in this way, is not possible outside a revolutionary project. (PL)