Amid economic collapse and a post-election scenario, Lebanon’s Hezbollah reaffirmed its national commitment as a bastion of resistance to Israel and the US. 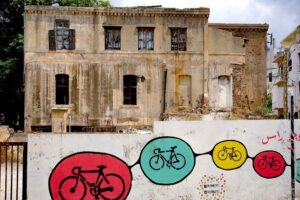 22 years after the victory against the Zionist occupation forces, the Secretary for International Relations of the Lebanese Islamic Resistance, Sayyed Ammar Moussawi, calls for work to confront the dangers and permanent possibilities of Israeli aggression in its attempt to control the nation’s resources and wealth.

In an interview with Prensa Latina the Hizballah (Party of God) leader described the date of 25 May 2000, when the country of the cedars was liberated without restrictions or conditions from the Israeli army, as a national and historic day.

Moussawi warned of the current risks spurred by the interference of foreign powers, the need for dialogue to boost recovery and avoid civil strife on Lebanese soil.

Lebanon’s geopolitical position, surrounded on the west by the Mediterranean Sea, common borders with Syria to the north and east and a narrow border to the south with Israel make the nation a theatre of influence for the US in the area, he said.

Hizballah’s international relations secretary considered as one of the constant risks the expansionist ambitions of Israel, which despite its defeat more than two decades ago still holds the Lebanese lands of the Shab’a Farms and the Kafar Chuba Hills. 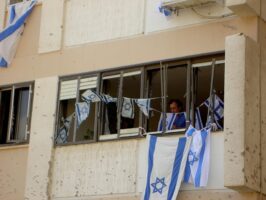 The US-Americans use various means and avenues in the country to implement their interests, defend Israel and confirm their power presence in the region, he stressed.

The other major challenge for Lebanon is the sectarian confessional structure that, according to Moussawi, prevents it from building a real and just state for all its citizens.

On this issue, the Hizballah representative called for working for balanced development, promoting efficient public institutions, as well as combating all forms of corruption, clientelism and favouritism.

Moussawi insisted on the responsibility of all his compatriots to prevent the outbreak of a civil war, as its materialisation would bring no benefits and would respond to foreign projects and agendas.

He reiterated that Hizballah’s military capabilities are there to confront the Israeli enemy and do not support even a simple civil tension. In this regard, he called on the political forces to leave the heated debates after the elections and reach out to save the people from the crisis.

“When some groups tried to attack us with the aim of dragging us into a civil war, we stopped and have not responded so as not to plunge the country into internal confrontation,” he said. 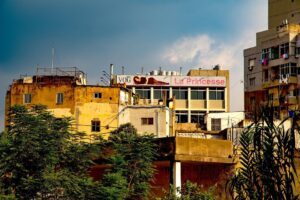 In his statements, Moussawi emphasised the Resistance’s position on corruption and called on those who accuse it of being silent to make an inventory of the political class, businessmen or owners of capital, in order to discover how many of these looters are allies of the United States.

Addressing Lebanon’s economic crisis, Moussawi pointed out that years of implementing financial and monetary policies revealed the model’s shortcomings and the road to collapse.

Regarding foresight and steps to avoid reaching the current point, he pointed out that all Lebanese had a responsibility, regardless of whether they were in power or not, and not forgetting that this “corrupt model” received external support.

“Today, there is a consensus among the Lebanese that Central Bank Governor Riad Salameh led the country to failure under US protection,” he denounced.

He advocated starting to move away from the rentier and service economy and transforming the system towards production and the development of the agricultural and industrial sectors.

Following the 15 May parliamentary elections, Lebanon is in a period of transition pending the appointment of the head of the legislature and the government. (PL)