The little book jumps into my hands in a mysterious way early in the morning: It is the Jose Marti’s campaign dairy on the way from Cap-Haïtien to Dos Ríos, published in 1978 by the Social Sciences publishing house, La Habana, Cuba.

There is a dedication dated the first of October, 1979 handwritten by Antonio Castro, a Colombian-Venezuelan musician and poet. It is written in red ink and reads: “To Armando and Isabel with love from Antonio”.

Marti’s booklet is in impeccable physical condition, for not saying perfect. The corners of the pages are not folded over, so for being a used book, it is in very good condition.

I can confirm this by looking at the yellow highlighted lines and phrases which through my first reading amazed me: “Climbing hills brings men together”. Marti says, “Hills”. I, when climbing Bogota’s hills, called them mountains instead.

Now, and at this very moment, I am drawn to so many words and expressions of African and Indigenous origin that, in its time, enhanced and enriched the Spanish language. “Yaya of thin leaf”, “Majagua from Cuba”, “Cupey from piña estrellada”, “Jutia”,”Jaguas”.

In every phrase of Marti there is… the poet Marti: “At noon, marching up the mountain, thigh-deep in the river, the thin forest of pomarrosas: oranges and caimitos. Through dense and fruitless mangroves, we reached a corner with plenty of palm trees and at the end of it two beautiful mountains. There is our camp…” 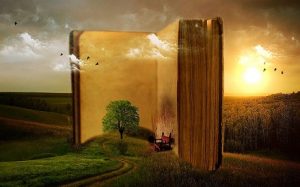 It is beautiful re-reading this diary at 3am in the cold morning, wishing for a warm day ahead: “The general gave me honey to drink and to see how the thirst would disappear afterward”, “Domitila agile and kind, in her Egyptian scarf, bringing with her a batch of tomato, coriander and oregano…” (…) “I put in my pocket The Life of Cicero with the 50 pills I’m carrying…” (…)

It is the intellectual revolutionary making independence his duty as Che would have done, fighting for the Second Independence.

Marti takes a deep and profound analytical look into every detail and records it in his diary. “The General is cooking a sweet of shredded coconut and honey”. (…) “Farmer of eager eyes…”.

He sees everything; he looks at everything with special attention to detail. His imagination flies and he discovers this new world where he is now and stays at the front like president of the revolutionary movement in Cuba.

This diary is a poem itself. It has the immediacy of poetry today and always. The morning has not yet started and I am moved: It is Marti that speaks through his pages. I can hear his voice clearly: 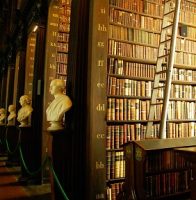 “ … Among the loud noises I hear the music of the jungle, composed and soft, like very delicate violins; musical waves, it launches and unleashes, opens its wings and perches, flickers and rises, always subtle and minimal:- it is the look of the fluid sound: What wings brush against the leaves? What dance of the souls of the leaves” (…) “Juan arrived, the one from the squads, he saw Flor dead, his beautiful head no longer warm, his lips torn and two gunshots in his chest, the 10 killed him.” In this poetry, I also find the poet Garcia Lorca. “Ramon, Eufemio’s son, with his soft chocolatey skin, like rosy bronze, his elegant and perfect head, and agile pubescent body.” (…)

I put its sentences into verse structure and this is the poem: