One of their worst qualities is their intensely public impunity. There is no going back. The slander, lies, rumours, gossip, false evidence and generally all the attacks provided by the civil and penal codes, are especially hostile when they happen in public, without boundaries or possible restraint. 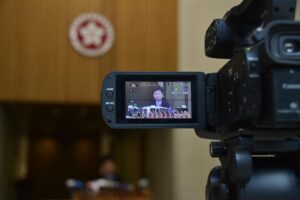 No-one can fix the damage that makes metastasis easy in a prefabricated breeding ground, fertilised with morbid curiosity, systematic indecency and impunity. Such is capitalism all over and those specialised in bashing. Nobody is safe.

Some people believe that the legal concept of “media bashing” is an exaggeration that does not have enough legal support.

Some believe that it is impossible to sanction the bashers without infringing on, or breaking, their “freedom of expression” in some neoliberal way. There are those who radically reject “media bashing”, with even philological excuses, entirely rejecting the legal bodies that categorise it. There is a large quantity of cases, that not only show the origin and consequences of an episode of “media bashing”, but also demand that this is studied and delved into, with division of responsibilities and sanctions, always tying them to full and public reparation of the damage.

Especially when they bash the leaders of political movements or democratic parties. Social justice, then. Today it is impossible to quantify and qualify the damage done by the “media bashing” of Fidel Castro, Hugo Chávez, Cristina Fernández, Evo Morales, Rafael Correa and even against entire countries such as revolutionary Cuba.

If CNN, Spain’s “El Pais” or “The Guardian” had to repair the damage done to the prestige, work and tasks of those leaders, reparation complete in its depth and reach because of media lies, journalistic fraud, televised distortions made with premeditation, malice and advantage (among many other criminal behaviours), there would not be enough space or time to “repair the damage”. 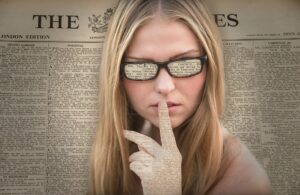 Along with the aggravation of premeditation, malice and advantage, the “media bashing” also aggravates by being a crime committed in public, with mass diffusion and with largely incalculable depth and reach.

Damage to the victim in immediate and wider social circles.

No going back. A crime committed in public, and intensified with tools that have the disseminating capacity to damage, in quality and quantity, the values, principles and behaviours of the victims; it establishes a criminal pedagogy that is inclined to worsen through the effective impunity derived from the impossibility of repairing the damage. The link between the terms “bashing” and “media” serves to strengthen a new criminal category that is not without precedent.

The hard distinction made by the association of these terms does not rest on “metaphorical” or “literary” (as some hope for chartered reductionism).

These concepts stop being what they are separately as, together, they reveal the disastrous territory in their own criminal way of technological expansion, its multipresence and underlying interests using it to evil, discrediting and criminal ends.

There are no short, medium, or long-term policies for compensation or sanction. It is also not known how many should be sanctioned if they were accomplices in slander, for example. 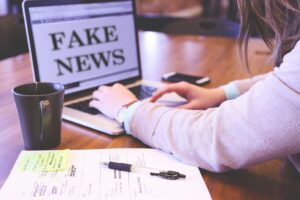 No less terrible is the weight of premeditation specialising in manufacturing professional psychological war laboratories to sow anxiety, fear, depression and discredit in cold blood against people, countries, democratic decisions or revolutionary projects.

Just look at the front cover of the Spanish daily paper “El País” with the image they attribute to the Venezuelan President in an operating room. Coup-like operations. “Planned, knowing the possible consequences of the act and abusing an advantageous position”. When someone incites, through some media of communication, an unquantifiable mass to judge and give truth to a saying or fact with no due legal process, and sets up through this judgement, expressions or behaviour that damages the reputation, state of mind or social relations of a person, then the crime that the primary basher commits is repeated by all those who take part and become accomplices (and also victims of the fraud) in varying degrees.

However, the most damaging scale of “medialyinching”, because of its wickedness and volume, is not in the coup and assassination attempts, it is in their capacity to infiltrate the culture with disqualification, as a custom of unpunished marginalisation or as a fixed tradition.

Reserved for the powerful when it would benefit them to demonise a person, political movement or a social revolution to void their beliefs and bind them into a trap of lies, mockery and humiliating fallacies. With help from bourgeoisie conglomerate media. At “the top of their lungs” and to the “four winds”. 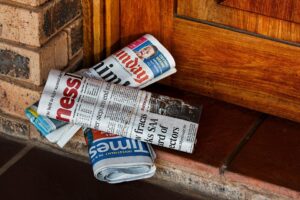 It is clear that in a situation of war, also the media, between social classes, the role and value of a legal body is relative to the level of class tensions and that they are only useful whilst there are some democratic tasks that the bourgeoisie must do before they disappear.

This does not impede the study of the “media bashing” category and it is used as a path towards the explicit demonstration of all the dirty tricks that capitalism is capable of conceiving to attack the working class, not only in the objective field of capital gains, but also in the field of “ideological gains” and subjectivity. Objectively. It is not too much to remember, when one explores the territories of Social Justice, that the only force capable of compensating the people (against all that goes along with the thousands of “media bashings” perpetrated every day), is the Socialist and Scientific Revolution that has to drive the people for the people, without reconciliatory concessions, without reformist chameleonism and without bacteriological bureaucracy.

In the meantime, it may be used against all fighting weapons that allow defeat (all or in part) of ideology (and experiences) of the dominating class. The “media lynching” should be immediately legally and politically sanctioned. (PL)