Migration statistics and policies hide the subjective experiences of migrating people. The hidden violence of controls pushes unpleasant sights away from European eyes. Forgotten film images bring the past to life and restore precious memories of loved ones to those who remain. 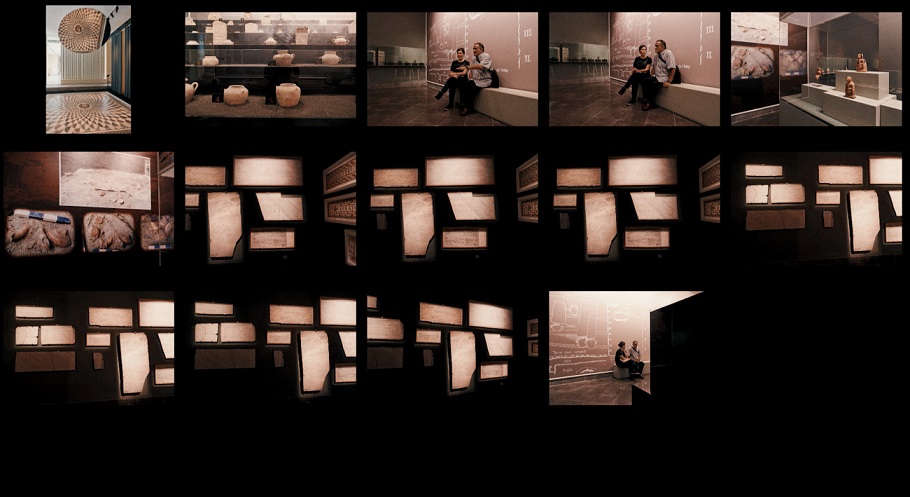 How can cinema respond to the migration crisis in Europe? Maria Iorio and Raphael Cuomo prefer to start by questioning the way this crisis is presented, only as a problem for governments, whose responses are normalized, while masking the deeper violence of criminalizing desperate people and those who rescue them. As the directors say, drawing attention to capitalist dynamics: ‘Invisible fluxes of oil and gas beneath the Mediterranean connect Fortress Europe to Libya and the African continent, but the mobility of people on the surface is criminalised and interrupted.’

Their film “Chronicles of that time” goes beyond conventional documentary to uncover the shifting subjective experiences of migrants, emphasizing that ‘past and present find echoes and resonances; the past can be reactivated… and return as a potentiality for the future. And it is a fragmented past which they discovered recorded in unused film sequences they had made years earlier.

A moment of parting from their protagonist, a Tunisian seasonal worker, seeded the logic of the film reconstructing the words of the past as if following the melodies of a forgotten song.

As artists and filmmakers, they say: ‘one of our urgent tasks is to contribute to tearing down a racist system of perception… and reimagine a world without those neo-colonial power relations. 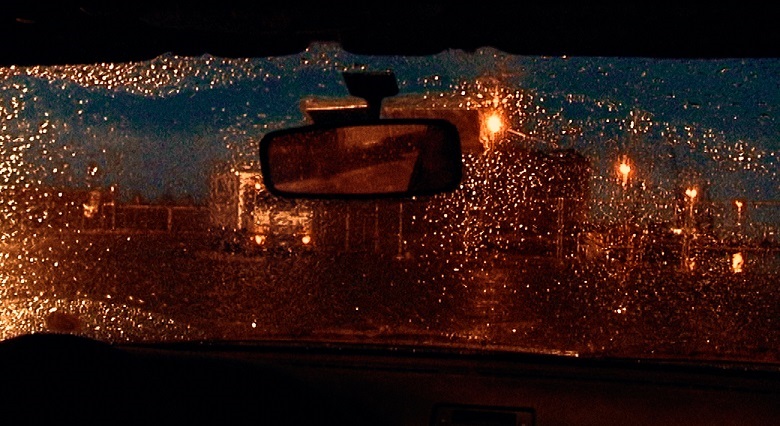 Maria and Raphael talked to The Prisma after their film premiered at Visions du Réel, It was part of the international competition of FID Marseille in July 2021.

The voiceover returns constantly to the idea of intervals of time, between very different moments, hearing and recording a song, rescuing migrants and fearing a trial. Can you elaborate?

After staying with Abdelhamid and his family in Tunisia, in 2006, we travelled to Lampedusa, where he was returning to work in a hotel. As a seasonal worker, Abdelhamid witnessed the shift to new visa policies in southern Europe.

In Sicily, while waiting for the last ferry, as a cold rain streamed down the windscreen, dissolving the vision of the port and the world outside, Abdelhamid thought about an Arabic song he loved, that he wanted to share with us. But he suddenly realised that he had forgotten it. After a long effort, following the rhythm and the melody, it became possible to find discontinuous fragments and reconstruct parts of that song.

The film explores that long interval of time. What has happened between the moment when this melody was recorded on now obsolete videotape, and the moment when it is taken up again today, as new musical performances? The film introduces other intervals, explores some transformations in the Mediterranean region over past decades. It recomposes a story composed of fragments, of lacunae and hauntings. A series of subjective and historical perspectives emerges contradicting the common notion of a “migration emergency” always linked to the present moment; which refuses the official history arranged by political decisions that have made migration illegal. 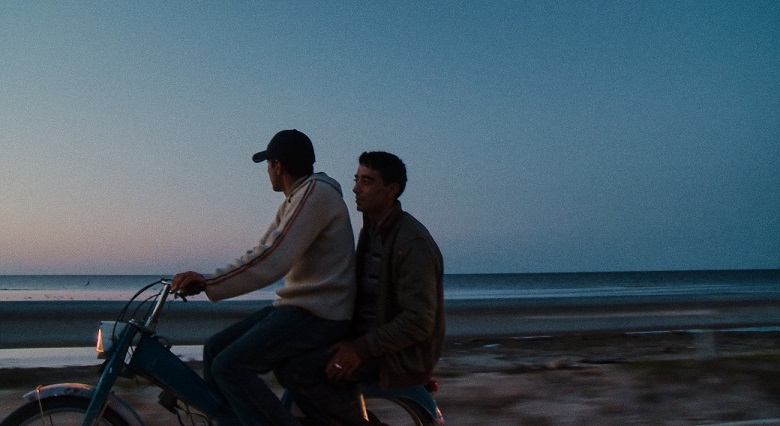 The film draws on the logic of Abdelhamid’s remembering process: in order to recompose forgotten or neglected fragments of the past, it becomes necessary to retrieve and follow the melody. But the reprise of the melody introduces a different, more mysterious, non-linear temporality: past and present find echoes and resonances; the past can be reactivated, find new relevance for the present, and return as a potentiality for the future.

There is also the theme of unintended consequences, the decay of an audiotape.

This aspect is deeply rooted in the material we filmed many years ago, as we were working on other projects (including “Sudeuropa” and “The Interpreter”, 2009), especially unedited sequences not included in those videos.

Those films focused on the transformations of the border regime in the Mediterranean, which forced many people seeking safety in Europe to risk their lives taking dangerous routes. This new regime criminalized immemorial practices of neighbourliness, mobility and exchange. The island of Lampedusa in particular, became the subject of intense media exposure: the site of a “border spectacle” (described by Nicholas de Genova, Paolo Cuttitta).

The images contain features which we did not perceive when we filmed them, and Chronicles attempts to emphasise this special quality. Borders are often perceived spatially; but these ageing sequences are inscribed in a certain period from another time. The historicity of the images themselves, as material objects, is a point of reference, to examine what has happened since. 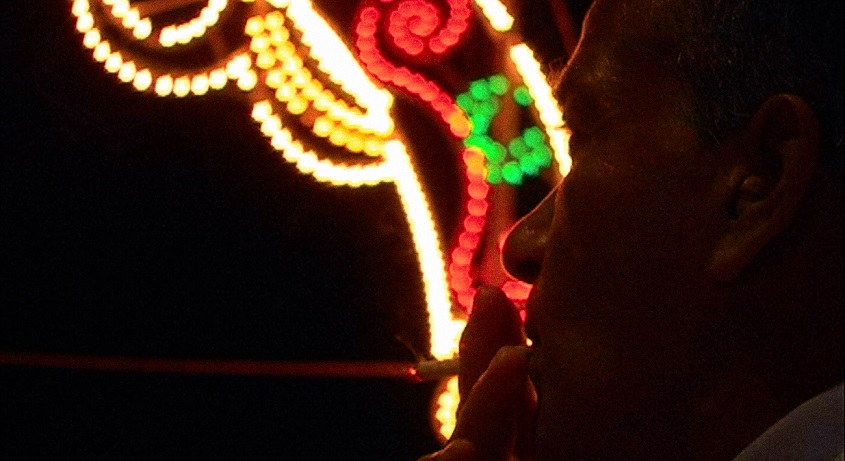 Measures of territorial exclusion once seen as scandalous like the deportations from Lampedusa to Libya in 2004 – 06, according to more-or-less secret agreements are now the explicit aim of European migration policies, enlisting neighbouring countries to prevent people from reaching the continent, and pushing them back to places where they risk even more atrocious violence.

Chronicles retraces that drift, and shows how migration policies are displacing the violence of this new border regime further away, out of sight. But more intimate aspects are intertwined with this geopolitical and historical background.  We tried to preserve some sequences from old, deteriorated films, to entrust the protagonists – or their relatives – with those rare images in which they appeared, retrieving precious shared moments – and this troubling potential of cinema to keep alive loved ones, even if they passed.

Has the film been shown to migrant audiences?

Due to Covid-19, the film has been seen by the people involved in its making, and an informal network of friends, acquaintances, activists, many of whom are “migrants”. Several of our collaborators had to go through exile and apply for asylum on another continent. Some struggled to obtain citizenship in the country where they were born – and the accented Italian spoken by the female voice in the film, with its strange inflections and rhythms, results from our experience as second-generation immigrants.

Abdelhamid lived in Italy under an Italian name, spoke fluently three languages, and loved Soviet films, Italian Neorealism, the French Nouvelle Vague, Third Cinema, as much as the productions of Arab filmmakers, which emerged from the new independent states in the region – a passion he developed running a cine-club in Sousse, Tunisia. 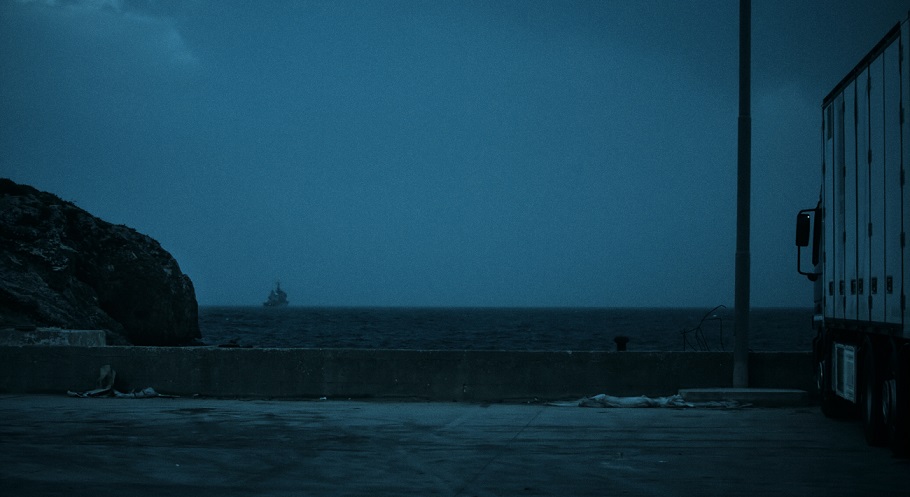 Instead of fixed and narrow identities, we hope that Chronicles of that time can suggest more complex identity politics by emphasising some meandering life trajectories, multidimensional subjective experiences, and the hetero-linguism of a world that is inescapably moving.

The place of humanity in contemporary politics?

After WW2, European countries organized a massive migration, which provided seasonal, cheap labour for their booming economies, and the State governed the lives of the migrants. But now, in the Mediterranean Sea, people are abandoned in distress, and left to die. It seems that we are reaching a frighteningly different necropolitical paradigm. When a decision is made not to rescue, power dictates how some people must die. It is not life that is governed, but death.

By overplaying the idea of a free-standing stronghold, surrounding a “Europe without Borders”, it hides its military character and the interconnections of the global capitalist world. Invisible fluxes of oil and gas beneath the Mediterranean connect this reliable Fortress to Libya and the African continent, but the mobility of people on the surface is criminalised and interrupted.

Libya was an Italian colony

The Treaty on Friendship, Partnership and Cooperation signed by Silvio Berlusconi and Muhammar Gaddafi in 2008 officially condemned Italy’s colonisation of Libya and agreed a multibillion reparation payment, but also new partnerships: involving extractive business interests, and control of migration across the Central Mediterranean. 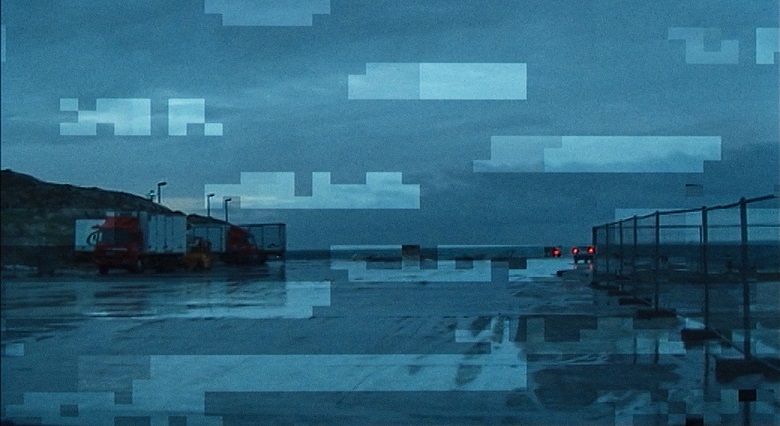 Migrants are used as a currency in this geopolitical play where they unfortunately pay the highest price. Gross human rights abuses continue in Libya.

Italian public memory has not faced its colonial past. Some people arriving in Italy are also ex-colonial subjects.

Feelings of cultural and racial superiority and colonial clichés are re-emerging and dictating the terms of the new encounter between the ex-metropolitan citizens and the disenfranchised ex-colonial subjects. As Alessandro Triulzi commented, the Empire is “striking back”.

“Chronicles of that time” is a reworked version of the video featured in the multi-part installation you presented in 2020 at Istituto Svizzero in Palermo.

The film is part of a body of work that also incorporates a screening programme. Among other films, this series presented “Il deserto e il mare” (2007), made in Italy by a group of refugees from the Horn of Africa, including Dagmawi Yimer. We produced readers that contextualise the films, published by Archive Books. “Chronicles of that time”  is special for us, for its material filmed over a long period of time, and because it reflects on our working trajectory over 15 years, and the hospitality, generosity and friendship that have made our work possible.

(Photos by Raphael Cuomo and Maria Iorio, authorised for publication)