Amada Silva fled the political situation in her native country and moved to the UK with her family. Over the past four decades she has lived and worked in this country, helping numerous people in difficult situations. “Forget your name, from now on, you are refugees protected by the United Nations.” These were the words used to tell Amada that she and her family had to leave their native Chile for some time. Certainly for longer than she would have liked.

Amada and her family left Chile on June 6th, 1974. The date is engraved in her mind. As left wing supporters, her family suffered intense political pressure, and were forced to leave the country to seek refuge, firstly in Argentina and subsequently in the UK. “I thought everything would happen quickly, that Pinochet would fall and that we would return to Chile when it had all blown over.” This is how Amada thought things would turn out when she was first hiding out in a hotel in Mendoza, Western Argentina. Amada, along with her husband, their four children and her mother all fled the military coup of Augusto Pinochet. The owner of the hotel they were staying at asked, “Ma’am, are you a Chilean leftist?” Surprised by the question, Amada didn’t know how to respond. A military group was hunting them. The hotel owner helped the family – the youngest member of which was a premature new-born – to escape the hotel.

Without knowing quite how, Amada and her family ended up being interrogated separately, in order to compare their stories. They were then told that they had become political refugees, and were being transferred to another location. Amada said it would only be like this until things had blown over in Chile. “Keep dreaming,” was the response she got. They lost all their belongings as they moved between different hotels, fleeing bombs set by the military. They ran with nothing.

Nearly a year later, Amada and her family were in a shelter in Buenos Aires when they chose the country they wanted to live in permanently. Numerous interviews ensued, with a variety of different embassies. Initially they were to be provided with visas for the Soviet Union, but this was eventually rejected. 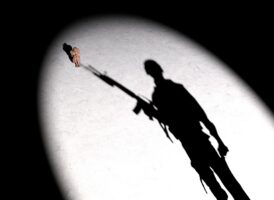 The German Embassy only allowed her husband into the interview, so Amada, a woman of pride, refused to live there. Then came interviews with Canada, Finland and Australia.

At the British Embassy, the consul invited Amada herself into the interview, and asked her what she knew about the country. Amada truthfully shared her opinions, it was a racist, cold and cloudy country, where people only spoke English. “But is there anything you dislike about the UK?”, they asked her.

“I really dislike any country other than my own at the minute,” was Amada Silva’s response. “It’s like giving candy to a baby then taking it away again. Nobody gave me Chile, but I was born there and then they cast me aside without telling me why,” she says. “Now I know that having been one of the poor, hungry and uneducated led me to become the nurse, social worker and psychologist that I am today.”

She only agreed to go to England with her family after being told she could find work there. Unfortunately, this was not the case. 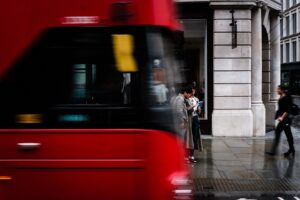 They soon moved from Birmingham to Scotland, where all they knew was the name of the station they were getting off at, Dundee. A large group of people with Chilean flags awaited them. One man carried a sign: Welcome Vergara family.

Initially they were victims of racism and xenophobia. She clearly remembers the day she went to the shops to buy salami, but didn’t know how to speak English. She asked for a thin slice, but was given much more. She only had £10, and the price was £10.50. She asked if anyone in the shop could speak Spanish, and a man told her she had to pay because she had asked for the salami. Amada couldn’t understand a word they said, although she did learn some of her first English words that day, “fucking foreigner”.

Of her four children, Soledad, Amada, Boris and Fernando, it was the latter who suffered such a violent racist attack that he ended up in hospital.

He had gone out to play with some other children in the street, but they tied his hands together with cables and covered his body and face with human excrement.

“The good thing about it was that he went on to study English and became a prominent man who featured in all the papers. At the time he was a swimming champion, appearing in every newspaper, but he threw his medal into the river after he won it. He said he didn’t need it.”

During the ten years that her family lived in Scotland, Amada Silva worked on behalf of those who had no opportunities, and whose rights had been abused. She also took on housekeeping work, and founded the first homeworkers’ association.

Newspapers, radio and television programmes sought her out. She even had her own programme on a local Dundee radio station, “Call Amada”. “The more I spoke, the more I was cast aside,” she said. She was offered a job with the Greater London Council and the house she so desperately wanted, complete with garden. However, when they got to London, the job was no longer available.

She arrived in London on January 6th, 1986. This is where she spent more than 23 years at the Golden Years Day Centre, a day centre for elderly Latinos and non-Latinos, which “was always highly accepted and is still spoken about today.” Cutbacks meant that the service has since had to close. But the club helped her move away from politics. She felt disillusioned. “I realised that there were scoundrels everywhere, and that you could only get things if you knew people. I didn’t like that.” Amada thinks that hierarchies should not exist within political parties. “I believe we are all equals, we all have the same needs, some people know some things and other people know other things.” She worked every Sunday selling tea, coffee and mince pies, to raise money for a political party, which she founded two years later. 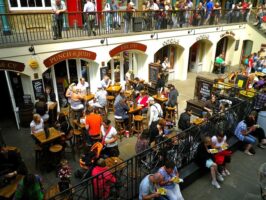 She withdrew from the party and decided to branch out on her own. “If I saw someone in trouble, even if they were a Nazi, I would help them. Individual ideologies don’t matter to me, nor where people come from.”

She has always maintained a great relationship with the immigrant community.

Amada is well aware of the problems people face, because she experienced the same setbacks. “What you give selflessly, you will regain tomorrow. And if it does not come back to you, it doesn’t matter. It will make you a better person and that’s what I have tried to do.”