Persecuted, threatened with death and exiled in France, Daniel Mendoza, the author of the documentary series “Matarife, Un genocida innombrable” (An unspeakable genocide) talks about what millions of Colombians keep silent out of fear and what few media outlets reveal. And he talks about how there can be no democracy where there is no real journalism and where the media are biased in favour of the government and dedicate themselves to applauding it and sponsoring its crimes. 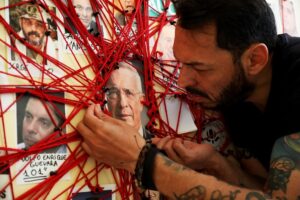 A sword of Damocles relentlessly pursues this citizen, a lawyer and journalist by profession, who, sick of massacres and injustice, decided to produce an audiovisual series to denounce the evil deeds of Alvaro Uribe Velez, the controversial Colombian ex-president, whom he calls ‘Matarife’ (Slaughterman).

He calls him that, he says, because of the countless victims he has left behind in his government, plagued by shadows and suspicious alliances with paramilitary drug trafficking. Rescuing this uncomfortable truth has become his leitmotiv. His aim is that the facts narrated and compiled from his investigative work, or those he has recovered from various journalistic sources, should not be forgotten.

He wants these facts to be known by Colombians and, at the same time, to have an impact on the conscience of the so-called Western democracies.

We met Daniel Mendoza Leal in Menilmontant, a Parisian neighbourhood that since the mid-18th century has welcomed artists, students, workers and a variety of people looking for a meeting point in their surroundings. 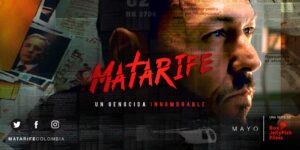 The basement of a former café was the setting for our dialogue.

We went down a narrow spiral staircase and found him in the semi-darkness, lighted by red lights and with a background of old photos against which his bittersweet smile stood out, that of the exile who feels that he exists where he does not live.

The smile of someone who lives every day to remind his fellow citizens and the international community of the crimes attributed to Uribe and for which the former senator and ex-president has managed to get away scot-free, despite numerous important judicial investigations. With “Matarife, un genocida innombrable” (also known as “Matarife La Serie” or just Matarife) Mendoza has won two India Catalina awards and has put himself in the crosshairs of the hitmen who forced him to seek refuge and leave the country within 24 hours to protect his life. 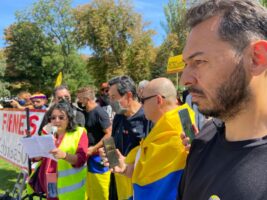 The third season, premiered at the end of April this year, was set in Switzerland and Spain.

The Prisma spoke with Mendoza about the social function of journalism, about journalists who forget ethics and serve as transmitters of the interests of media owners; about the new communicators who spread through social networks what others keep silent about, and about the importance of the profession as a fourth power.

Do you think that the images of Alberto Tejada giving voice to young people in Cali, the Noticias Uno news, the interviews of Maria Jimena Duzan, the investigations of Gonzalo Guillen, the articles of Daniel Coronell and the analyses of Ariel Avila, among others, are part of a journalistic “front line” in the face of the barbarity of the pro-Uribe Leviathan? 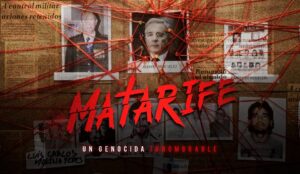 Do you think that some information initiatives on the internet are somehow contributing to undermining the ultra-right-wing world that the transmission of information from the traditional media has become?

Yes, the new communicative models that within this fluid society generated by social networks and new technologies, in a country like Colombia, are the only ones that exercise freedom of expression as such (I would not say that in Europe it is different). In that sense, they are the only ones who are exercising democracy and acting as journalists, whether they are commentators or even investigative journalists. Because there have been important investigations, news, scoops from tweeters who find out about something and they scream about it, and from there a great news story has emerged that was never going to come out of a media company. 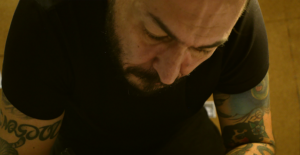 In addition, the media in Colombia are losing a lot of followers. People no longer trust them, because the sources no longer contact them.

What is a source going to tell Semana magazine about a corrupt act being committed by the government? What is a source from the Attorney General’s Office going to tell RCN about an act of corruption being committed by a minister? They are not going to tell them! So, who are people looking to for true information? Journalists like Gonzalo Guillen, myself, Johir Akerman, Daniel Coronell or even a twitterer who has 30 or 40,000 followers, and the twitterer brings up the news, brings up a thread and, Bam!, suddenly that thread bursts into a huge scandal!

The issue of ‘truth and lies’ is in the public debate. In Colombia, two realities come together: the control from the power of the traditional media that spread the “official lie” and that of the different toxic social networks that send out their fake news from the very extensive and well-financed mainstream media world. Should Truth with capital letters be rescued, or would this be an almost heroic mission for a new journalism of the 21st century?

I believe that the truth in Colombia is there, it is raw, explicit. Here in Europe you can tie up threads, there can be a little more debate about the truth, but not in Colombia. There, an army of hired assassins in uniform comes out and shoots at demonstrators. Three policemen come out and capture a young man who later appears floating in a river with a bullet in his head. 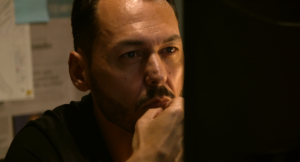 In Colombia, Alvaro Uribe releases a tweet (practically a ‘decorated’ tweet) in which he says that if the security forces carry out a massacre, it does not matter. And a number of peasants and social leaders are assassinated.

In Colombia, for example, in my case, Alvaro Uribe, of the Democratic Centre Party (Centro Democratico), issues a statement saying that I am an international subversive, that I want to destabilize the country, and calls on his followers to take action against me. Two days later, a senator receives a call from an informant who records a message saying that they are already looking for me and that the Aguilas Negras and the Oficina de Envigado (the hitmen of the Medellin cartel) are already carrying out an operation in Bogota to kill me. The truth is explicit in Colombia, it just needs to be broadcast. There is more of a problem in disseminating that truth, because the media are rag dolls of the same corrupt, anaesthetized and bloody system that we have.

Total impunity in violence against journalists