With a clear vision of the importance of Mother Earth, 21-year-old David Lautaro, an immigrant who has lived in England for the past four years, fights to raise awareness of the need to protect and preserve the remaining ecosystems, in the United Kingdom and abroad. 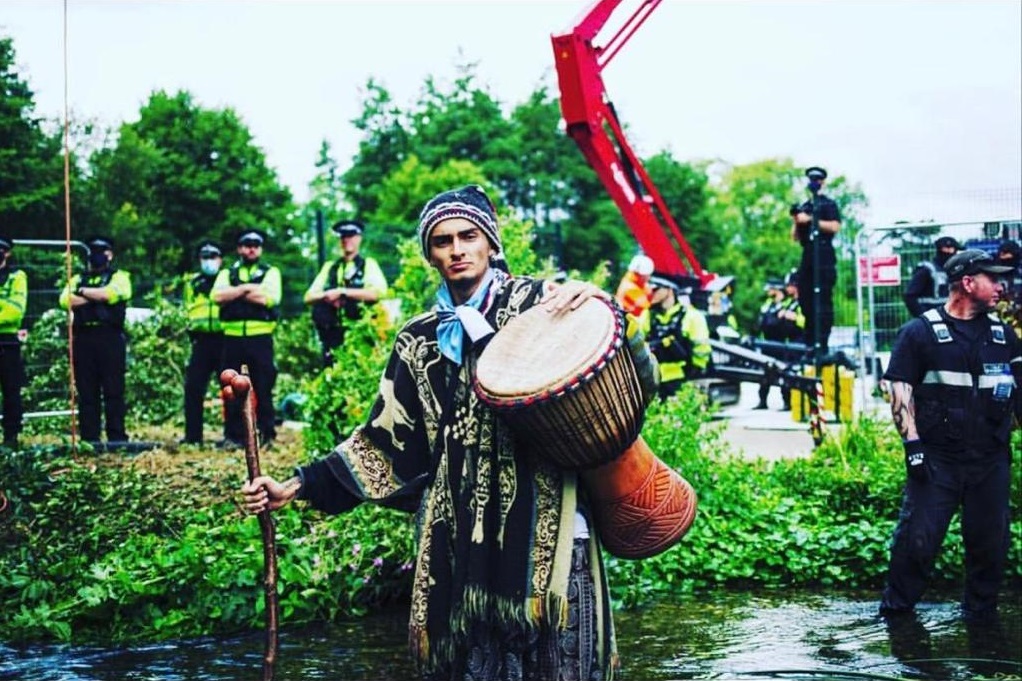 Born in Colombia, into a farm-based community, David Lautaro Illayux was forced to helplessly watch as a big corporation took his families land to access a river that allowed the company to sell water from the property.

The Colombian government gave them permission to take these resources, which meant the Lautaro family were unable to take it to court or dispute the decision. So, they moved to Bogotá. “I had never seen that many people and I realised there was a problem that was much deeper than what happened to me”, recalled Lautaro.

“That’s what brought me into activism, I campaigned around land rights and brought awareness about what they are doing with the resources and the corruption that goes with politician permits, environmental permits and the corporations”.

Whilst campaigning for HS2 Rebellion, Lautaro went to the countryside with some farmers and realised how easily the government could seize land in the UK.

“There is no referendum, you don’t even have to talk to the farmer, HS2 Limited just put it on the gate of the farm or something, on behalf of the UK government. They give you a 30-day notice and then that’s it, they have to come and take you out,” says Lautaro. This is known as compulsory purchase.

Taking an interest in this, David supported the launch of Extinction Rebellion UK. Fighting for environmental rights he does a lot of cultural and creative industry work with music and bands, using traditional music that comes from indigenous communities to connect environmentalism to natives and explore the lifestyle they have.

“The links to me that are the most important is acknowledging and highlighting the way that in the west, before the climate crisis came about, that way of living was looked at as backwards, primitive or not smart when in reality especially after the last 10 to 20 years the environmental movement has come up and people are realising the opposite. Some universities are now looking at indigenous knowledge as very advanced and very intelligent”. David Lautaro, who has two sonorous words in his name: “Lautaro”, the name of a Mapuche leader, and “Illalyux”, which in Quechua means “fortunate’ spoke to The Prisma about his experiences of campaigning in the UK as a young immigrant man of Muisca heritage.

How does activism differ between the UK and Colombia?

Privilege. The movement Extinction Rebellion UK are privileged to name themselves that because in Colombia a rebel is a target of the government.

In addition to this, I have found that in the UK I have more engagement with the police. They definitely profile you and are more likely to try find something that you are doing wrong.

Within activism, the police are much more scared of non-white activists and protesters. 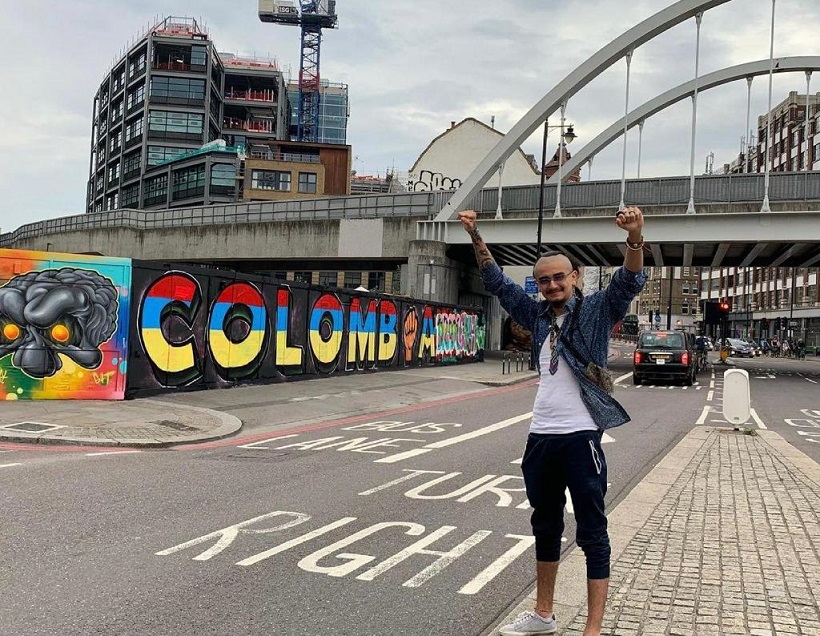 What could younger activists learn from the previous generation of activists?

I know a wide range of people who have campaigned against anti-war movements for a long time and have used different techniques when taking action. One famous example is one woman singlehandedly stopped a train that was going to deliver bombs to planes to take to Vietnam.

For me, it’s continuing these heroic acts.

I have gone into tunnels to prevent the transportation of nuclear weapons.

These acts save millions of lives, if that woman did not take that chance then 11 million tonnes of bombs would have been dropped on Vietnam. Imagine if there were more people like that and how many more travesties could be suppressed.

Has social media improved the UK’s education surrounding these issues?

It definitely helps facilitate information for those who are looking for it. But the general public are not aware of why there is a need for activism or realise that there is anything wrong because the story that most people come out of school with is that we are progressing and developing.

They never really look at the problems, only the benefits of society. I believe a lot of what needs to happen is conscious change.

There has been progress but there is a multitude of social issues like racism and fascism, especially when it comes to age and class. 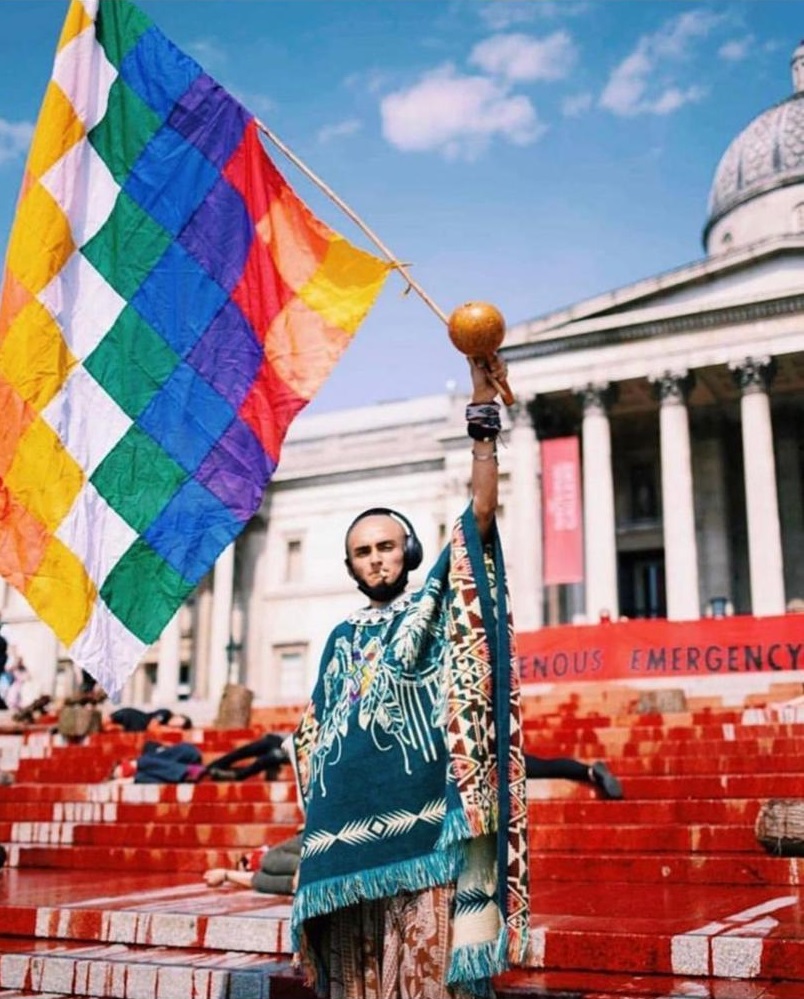 The most important is undoubtedly the climate crisis and the sociological breakdown that it is causing.

To tackle it however, we need to address the others to build solidarity and community. We need to realise that we all breathe the same air, so the climate crisis affects us all.

How are you going to keep people engaged with your movement?

Educating people about sensibility, autonomy and the importance of self-responsibility.

Questioning people about the idea of government and if that is in your best interest and offering alternative economic governance systems.

Encouraging individuals to build community by engaging with new people and have more conversions, you know human to human.

The most significant factor is that feeling of survival, which can be found through self-responsibility.

How important do you think it is to keep fighting?

My cause to fight is to preserve life, quality and equity to everyone and everything. Fighting contributes to the understanding of what the human being is, what our purpose is and why we were created. We have a duty as human beings to defend human rights and responsibilities. This means setting goals and aspirations. Hope is crucial. Without hope, we would never achieve anything. Change will happen.

The beauty of the world and its ancestry, not just human beings but the evolution of plants and animals and the perfection of it.

It is paradise, which exists despite world conflicts. What drives me is the virtue of mother earth, the sun and the stars because that is all we have, that is all I have ever known. I can’t believe in something that’s not there. 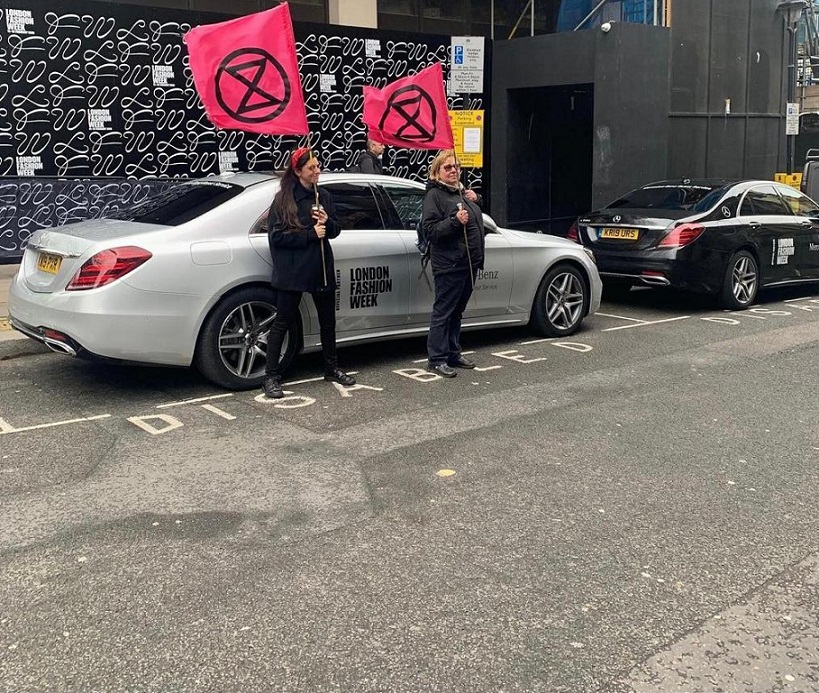 How will the Police, Crime and Sentencing and Courts Bill affect your movement?

The Bill specifically mentioned Black Lives Matter and Extinction Rebellion. The interesting part is that last year we attacked the media a lot.

One of the big actions we took was against the factories that printed newspapers. We blockaded a couple of factories for a day so that their papers didn’t come out and we put our own ones out instead.

The plan was to blockade it for a week because that is a long period of time to keep people in the dark from information.

However, calls were made and what would have taken the police a week, took them a day, which showed the pressure and influence the owner of Printworks had over the home secretary Priti Patel.

This Bill makes it extremely hard to get people to do anything because many of us will end up in prison. That is another important thing happening now: Kier, a multinational construction company, are making mega prisons in the UK. They are building 6 new prisons and expanding existing prisons to make 18,000 additional prison places to create space to put the people in that they’re going to get from all these new bills.

We are looking at what to do after September. We will all have to lay low and chill for a bit or leave the country or study or something.