In the face of the impossibility of direct confrontation between the great powers that emerged from the Second World War, the struggle for world hegemony was played out in local wars in peripheral areas. It was done through indirect confrontation using third countries. 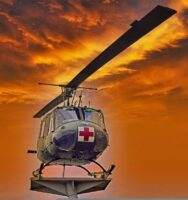 The objective of traditional capitalist politics was to make what was known as the “spread of communism” impossible, but without forgetting the traditional competition between the same Western powers and Japan that caused the two world wars of the twentieth century. This was a competition for control of markets, of raw materials and of spheres of influence.

Direct war between powers is replaced then by forms of the so-called “cold war”, the same one that has survived until the present day but with different scenarios and protagonists, albeit all subject to the same dynamic.

It is no surprise then that behind the contemporary military conflicts in Asia, Africa and on the fringes of Europe, it is possible to recognise the interests of Western capitalists and of Japan, whose objective, now as previously, is to subjugate Russia and China, nuclei of old-fashioned socialism.

Similarly, they also try to subjugate the other “emerging powers” in the BRICS group as well as, in quite a few ways, countries who also link their development and national sovereignty to new forms of integration in the world market, outside and often in contradiction with the former hegemonic powers of capitalism. The current war in Ukraine is nothing but the most recent expression of that “cold war”.

The “cold war” has also been conducted in Latin America and the Caribbean, and it continues today. 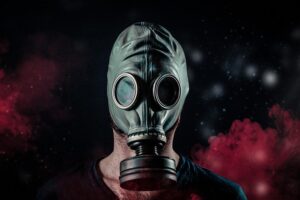 In countries like Cuba and Venezuela the anti-communist narrative stands out as the central axis of Washington and its (local and international) allies’ policy.

But in Latin America and the Caribbean this “cold war” also manifests itself in the United States’ interventionism against nationalist governments which, in many cases, cannot be held up as “leftist dangers”.

To military coups, dictatorships and other direct forms of waging this “cold war” can be added new forms of interventionism, of modern warfare, which (without ignoring Washington’s repeated direct military intervention in the region) have centred on economic sabotage, the media war and terrorism. Said terrorism is financed and directed by specialised agencies of the United States, which have started to be joined by those of European countries and, very especially, of Israel.

In Colombia’s case this “cold war” has in fact converted a good number of its institutions (in particular, the armed forces and the police) into extensions of the military entities of the United States with the clear goal of bringing about open warfare by Bogotá against Caracas.

Petro’s new government has the far from easy task of shedding Colombia’s denigrating epithet “the Israel of the Andes”. The “cold war” can then manifest itself in a thousand ways and not necessarily through open conflict as in Asia, Africa and Europe. 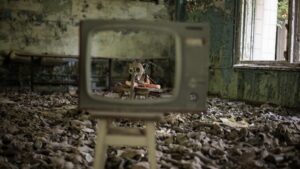 The “cold war” did not manage to subjugate Russia and China, although the destruction of “actually existing socialism” can be attributed to it, at least partially, since this system collapsed primarily through its own errors and would have ended anyway without the West’s sabotaging actions. Nevertheless, the current forms of this war between powers does not show any sign of subjugating these two.

It would be very premature to predict how the conflict in Ukraine will end; but it seems Russia is winning the tussle: it is recovering Crimea and taking control at least of the exit to the Black Sea (Kyiv would have to make a lot of concessions to Moscow to keep the port of Odessa, even under Russian supervision).

Putin is showing the former soviet republics now turned into NATO bases (that literally surround Russia) that it is bad business to ally themselves with Westerners in their military adventures.

The position of those who prefer to maintain good relations with Moscow at the same time as they do with the West is well known – Hungary, for example, as well as other countries in the region like Turkey and Israel.

The war in Ukraine is no less significant for those who are abandoning their neutrality – Sweden and Finland, for example – who, unless things change dramatically, will understand that Ukraine’s fate – literal devastation – could await them too if their commitment to NATO goes further than words. 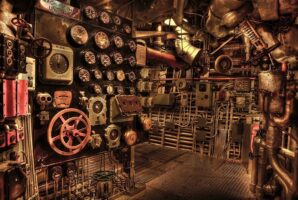 Reading between the lines of the European Union’s triumphalist declarations one can see that the traditional contradictions with the United States remain relevant.

France and Germany, especially, have always favoured discreetly but with sufficient clarity generating their own mechanisms in the global confrontation.

NATO’s supposed unity is not – if this reading of the facts is correct – as monolithic as the propaganda shows.

It is enough to consider the differences in the negative impact the conflict has on their economies (without forgetting the United States itself) in relation to the economic sanctions against Russia.

Indeed, some business groups (arms producers, for example, and energy monopolies) are obtaining incalculable profits from this war but the same is not true of other capitalist sectors whose normal operations are subjected to total uncertainty if not ruination.

The working populations of the Western countries committed to this military adventure are already paying the high cost of the conflict and find themselves subjected to a general increase in prices while wages decrease at the same speed. Discontent has only just started and omens of a new global recession are repeated endlessly. 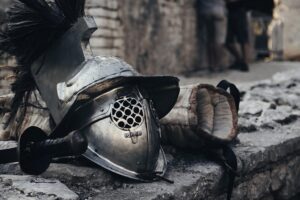 The expected economic (or political) toppling of Russia or China, countries that seem to take the challenge in their stride, has not happened either.

This scenario can be read in many different ways. An optimistic view would be to wish for this “cold war” to lead to a peace agreement similar to the one after the Second World War, but without the “cold war”.

That is to say, an agreement involving the effective limitation of nuclear weapons and of the many new forms of destruction – some of which it seems are being trialled already in the Ukrainian war. A world agreement that makes the so-called international institutions (the UN, in particular) truly democratic. An agreement that competition in the market is carried out peacefully, as classic liberal philosophy advocates, that is, that the winner in the market is whoever offers better prices and better quality, and that all non-economic and mafia-like behaviour that harms competition is avoided.