The waitress comes over to take our order, and greets us with a cheery ‘Hi guys!’ Or, the call-centre operative insists on calling me by my first name, in an assumption of easy camaraderie. 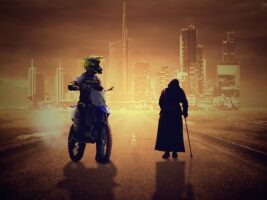 These are symptoms of the ‘first name syndrome’. Prevalent in our society, these encounters represent the false bonhomie, the fake friendship, characterising our customer-centred culture.

Employees are trained to simulate friendliness; fast-food store servers mouthing ‘Have a nice day’ inanely to purchasers who simply want a quick meal.

Emotional labour is a key facet of advanced capitalist economies; not enough to just produce a commodity or provide a service, workers now have to do so with a smile. The service economy is also an economy of affect. These affections, however, should not merely be simulations; they must be genuine, authentic.

The fake is real – a simulacrum, hyper-real. Surrounded by nice people, we are lull into a false sense of security, the more easily to part with our money. Thus, more is now demanded of the workforce; not just their time and physical energy, but their inner psychological substance. 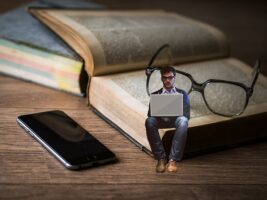 But, despite my sympathy for the operative forced into this game-playing of supposed sincerity, I do still resent it.

I object to being referred to as ‘guys’, or called by my first name by someone I do not know.

It is an expression of institutional power-play, which infantilises or diminishes me, taking away my dignity.

It may be that I am simply getting old, and now insist on the respect implied by being called ‘Sir’ or ‘Mr’; a respect I did not give to older people when I was younger and used their first names.

It’s a historical and cultural phenomenon, which I associate with the influence of North American culture in Britain, from 1945 onwards. Their easy-going, relaxed, attitude to life, and their use of first-names, subverted the tradition-bound stuffiness of British class-bound society. This development was widely welcomed by young people in the breakdown of customs and the advent of the youth culture, in the 1960s and 70s.

And yet, even in the US, younger men will often call their elders ‘Sir’, and use honorifics like ‘Dr.’ and ‘Mr’; in this respect, having more in common with cultures of the global south. 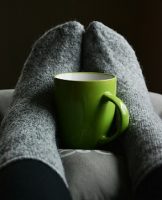 The use of titles or their abandonment can both be a means of control. The latter is simply more hidden and subtle, masked by an apparent egalitarianism, which leaves dominant relations intact.

And yet, I find I am inconsistent. Recently, workers in care homes for the elderly were forbidden to use terms like ‘love’, ‘pet’, or ‘dear’, when addressing their patients.

Again, the feeling was that it was disrespectful, ignoring who these people had been in their professional and active lives.

This may be a genuine problem. But something also seems to have been lost; because, this language arises from a popular culture of affection and relationship.

Truly authentic, these terms of endearment are not the result of a management model of manipulation.
(Photos: Pixabay)