People get hung up on labels and flounder when someone or something doesn’t fit into existing categories – the struggle to define multiculturalism in the UK is a prime example. Pinning this word down has proven to be difficult, and has been increasingly associated with religion, and with Muslims in particular.

It’s time to confront an uncomfortable truth: you are a cognitive miser. But you’re in good company – so is every other person on earth. What it boils down to is that people are lazy.

People don’t have the time to ask everyone for all of the information that they need, so they use symbols and history to fill in the gaps. Others are placed into groups because it enables individuals to mentally handle the complexities of the world. New information is placed into existing mental maps (schema).

The UK multiculturalism and faith debates bring this negative side effect into the forefront of public life. Tony Blair wrote about the need to have open-minded faith discussions in order to combat the “hostile face of Faith” and to promote human rights globally. The online comments posted in response to the article focused on Blair’s hypocrisy and the need to remove religion from politics – describing people of faith as “religious nuts,” being “so dogmatic,” and relating immigrants to religious “radicals.”

People, as they so often do, position themselves and others in binary terms – ‘them’ versus ‘us,’ the “religious nut” versus the implied rational individual. 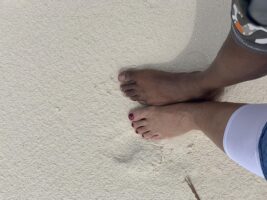 They get hung up on labels and flounder when someone or something doesn’t fit into existing categories – the struggle to define multiculturalism in the UK is a prime example. Pinning this word down has proven to be difficult, and has been increasingly associated with religion, and with Muslims in particular.

Imbedded in this struggle over definition is an identity struggle – who is and who is not British, who does and does not belong. Identity threat, under any circumstance, can be deeply troubling for an individual. But faith-based identity threat can be even more trying due to the central role that faith plays in the lives of believers.

Irreligious beliefs can also be central to one’s identity and reaction to identity threat, so atheists aren’t off the hook on this one either. The particularly dicey nature of this type of identity threat is what makes the multiculturalism/faith debate in the UK so important for so many people. 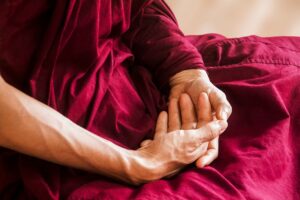 Each person belongs to a number of groups, each of which shapes them as a person. Yet despite this social fact, people think of others in terms of boxes to tick off, placing them in simple categories rather than through the complex networks that they actually live. The binary categories that people create can suck even the most critical of thinkers into knee-jerk reactions.

Therein lies the central problem – not only is engaging with other viewpoints challenging because it requires an individual to confront alternative ways of seeing the world, it’s also downright exhausting. Engaging with alternative viewpoints requires extra mental work and can be a psychological minefield.

And so, it seems, humanity is left with one big social mess. We put people into groups because it helps us mentally handle the complexities of the world around us. If we didn’t, our brains would be overwhelmed with information to process and we’d be cognitively bogged down, unable to function. 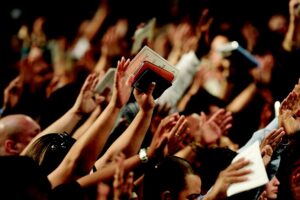 But this mental shortcut can, and often does, lead to prejudice.

No one is immune to this, not even critical scholars who pride themselves on picking apart and unpacking the big social mess that is life.

The beauty of this process is that people are active agents of meaning creation – we have the ability to remold ourselves and to redefine the world that we inhabit. People can, and do, challenge social conceptions of the label(s) imposed upon them.

Take the BBC documentary “The last white kids”, which explores how one family reshapes their identity within the changing UK social environment. The family is ‘the last white’ family in an Asian neighborhood where most of the inhabitants are Muslim.

The children in this family played with their identities, performing their identities on their own terms, relatively free to (re)define themselves and create new labels.

This is not a simple process as could be seen in the documentary; it requires psychological support. Identities are deeply personal things and remolding them is a delicate affair fraught with psychological danger.

The key to this transition is boldness – dare to be bold, to step outside your cognitive comfort zone, engage with other perspectives, question yours, support others in their journeys, think critically, and remember that you’re only human.