Varlam Shalamov (1907-1982) was first arrested in Moscow at an underground printshop in 1929 and sentenced to three years’ imprisonment. In 1937 he was arrested again for counterrevolutionary activities and sent to the Kolyma region in the Russian Far East. 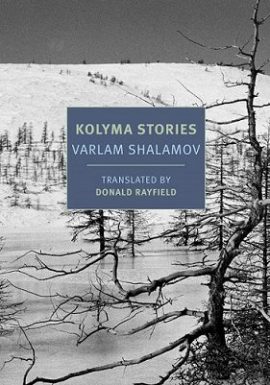 He spent the next fifteen years in various camps and his “Kolyma stories” are terrifying testimony to what he  experienced as one of the estimated 18 million who were sent to the gulag between 1930 and 1953 (about 1.5 million never survived).

There are some 150 stories in this new book of over 700 pages and you might think that so many tales of camp life would prove repetitive.

Astonishingly, this is not the case and each one of them offers a fresh take on existence at the extreme edge of what is physically and psychologically possible.

Shalamov’s memory is astonishing – Proust’s recall of his rarefied world palls by comparison – and the authenticity of his stories derives not from a grand narrative but from close details of everyday life under brutal conditions.

“Carpenters” begins by noting how thermometers were not seen but temperatures could be accurately noted: a frosty mist indicated minus 40ºC, while if breathing was normal but a noise was made breathing out then it was minus 45ºC; if breathing was noisy and you were out of breath, it was minus 50ºC while “below fifty-five degrees a gob of spit freezes solid in midair”.

Survival is the sole criterion for behaviour; ethics are inimical to life. In the story ‘Condensed Milk’, thinking itself is experienced as a physical process – ‘For the first time I saw the full extent of the material nature of our psyche, and I felt its palpability’.

Most of the stories are tightly written and short, a few pages only, but they are invariably punchy and not infrequently the final sentence or paragraph delivers a telling blow.

Where Solzhenitsyn is preachy and rhetorical, Shalamov is clinically and chillingly down to earth; exactitude and the unexceptional shapes his raw aesthetic.

One of the best stories is ‘Cherry Brandy’, imagining the final hours of the poet Osip Mandelstam who died from cold and hunger in a camp in 1938.

The poet was dying. His big hands, swollen by starvation, with their bloodless white fingers and dirty, overgrown, curling nails, lay exposed on his chest, despite the cold. Before then he had held them against his naked body, but that body now had too little warmth. His gloves had been stolen a long time ago.

Mandelstam enters a profoundly existential state of mind, serenely contemplating the poetic impulse that keeps him barely alive and what he calls the ‘monotony’ of dying. The disconnect between his thoughts and the reality of the camp is unbearably poignant.

“Kolyma stories”  tell of pain and suffering, deprivation and bare survival. They are a masterpiece of Russian literature and of prison literature.