Herodotus tells a story in “Histories” (5.49-54) about Aristagoras, the leader of a rebellion against the mighty Persian Empire, visiting Sparta to solicit military support. His sales pitch comes complete with a visual aid, a world map engraved on a bronze plate. Aristagoras uses the map to deliver his clinching argument about the material rewards for toppling the Persian Empire: “gold first, and silver too and bronze, richly embroidered garments, beasts of burden and slaves”.

Territories are indicated on the map as being close to one another, as if travel from one region to another is effortless.

The Spartan king asks how long would be the journey and when told it would take three months Aristagoras is summarily dismissed and sent packing.

The picture that was meant to entice him into sending an army was not drawn to scale but the Spartan had the nous to ask for vital information not represented on the map.

There are different ways of representing geographic space and Herodotus goes on to describe the three-month journey in words.

His non-visual account breaks it down into itinerant stages, concentrating on measurable distances and some of the physical challenges involved: at a specified point there is a ‘great fortress’ that has to be passed; in another place four rivers ‘must needs be crossed by ferries’. 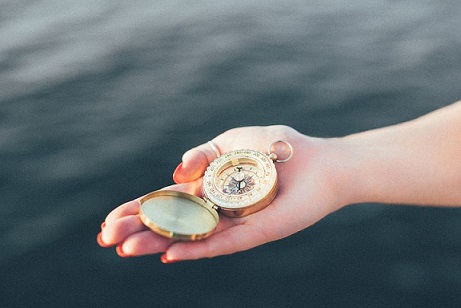 Space is also historical and the best kind of historical atlas combines cartographic representation of space, of the kind employed by Aristagoras, and the textual one offered by Herodotus. A term that brings temporalities and spatialities together is ‘hodology’.

It’s the study of pathways in geography but can also refer to connections in parts of the brain.

The kind of atlas with a hodological dimension will bring together the physical with the cerebral and cultural: following paths that are both geographic and – following a story like a trail – narrative and historical. Such an atlas combines two ways of thinking about space: the synoptic or bird’s eye perspective that is the business of cartography and the durational view best transmitted in discursive narration.

This is what “Historical Atlas of Central Europe” manages to do. It contains over 60 maps of central Europe, drawn in a variety of scales, with each one accompanied by pages of text relating to the subject matter of the map. For example, there is a section relating to Poland, Danzig and Lithuania in the 20th century’. Three maps and as many pages of text encapsulate and summarise the various changes in national boundaries that  meant a family living in the same place required more than one change of passport.

Map reading has been reduced for many to following arrows on a smartphone at the expense of cartographic literacy making a publication like “Historical Atlas of Central Europe: third revised and expanded edition” more important than ever.

“Historical Atlas of Central Europe: third revised and expanded edition”, by Robert Magocsi, is  published by University of Toronto Press