Vasily Grossman is one of Russia’s greatest twentieth-century writers, possibly the very best. A new biography tells the story of the life of an author who should be better known and recognised for his achievements. 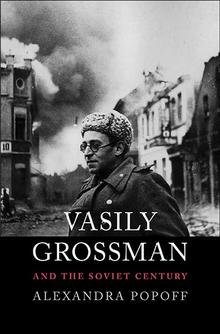 Grossman knew only too well the twin horrors of the twentieth century – the Holocaust and Stalinism – and was intimately acquainted with suffering, betrayal, collusion, self-sacrifice and servile submission to authority.

His Jewish mother fell victim to Nazism – he always blamed himself for not rescuing her from the path of the German invasion – and he wrote one of the earliest first-hand accounts of the Holocaust (his article, The hell of Treblinka, was used as evidence at Nuremberg).

He followed the purges of intellectuals and writers and the show trials that led to executions of Bolsheviks.

He knew about the gulags, where over a million men and women perished, and was aware of the consequences of  collectivisation and the famine in Ukraine where as many people died as in the Holocaust.

The confiscation of his “Life and fate” in 1961 made him a banned writer – the novel was not published until 1988 – and he became persona non grata but never a dissident. His biographer describes his life in the 1960s as “impoverished, dejected, lonely”. He died in 1964.

Grossman was a child of the 1917 Revolution in more ways than one. Growing up in Kiev, he had memories of the civil war and never lost respect for those who fought to defend the revolution.

In the early 1920s, he moved to Moscow to study engineering but reading Tolstoy inspired him to write and he gained the support of Gorky.

By the time of the Nazi invasion, he was a journalist and became the star correspondent for the Red Army, covering the battle for Stalingrad and the finale in Berlin; his war writings have been published as “A writer at war”.

Alexandra Popoff, a former Moscow journalist, has produced a detailed and informative biography but her style is often less than exciting, though her account of Stalin’s purges is compelling.

Popoff’s own anti-communism is often on display and she could have devoted more attention to the literary qualities of Grossman’s achievement as a writer of fiction and non-fiction.

He combines reportage, vivid characterisation, and philosophical and political reflection alongside narrative skill. The emotionalism of some of his writing is justified by the magnitude of what he experienced.

“Life and fate” is a masterpiece and so too is “Stalingrad”. “Everything flows” was written in the 1950s and has harrowing accounts of gulag life and the famine in Ukraine.

Its conclusion, that ‘there is no end in the world for the sake of which it is permissible to sacrifice human freedom’, has lost none of its relevance.

In Putin’s Russia, Grossman’s core values are not held in high esteem. But, with the 75th anniversary of the end of the Second World War about to be celebrated in Russia, his testimony to his country’s epic valour in that conflict should be applauded.

“Vasily Grossman and the Soviet century”, by Alexandra Popoff, is published by Yale University Press