The deep-rooted appeal of the Jack Reacher novels is no big secret and, if you believe Amazon’s page about their author, Lee Child, every nine seconds another one of them is sold. 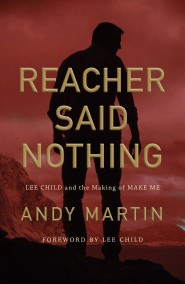 Reacher embodies vengeance with a social conscience. In the early novels Reacher succeeds through intelligence, brute force and occasional help from his few friends but, as the stories progressed and the body counts rose, brute force has come to dominate.

In the most recent book of the series, “Blue Moon”, the death count takes on epic proportions as Reacher, now approaching the age of 60, lays waste with abandon and he is able to wipe out two drug-dealing, human-trafficking gangs – they’re foreigners of course – terrorising the streets of some anonymous American city.

It’s all ridiculous, escapist nonsense so shadowing Lee Child as he writes the twentieth of his novels is an intriguing proposition.

The result is “Reacher said nothing” and it begins, significantly, on 1st September in 2014. It was on the first of that month in 1994 that Child, about to be fired from his job in television in England, went out to buy paper to start writing “Killing floor”, the first of the series, and every year since then he’s started a new one on the same day.

A new title comes first and then he sits down in front of a 27-inch screen and starts typing with his two index fingers. Cigarettes are his constant companion

The author of “Reacher said nothing” is a Cambridge academic, Andy Martin, whose pretentiousness has to be bracketed off in order to enjoy finding out how Lee Child goes about writing his novels. Literary names are irritatingly dropped by Martin and references to Flaubert, Barthes and others get in the way of discovering how the novels are constructed.

It’s hard to believe Child when he claims to know nothing about his next book until he starts writing but his golden rule –“You should write the fast stuff slow and the slow stuff fast” – has a ring of the truth.

He takes care over his writing and explains the choice of words in the opening sentence of the novel he has just begun: Moving a guy as big as Keever wasn’t easy. 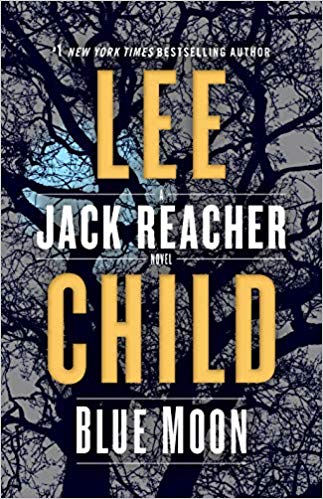 He wanted to start with a verb of action, he says: “See, I didn’t want to write, Keever was a big guy and moving him wasn’t easy. That’s too expository. This way we waste no time. It’s compact. I thought about was not easy for a moment. But the rhythm was better, wasn’t easy”.

When Child speaks for himself, disarticulating his own work, it’s fascinating to read. Martin, on the other hand, is a pain to behold. His ‘On the Money’ chapter purports to deliver some hard facts but fails to produce the numbers we are curious to know.

“Reacher said nothing” by Andy Martin is published by Polity Books