This unstable fool of a president has drawn headlines more and more for his attacks on the press and recently on the World Health Organisation (WHO), but now he has actually stopped the US contribution for a 60-90-day review period. 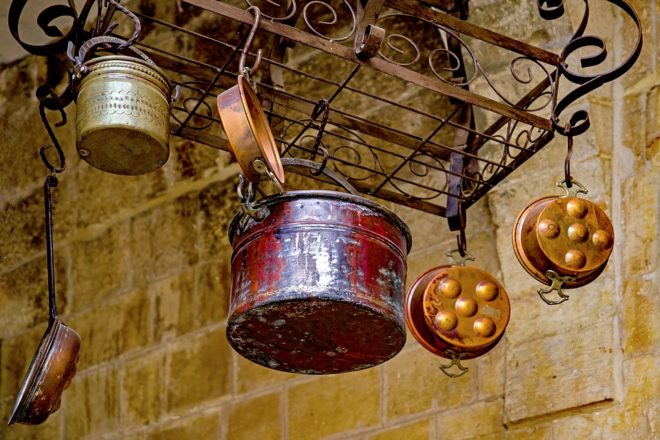 And in the same article it is reported that the $1200 cheques planned to be sent to all US Americans, were being delayed because Trump wants his name on them!

Hard to imagine a more childish and dysfunctional behaviour from the government that once considered itself some kind of world leader.

How to respond when street demonstrations are out of the question? There is a simple but effective way that will certainly impact a president who manipulated photographs of crowds at his inauguration to make them look bigger.

It’s called a cacerolazo, or banging pots and pans from windows and balconies, and it only needs to start in one street in New York City to be picked up and recorded by the media, and a twitter storm will follow.

“Come and get us if you can, Mr. Trump”, it will say. Everywhere he looks, the same message will come back: “You ain’t no president, Mr. Humpty Trumpty, just an apprentice politician, dazzled by dollar signs and deafened by the sound of cash registers”. 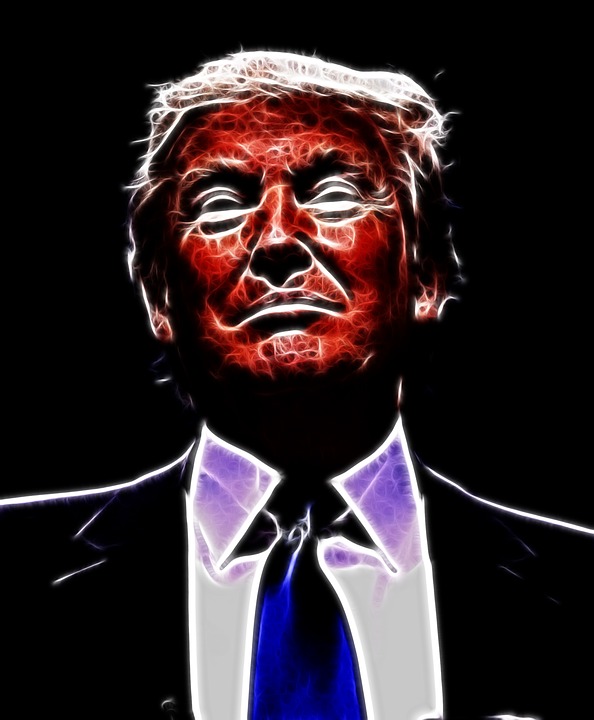 Impeachment failed because the corrupt Republican Party didn’t care about the US population.

The Intercept recently called for Vice-President Pence to invoke Section 4 of the 25th Amendment to the US Constitution, to remove a president who is incapable. It hasn’t happened despite Trump broadcasting evidence of his incapacity at every press conference, making one untrue claim after another, claiming credit for things he didn’t do, and insulting journalists as fakes, for simply asking questions.

The cumbersome machinery of the ship of state has failed, and we live in a world that is ever more controlled by digital technology. So, how ironic if a simple human, non-verbal analogue communication could break through and achieve what nothing else seems able to.

Brazilians have been protesting with panelaços (pots) against Bolsonaro and he’s still there, but such a public display in the US might be different.

Trump couldn’t call it fake news, and he couldn’t keep shouting over the noise. It might show the world like nothing else could that the US has no captain. Strange that he himself referred to the Mutiny on the bounty just the other day, when that was a mutiny against a tyrant. But there are many other things he doesn’t seem to get.

Of course, Trump would blame the Mexicans for importing their nasty Latino methods in a plot against the greatest president the world has ever known. But they will be supported, and Trump will not. 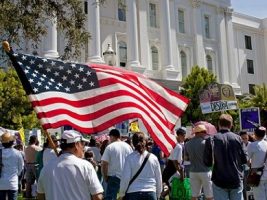 However, last week was is reported that there have been protests in Michigan and Kentucky against the lockdown measures, by people wanting to return to work.

This could also be used by Trump to claim that a cacerolazo is a protest against state governors, not against him.

The cacerolazo by that name began in Chile in the 1970s as a protest by the upper middle-class against Allende’s socialist government, and then became a protest against Pinochet’s dictatorship.

But it goes back to the 1830s in France, and forward to protests in Quebec, Argentina, Catalunia, and now in Colombia. And it sounds like this.

The US probably reached the peak of its moral authority after WW2, but has been in a decline ever since. Kennedy, who wanted to get out of Vietnam and proposed a joint collaborative space exploration program with the USSR, was assassinated soon after.

Instead, the Vietnam war continued, coups were carried out in Latin America, and more recently Iraq was almost destroyed in a war for oil, which followed a period of sanctions that led to the deaths of an estimated 500,000 Iraqi children. A figure which Madeleine Albright considered was ‘worth it’. 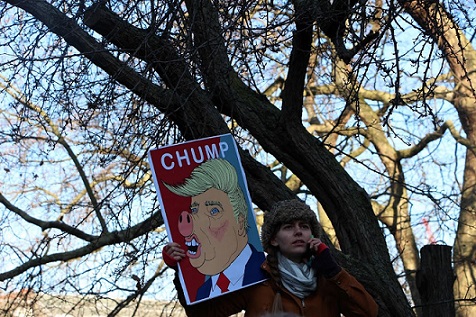 Trump is no JFK  but, who knows, maybe he is right that the ‘deep state’ is out to get him..

Still, he has created a new risk in the Middle East by his vendetta against Iran, that now deprives the country of its means to resist Coronavirus, and has left many key government departments understaffed, with effective officials sacked for petty personal reasons. And the Pandemic Response Team was deliberately weakened by him, along with anything else that could be seen as a legacy of Obama.

Coronavirus is the first problem he has faced that is not of his own making, and all he can do is make it worse.Time to kick the bully out of the playground.