A Colombian immigrant has been living in London with her youngest son, for eleven years, where she moved after ten years spent in Spain. She always felt safe in the UK, but now, due to the Covid-19, she is experiencing the strangest and most unreal situation of her life. 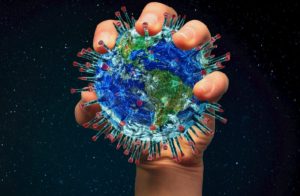 Patricia Sandino works in a museum, in the cleaning service, and like many other people, at the beginning of the outbreak, she was not too worried. But, the first confirmed case of Coronavirus, among a member of the security guards, changed her mind and she started to feel scared and vulnerable.

Besides that, two days later, the museum closed its doors to the public, but employees had to keep working for one more week, before the total closure of the museum. Moreover, because of a lack of protective equipment, such as masks and gloves, she was exposed to a higher risk of contracting the virus.

One of the many issues that migrants have to deal with is having the whole family, or at least part of it, far away, and this gets harder during the outbreak of a pandemic, as worries for loved ones are amplified by the distance. In fact, Patricia still has her eldest son with his partner living in Colombia, as well as her mother and a brother.

Also, at that very moment, the situation in Spain and Italy was becoming very dramatic, she was feeling anxious and stressed, as a large part of her family is still living there. We need to say that Spain was the first European country where she arrived and lived, and she left it because of the economic crisis in 2008. Her youngest son was at that time only eight years old.

Since the beginning of the quarantine, her life has changed a lot. At first, she struggled to find a variety of food and domestic products in her local supermarket, and, at any time of day, she always found half of the shelves empty in all the supermarkets she visited.

Fortunately, after two weeks, the situation started to settle down and unavailable products again started to fill up the shelves of the shops, and she started to receive 80% of her wages paid by the government, but her worries are not over yet.

The pandemic is far from over, like Patricia’s worries. Her 18-year- old son was supposed to start his undergraduate studies in the coming September, but because of the wind of uncertainty that comes along with Covid-19, she fears for his future. “He does not have, nor he can think of a future, a brilliant student who at this moment feels lost, while he is studying at home, but what will happen to his university course?” she asks.

Although she is affected by arthritis, which can be quite limiting, she has been dealing well with the restrictions imposed by the quarantine and all the issues that come along. “I lead a ‘relatively’ normal life. […] I can’t do much, but walking helps me.” 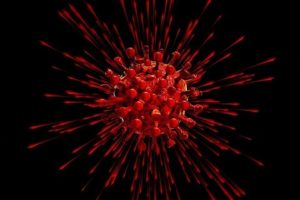 But at times, the situation can be very discouraging, she said. “Although I always come home with the feeling of having been in a film, seeing people with masks, gloves and avoiding approaching others as much as possible, makes me feel a little depressed.”

Of course, her life has also changed in a good way. The rush and the lack of time have stopped. Now there is so much time, we don’t know what to do with it!”

And of course also her days are quite different now: she goes to bed very late and so gets up very late. She does the physical exercises that her health problems allow, and then goes out for a walk and to do some shopping. She returns to do some housework, and has dinner with her son, watch TV together or study … And so on, every day.

But Patricia Sandino sees her biggest fear in the immediate future. She thinks the British government hasn’t done very well and that the measures taken have been too flexible.

Governments, with no exceptions, have shown themselves to be unprepared to deal with the outbreak of a pandemic, and, now that there are rumours of a possible second wave of SARS-CoV-2 in September or October, it takes her breath away. But she knows that the only thing to do is to continue to follow the social distancing procedure as long as it is necessary, not only to protect herself but to save everyone’s lives.