Though the United States has GDP per capita of $64,906, the population itself lives another reality, and the number of homeless people is one of the most shameful symptoms of the existing inequality. 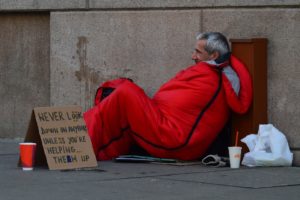 This is a chronic and endemic problem that is exacerbated with the effects of Covid-19, which include unemployment, economic recession and high rent costs. These aspects, though nothing new, will impact a country where the number of unemployed people is estimated to reach 50 million by the end of 2020.

By last week, the official unemployment rate had reached 20%. However, the White House insists that the economy will recover in the second half of the year, despite calculations that GDP showed a 4.8% decrease in the first quarter and even worse figures are expected in the second quarter.

The most affected sectors are the hotel and restaurant industries, with more than 7.6 million jobs destroyed, followed by the retail industry with 2.1 million unemployed, and manufacturing with 1.3 million jobs lost, which is evidence of the tragic situation in the job market in the world’s largest economy. 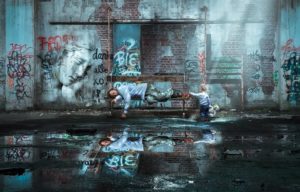 Experts are alarmed by these figures, partly because many more people could become homeless, one of the most forgotten sectors of society. For people in this situation, without stable shelter, everything else can begin to unravel.

Five years ago, for example, there were 60,000 homeless people in New York, the city worst affected by the pandemic. At national level, around 575,000 people would not have a place to stay on any given night, and though this figure had dropped, it began to increase again in the last two years, increasing by 3% in 2019 alone. Given the astonishing number of people that lost their jobs in the wake of the Covid-19 crisis, these figures will only keep rising, and will deprive President Donald Trump of one of his strengths for the November elections.

According to estimates, for homeless people in the United States, the mortality rate due to Covid-19 is ten times the national average.

According to a study conducted by three US universities in California, Boston and Pennsylvania, it is estimated that of the 575,000 homeless people in the country, 3,400 will die and 21,000 will be hospitalised due to Covid-19. 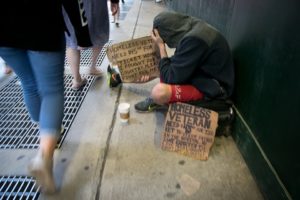 States such as California and New York, which, along with Texas and Florida, are two of the states with the highest number of homeless people, took advantage of closed hotels and began to set up beds.

Nan Roman, president of the National Alliance to End Homeless, stated that people in this category represent the most vulnerable sector of society, and in addition, lack access to protection, hygiene and sanitary measures, as well as the corresponding information.

The situation is most critical when two thirds of these 575,000 people are sleeping on the streets each night and not in a shelter or other facility, emphasised Roman.

From a racial perspective, official statistics show that black people make up 40% of all homeless people, while only representing 13% of the total population. Black, homeless and over 50: this is the profile that will be most afflicted by the pandemic in the United States, according to analysts.

In many cities, the main programme to provide accessible housing is so overwhelmed that it isn’t even possible to put your name on a waiting list. 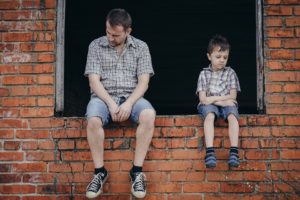 In a nation that prides itself on being a major global economy, one in five children (21.2%) of the 15.3 million children in the US were living in poverty in 2016, according to PovertyUSA.org. Many of these children could join their parents in the ranks of homeless people throughout the country, an endemic disease in the United States.

In 2014, the National Center on Family Homelessness found that 2.5 million children nationwide had been living on the street for a year.

The LA Times recently reported that governmental authorities in California complained of some cities blocking their efforts to protect homeless people from coronavirus, stated Governor Gavin Newsom, who is leader of the most populated state in the country and one which is considered by many analysts to be a leading global economy.

Newsom remarked that the efforts to move homeless people to hotels and motels to protect them from the virus took thousands of people off the streets, but defenders say that the programme has been slow and inconsistent in some areas, hindered by bureaucracy and local opposition.

The original objective of the governor’s plan was to secure 15,000 rooms across California for homeless people to protect themselves from the conditions of living on the street or in shelters where the virus could spready.

Elizabeth A. Mitchell, lawyer at the LA Alliance for Human Rights, believes that the progress has been very slow, which led her to sue Los Angeles city and county officials in April in order to force them to take action

At present, California has the highest population of homeless people of any state in the country, with 108,000 people living on the street or in their cars.

The numbers only add to the dramatic nature of the homeless crisis. Los Angeles county, for example, has around 60,000 homeless people, including 36,000 living in the city of Los Angeles.

What is going on in New York and California is just the tip of the iceberg. (PL)