The easing of restrictions imposed to stop the spread of Covid-19 in various countries has now given rise to a fear of contracting the illness, particularly amongst children and the young. There has also been a surge in mental illness and homophobia. 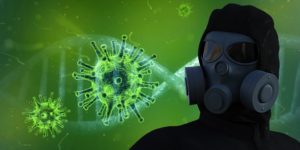 A study published by the association of educational managers in the Netherlands confirms the above and shows that 55,000 children did not attend the education centres after they had reopened on 11 May through fear, shared by their parents, of contracting the illness. In addition, 90% of schools in the Netherlands have reported student absences following the resumption of the school year, which only initially resumed for primary school, nursery and special assistance teaching.

Teachers are unsure and question the effectiveness of the social distancing measures in force post-pandemic in educational institutions. Such measures impose a minimum distance between students of at least 1.5 metres.

In Finland, fear of the illness has caused an increase in the number of suicides by 14% according to data provided by security sources and confirmed 129 deaths from this cause between March and April.

Following the pandemic, fear of contracting the illness grew amongst the Finnish population and, despite the reopening of schools, authorities in the sector have reported that they will continue with distance learning, even after the summer holidays, as the most effective way to continue teaching.

From as early as the beginning of March, the European Federation of Psychologists’ Association warned about the effects that an extensive period of confinement could have on mental health and recommended some actions to mitigate those effects.

One of the recommendations was the proper management of information about the pandemic in order to avoid unnecessary anxiety and to support those people affected. It also recommended that only reliable sources should be consulted in order to stay informed of the progression of the illness.

With regards children, the institution recommended that parents create routines and schedules for their children in order to alleviate any unnecessary distress and fear. It also reminded parents to bear in mind that children observe their parents’ behaviour and emotions as a way of understanding how to manage their own feelings.

Ángela Londoño-McConnell, psychologist and president of AK Counselling & Consulting Inc., explains that confinement measures could be triggers for depression and anxiety during quarantine and when it’s over.

The director-general of the World Health Organisation, Tedros Adhanom Ghebreyesus, has said that now is not the time for fear, but the time to adopt measures to prevent infections and save lives. People have good reason to feel uneasy and worried, but the most important thing to do is to remain calm. 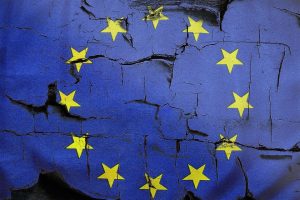 For him there is a real need to increase investment in mental health services, otherwise an increase in mental illnesses as a result of the pandemic can be expected, the numbers of which are already worrying.

He added that social isolation, fear of infection and the loss of family members are further compounded by the anxiety of losing income and jobs.

According to the United Nations (UN) report “Covid-19 and the need for action on mental health”, depression and anxiety are increasing whilst access to mental health services is disrupted. Health workers with increasingly heavy workloads are amongst those within vulnerable groups at a specific risk of psychological stress, the document explains.

Children and adolescents are also vulnerable because the isolation measures expose them to witnessing or being subjected to violence. This is also the case for women working from home, carrying out domestic work and being responsible for educating their children, the text explains.

In China, health workers have reported high levels of depression, anxiety and insomnia during the intensive days of fighting the pandemic. An evaluation carried out amongst British young people with neurological disorders revealed that 32% considered that the illness made their emotional well-being worse. 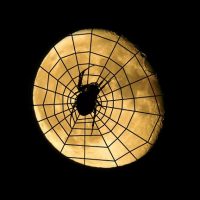 On the other hand, the impact of Covid-19 in Europe and the growing fear of infection has uncovered another underlying problem in sections of society in the old continent; homophobia.

The High Representative of the EU for Foreign Affairs, Josep Borrell, warned about the issue and advised that the LGTBI community may experience stigma and restricted access to health services as a result of discriminatory laws and negative social attitudes.

He insisted that emergency measures taken in light of the pandemic, such as confinement, aggravate the situation in terms of violence and abuse against this sector of the population. He asked that we renew our commitment against discrimination, violence, hateful discourse and hate crimes against people for their sexual orientation and gender identity. Such acts in emergency situations are spaces in which uncertainty, distress and fear are developed and created, which cause more harm than the illness itself, he added. (PL)