They are known as the crew, and they are the last stage of the front line, or intensive care, where the defining battle between life and death is fought against Covid-19. 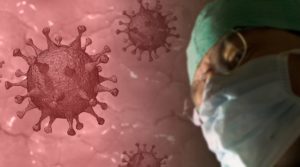 In the Salvador Allende hospital in the Cuban capital, the crew led by Dr. Nelson Yero is getting ready for another round facing the pandemic that has so far claimed the lives of 83 people.

“Alongside the determination to do our work, I can’t deny that we also deal with worry and fear,” admits intensive care doctor Jeovanni Quevedo, talking exclusively to Prensa Latina. He is a member of this team, which is also made up of other doctors (with reinforcement from other provinces of the island), nursing specialists, laboratory workers, X-ray technicians, EKG technicians and support personnel, some of whom have been relocated from sectors such as tourism, which are currently on hold due to the health situation.

His hospital, also known as ‘La Covadonga’, is one of the healthcare centres in Havana that are entirely dedicated to serving patients that have tested positive for the new coronavirus. 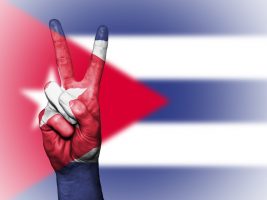 They have experience with other epidemics such as dengue, cholera and the H1N1 outbreak that occurred in Cuba a few years ago.

As in other countries, Cuban doctors and scientists continue to study this new disease, which is characterised by a high fatality and transmission rate.

“This explains why the protocols to be followed for this disease should not remain static and must keep up with the results of the investigations in this regard, both in Cuba and in other nations.”

He explains that in Cuba, as in other intensive therapies around the world, Kaletra (initially developed for patients with HIV-AIDS), Erythropoietin (which stimulates the production of red blood cells) and low-molecular-weight Heparin are used.

Another application is the hyperimmune serum or plasma obtained from blood donations of patients who surpassed Covid-19, with has produced good results in Cuban healthcare centres, where Interferon Alpha 2b is also used, a result of the biotechnological advan ces achieved in most of the Antilles.

“They are all decisive drugs in the healthcare protocol,” says Quevedo, who praises a new national drug, CIGB 258, which is the outcome of Cuba’s scientific involvement in the fight against the pandemic. 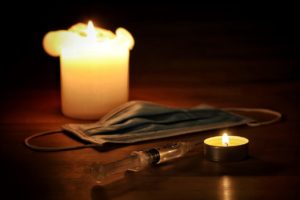 He stresses that the inclusion of this drug has been essential in reducing the fatality rate of the disease in intensive therapies in Cuba, since it is able to modulate or stop the ‘cytokine storm’. This is the hyper-inflammatory response triggered by the virus, which causes critical development and can be fatal in infected patients.

He also explains that his country’s health system takes note of international experience and also applies formulas to face the health crisis.

Like other teams in hospitals in the Caribbean nation, Dr. Yero’s crew works for 14 days in intensive care and remains in the hospital. Then they undergo two weeks of hospitalisation, in which the members are subjected to PCR tests to rule out infections, and finally return to their homes for another 14 days of rest.

The daily routine in intensive care begins at seven in the morning with the hospital shift change, during which the doctors and nurses assess how the patients spent the night. Then the personalised work with sick patients begin, and mid-morning there is a group discussion of each case.

At noon, a teleconference takes place with a group of experts from the hospital centre to make decisions regarding each of the patients, which may include readjusting their treatment. 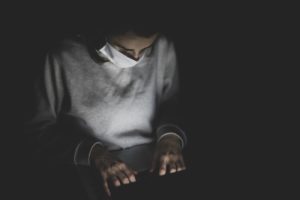 They also interact with a committee of experts, clinicians and intensive care doctors from the Ministry of Public Health, another benchmark in the discussion and source of support in choosing the best options for each case.

Dr. Quevedo will soon rejoin the crew, and he is confident that death will be defeated, as they have achieved with patients who, due to complications from chronic diseases, were saved despite “being in shock, with assisted breathing and severe respiratory failure,” among other afflictions. Nonetheless, he confesses how painful it is to lose a patient after all efforts have been focused on saving them. “Then we have to inform the family, who are given a daily update by telephone (to avoid new infections), which tarnishes the consoling, personal side of our job.”

He concludes that the battle against Covid-19 is not only determined in hospitals. (PL)