As states have responded to the Coronavirus, with extended powers of lockdown, and aid to business combined with increased welfare provisions, a new term has entered our vocabulary. 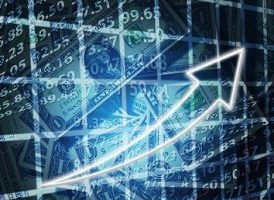 “Coronanomics” describes this process of growing government control. In a rejection of neo-liberalism, even the Right has adopted interventionist policies to ensure social order and survival.

Far from neo-liberalism being the only conservative game in town, its authoritarian, statist, corporate, cousin is staging a come-back.

At the moment, we only glimpse this transition in flashes, as it is far from finished. Here our understanding is reminiscent of Italo Calvino’s series of short stories, “Cosmicomics”.

A pre-postmodern collection of extrapolations from supposed scientific facts, these tales weave a collection of fanciful science fiction yarns.

In our present state of knowledge, in the midst of historic change, all we can hope for is a similar concatenation of ‘coronacomics’: episodic half-grasped peeks into the zeitgeist.

We may gain some perspective, however, through historical comparisons, such as Kyle Harper’s “The Fate of Rome: Climate, Disease, and the End of an Empire”.

During an essay in “Foreign Policy” magazine, Harper postulates that the Coronavirus is accelerating history “past its breaking point”.

Far from history proceeding in a gradual fashion, it does so in fits and starts. Periods of stagnation alternate with eras of rapid change: revolution not evolution.

This applies to changes humans create, such as progressions in human sexuality and marriage patterns, but more so in changes caused from outside, like epidemics.

However, as Hegel said, “The owl of Minerva spreads its wings only with the falling of the dusk.” We only discern history’s meaning long after the event. 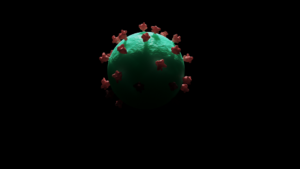 Whether this acceleration is positive or negative remains to be seen. It certainly is not new. The trend to government interventionism was already plain.

Governments, such as Trump’s in the US, or Johnson’s in the UK, had reacted against globalisation, in favour of a neo-Keynsian economic programme of stimulus, protection, and welfare.

Combined with the authoritarian methods used to stymie the pandemic, these could create a new constellation in political models, away from Western liberal democracy.

As Byung-Chul Han has noted, it is Asian societies which have fared better in containing the virus, with their traditional sense of the collective, and respect for authority.

Much depends on whether these developments become permanently enshrined, or remain temporary measures. 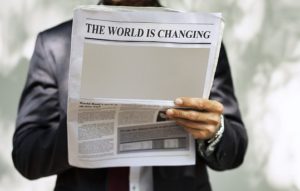 Giorgio Agamben’s concepts, the ‘state of exception’ and the ‘homo sacer’ are relevant here. In Roman law, certain classes of people could have their rights removed, making their lives vulnerable.

It is the state which possesses power to define such cases, and thereby enact a ‘state of exception’. The problem, for Agamben, is that this temporary ‘exception’ frequently becomes normalised.

This is the danger today, although a necessary one. Not for us the gleeful ire of eco-extremists rejoicing at the demise of humanity, as the price of ecological planetary self-regulation.

This could only be desired perhaps by primitivist anarchists, like John Zerzan, for whom civilisation itself was a fundamental mistake.
(Photos: Pixabay)