The pre-Covid-19 precedents of Latin America and the Caribbean are not those of a history of successful growth and tell of high levels of inequality and an absence of progressive structural change. 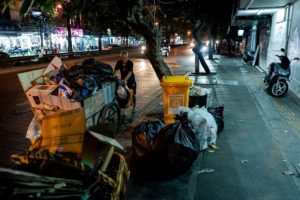 Latin America, so urgent to end the inequity that afflicts its citizens and to increase social investment, faces the expansion of a pandemic, the repercussion of which is still unsuspected.

The portents of the Economic Commission for Latin America and the Caribbean (ECLAC) believe that Covid-19 will mean the largest contraction of economic activity in the history of the region, which in turn would generate almost 12 million more cases of unemployment and an increase of 30 million people in poverty.

Thus, in the face of new economic challenges, derived not directly from the disease but from malformations in the government systems that prioritise capital over appreciation of human life, many countries in the region were forced to resort to the life lines designed for these occasions by the International Monetary Fund (IMF). 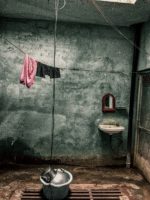 As disclosed in early May, the Ecuadorian Ministry of Economy and Finance, following a request for help, the IMF board approved an amount of $ 643 million for that country through the Rapid Financing Instrument in order to face the impacts of the Covid-19.

The credit is freely available and under favourable conditions: 1.05% interest, with a five-year term and a three-year grace period.

This loan is in addition to the three-year programme signed by the government in 2019 for 4.2 billion dollars that involved a package of cuts and tax adjustments and that led to a wave of protests in October 2019, when the government raised fuel prices.

Days after the announcement by the Ministry of Economy, the nation’s president, Lenín Moreno, revealed that more than $ 1.4 billion had reached the country thanks to other loans from multilateral organisations such as the World Bank and the Development Bank of Latin America and the Caribbean-CAF.

In one of the countries worst hit by the pandemic in the region, according to official data, the president assured that these resources would be used “to revive the economy and maintain jobs.” 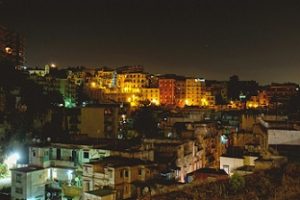 Three weeks after Moreno’s pronouncement, thousands of people protested the drastic economic measures and budget cuts then announced, which include lower wages, elimination of jobs in the public sector, reduction of funding for universities and closure of state companies.

In this way, after a request for help what is emerging is a greater abandonment of those who already felt dissatisfied since before Covid-19.

Latin America’s debt, and the problems that this entails, is not an exclusive dilemma for Ecuador.

Although 12 years ago the public debt of Latin America was around 40% of the Gross Domestic Product (GDP), currently the region is in a much more unfavourable situation since it now represents 62%, according to the estimates of the Inter-American Bank of Development.

Until mid-May, the IMF approved funds for 11 countries in Latin America and the Caribbean in order to tackle the pandemic through two fundamental tools. 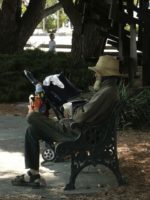 The first is the Rapid Credit Facility, known as RFC, which provides immediate assistance with limited conditions to low-income states that have urgent needs to balance their payments.

The other is the Rapid Financing Instrument (RFI), which has the same objectives, but for all member countries of the organisation. However, the help is not an act of altruism. In the case of Panama, for example, which received credit for $ 515 million, Mitsuhiro Furusawa, deputy managing director of the agency, anticipated that when the emergency ends, public spending will have to be modified.

The same was warned for El Salvador, a beneficiary of $ 389 million and in whose case the official alluded to the fact that, once the pandemic ends, there will be a gradual tax adjustment starting in 2021.

Several economists, including the Frenchman Thomas Piketty, warned that the current health crisis “will lead to a huge increase in public debt”.

However, the expert appealed to the construction of a model that guarantees everyone, worldwide, a social protection system with a minimum income, to avoid the situation that the pandemic is creating in the poorest countries.

Piketty judged that this experience offers an opportunity to ‘do something completely new’, such as investing more resources in healthcare, stimulating a more sustainable economy, or simply imposing taxes on the wealthiest.

The Executive Secretary of ECLAC, Alicia Bárcena, warned that greater international financial cooperation is crucial for the countries of Latin America and the Caribbean.

This cooperation is key to increase their fiscal space with a view to facing economic, social, productive and environmental vulnerabilities that have been dragging for years, aggravated by the crisis caused by the coronavirus.

According to the official, “we are experiencing very unfair globalisation. There are tremendous asymmetries globally. That is why we need special assistance from the international community to face this crisis”. (PL)