The insular nations of this area of the world succeeded in dodging the coronavirus epidemic, but they could not free themselves of its economic havoc. According to the International Labour Organisation (ILO), the impact of the pandemic could leave tens of thousands of people submerged in poverty. 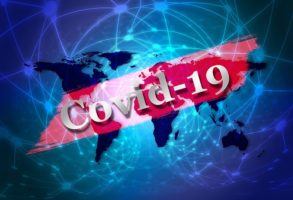 The majority of these archipelagos are facing having to choose between reopening to tourism or economic collapse.

There is a dichotomy between the necessity of newly opening the borders and the precarity of their health systems and infrastructures that would collapse with an outbreak of the new coronavirus.

Around twelve insular nations such as the Marshall Islands, Nauru, Palau, Samoa, the Salomon Islands, Tonga, Tuvalu, Vanuatu and Kiribati are virus free, thanks to early closing of their borders when they saw the spread of Covid-19 in other parts of the world.

Some of them declared a state of national emergency and decreed isolation as protection, and there are other states such as Fiji that reported only 18 cases and maximised the measures for the whole population. 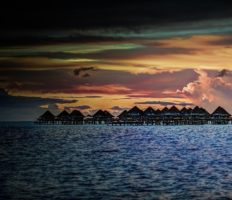 “The best bet, without doubt, is to keep the disease out because if it enters, then we will be in difficulties”, said the doctor, Colin Tukuitonga, from Niue, in the South Pacific.

The islands do not have robust health systems and if an outbreak happened, it would decimate the population, indicated Tukuitonga, who also warned of the high rates of diabetes, cardiac and thoracic diseases that their populations suffer from.

However, even though many experts agree that isolation is the correct policy, the economic impact of the pandemic has been devastating as the majority of these communities depend on tourism which in some places represents up to 50% of the GDP. Abandoned hotels and airports, deserted beaches and no money, plus the uncertainty of the future forms part of the panorama of these once tourist paradises.

According to the ILO, the relative poverty in Asia and the Pacific grew from 22% to 36% in the first month of the crisis.

In Vanuatu, for example, 70% of tourism employment disappeared, while in Samoa more than 12% of the labour force is employed in hotels or tourist resorts and are now unemployed. 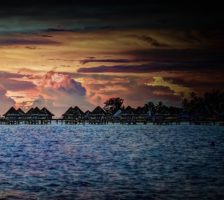 he pillar of the economy in Samoa collapsed with the pandemic and in a few weeks more than 70 hotels and resorts closed their doors, leaving more than a thousand people unemployed.

The issue is, that in Samoa, like all of the Pacific countries, the majority of these workers are part of the informal sector, with little job security or safety net.

The tourist industry represents 47% of all exports in Tonga, 52% in Samoa, 58% in Fiji and a massive 70% in Vanuatu, according to the figures provided by the ILO.

The World Bank, The Asian Development Bank and the International Monetary Fund have announced support packages for various Pacific countries, but Karimli signalled that he is worried about the lack of protection for informal workers.

In the middle of the de-escalation of cases worldwide, the governments of these islands are weighing up the possibility of re-opening their borders by allowing “bubble” trips without quarantine for nearby tourists from countries such as Australia and New Zealand. 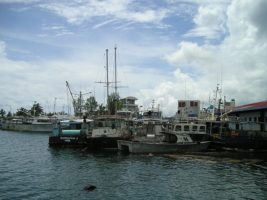 This method means that the tourists can only have contact with their travel companions and dedicated staff, but the measure is receiving a cautious welcome in light of facing the possibility of contracting the virus.

The executive director of Tourism of the Cook Islands, Halatoa Fua, emphasised that the bubble needed to come with strict safeguards but he supported the idea of re-opening.

Meanwhile, the president of the Palau Visitors Authority, Ngirai Tmetuchi, added that it was worthwhile to explore the idea “but always evaluating risks”. In addition, Samoa, whose tourist industry has been in decline since November because of an outbreak of measles, is assessing the re-opening.

However, not all of the governments appear to be in agreement with this re-opening, which some claim is too soon. (PL)