When talking recently about the pandemic that has hit the world, my daughter remembered a health scare that she experienced where medicine for the soul as opposed to for the money made all the difference to a speedy recovery. 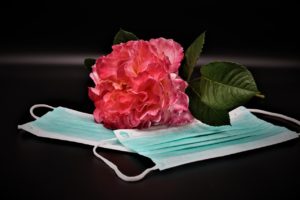 Deeply troubled by the disturbing images being shared on social media on Covid-19, her mind was taken back to the days of August 2019 when acute asthmatic bronchitis stole the air from her lungs, just like the new coronavirus is doing to millions of people on the planet who are suffering from this lethal respiratory disease.

After trying, to no avail, home remedies, we went to the doctor for help. However, she was shocked and could not believe what they told her.

Whilst air was being pumped into her weak lungs to help with breathing, an ‘experimental’ doctor only talked about a treatment which cost $800 to lose weight, as if the most important thing in this situation was to improve her figure so that she could “break some hearts”. 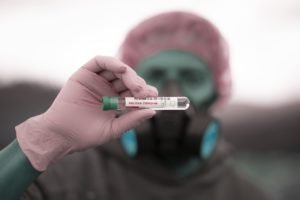 But the sad thing was that neither the consultation, which cost $60, nor the injectable antibiotics, which cost $40 each, administered in a comfortable clinic in one of the most luxurious private hospitals in Panama, could treat the pain that the cough was causing.

However, a modest consultation in one of the public health centres in the capital (Hospital Irma de Lourdes Tzanetatos) brought a ray of light and the help she’d been looking for.

Unlike their ‘experimental’ Panamanian colleague, doctor Reymar Alvarado adopted an humanist philosophy to medicine which he had learnt in Cuba during his six years of study in which the life of the patient is treated as the most important aspect.

After an exhaustive physical examination, plaque and blood tests, routine procedures which were not carried out by the other doctor (whose name I would prefer not to mention for ethical reasons), the young doctor’s diagnosis was certain; asthmatic bronchitis.

We were overcome with relief, the same kind of relief you feel when you are treated by Cuban doctors, and immediately comments, experiences and comparisons started to flow during that pleasant conversation in which he reminisced about everything he had learnt on the island. 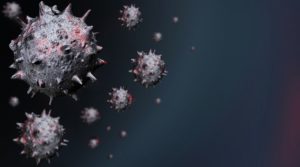 In Cuba, Reymar not only met E, the one who spares no resources and efforts to keep the population healthy, but he also learnt the value of medicine for the soul.

Medicine which a good doctor will give in exchange for a simple thank you like the one professed today by patients recovering from Covid-19.

He also remembered the days of intensive study and medical care in community clinics and hospitals where, on several occasions, he encountered the doctor that Cubans carry within, as part of the high standard of education of their population.

There were also words of gratitude for his teachers and the government of the largest island in the Antilles, the same that is often professed by 818 Panamanian doctors who have graduated in Cuba since 2018, like Tania González who currently works in the Caribbean province of Bocas del Toro.

She says that “t 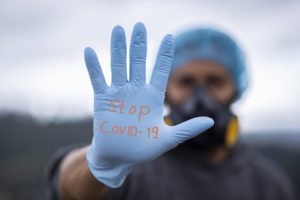 hanks to Cuba, I am the professional that I want to be, to give to and to contribute to my country and the world”.

Thank you to the Commander in Chief (Fidel Castro) who dreams of us as an army of white coats scattered across every corner of the world providing what the world needs; health”, says the 2008 graduate from the Latin American School of Medicine.

During her six years of study, the young doctor understood what it meant to be Cuban, to live like a Cuban on a blockaded island and to witness the daily struggle, the love and infinite solidarity. Since then I am proud to say that half of my heart is Cuban.

“During these seven years, I didn’t know what my son ate, but I did know that he ate every day, and this was down to the government and the people of Cuba, despite being a blockaded country”, she emphasised. (PL)