Children suffer the worst trauma when families are expelled from their homes by armed gangs. Many families left when the gangs began forcibly recruiting boys as young as 12. The background to the story involves several different struggles for valuable territory, and the failed war on drugs. 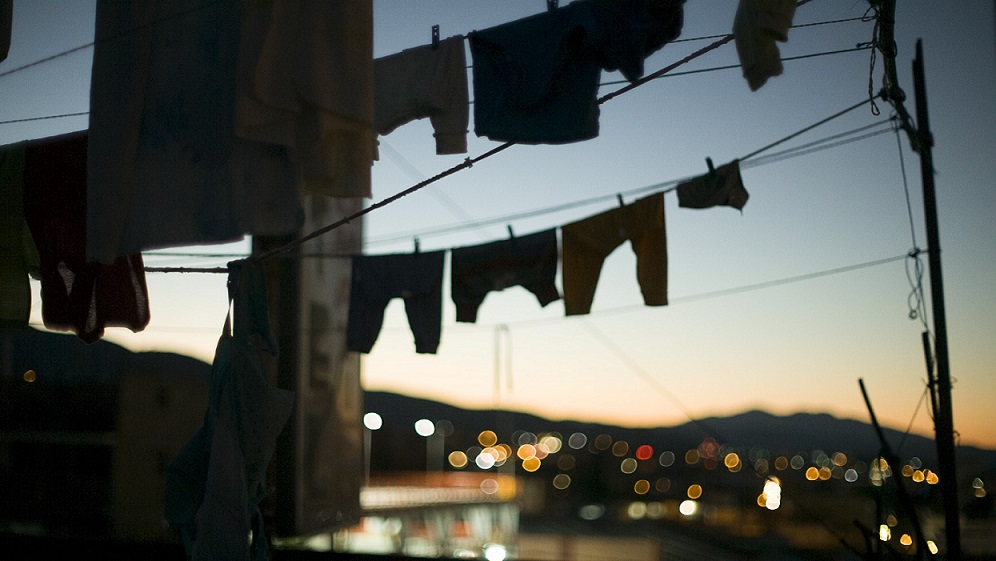 The Prisma has reported several times on the massacre of 43 students in Ayotzinapa in 2014, and Wilma Gomez Luengo is a Mexican film-maker who was first drawn to these issues by a deadly confrontation between students and police in 2011.

But it is the children who are the focus of concern in her new film, “Children of the Exodus”. The trauma of being driven from your family home by armed thugs and becoming a refugee will continue to mark them into adulthood.

Studies have documented the effects in later life, which include depression, suicide attempts, violence in intimate relationships and post-traumatic stress disorder. And it is children from the poorest families who suffer most, especially when they see their schools and other facilities destroyed. This documentary was shown at the Visions du Reel film festival online this year.

In this email conversation with The Prisma, Gómez Luengo talks about the personal impact of this story as someone who experienced exile as a child, and describes the lesser-known background to the gang violence in Mexico, involving the failed war on drugs declared by President Calderón in 2007, and the crossover between drug trafficking and the rush for control of gold mining concessions. 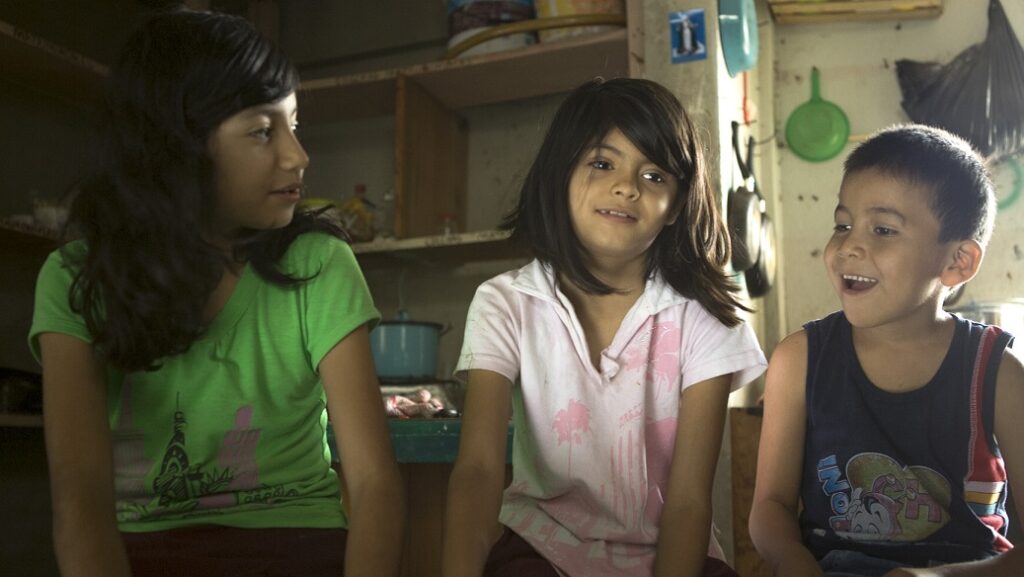 What brought you to this topic?

My professional career developed over 20 years in the cinema industry until I became a director of photography. Our family was exiled from South America: when I was a child, we were refugees in Mexico. I was always concerned about human rights, and that was why, 10 years ago, I joined a film-makers collective who wanted to give a voice to the victims of Mexico’s growing violence.

And later I directed some short documentary films with them. These issues became more important in the grave human rights crisis that Mexico suffered after 2007, when Felipe Calderón declared war on drug trafficking.

Your film is based in Guerrero State, which readers have heard about, because of the Ayotzinapa 43 in 2014. Why did you work there?

One of the first documentaries I made was in 2011 in the state capital of Guerrero. The students at the escuela normal rural had been protesting for a long time against the imminent closure of these schools, due to the government’s educational reforms, and this reached a tragic confrontation. One of the students was killed by shots fired by the police and a petrol station employee also died. 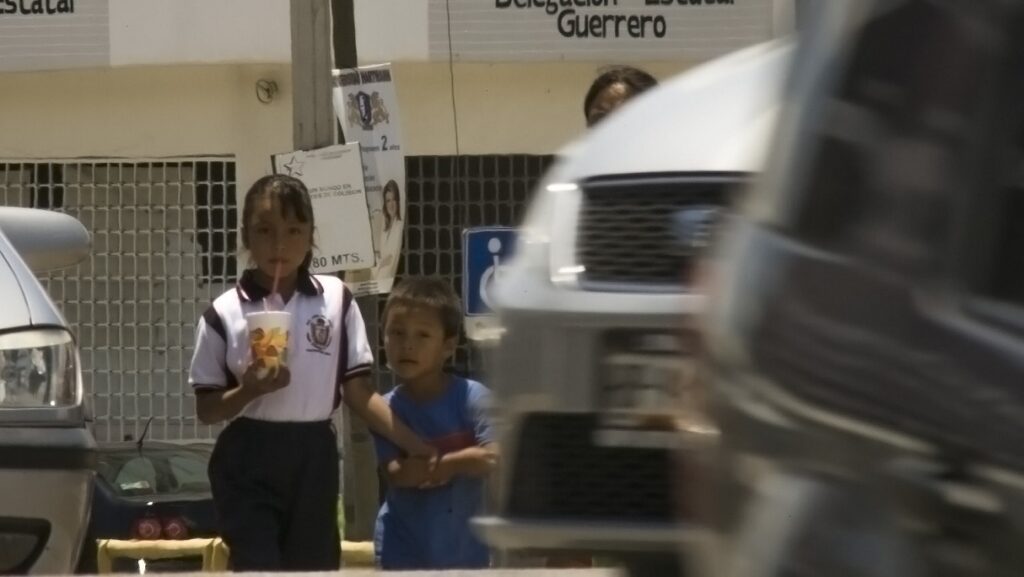 The state governor and much of the media criminalised the students for what happened, as well as for the protests by them and by the primary school teachers.

This made me pay attention to the violence that happened during social protests.

At the same time, the violent confrontations for control of the territory in the mountains led many communities to take up arms for self-defence, while others felt it necessary to give up everything to save their lives. This is how the exodus to other parts of Mexico and even to the USA began. From 2011, Guerrero became one of the states with the largest number of communities forcibly displaced by armed criminal groups.

Is Guerrero on a major trafficking route?

Yes, for a long time. It began as an area of marijuana and opium poppy growing, then a few decades ago the traffic in cocaine from South America arrived. And in the present century there is also a traffic in raw materials for synthetic drug production, originating in Asia. There are two important ports, Acapulco and Lazaro Cárdenas, which nowadays are well-known as the entry points for drugs and chemical precursors.

In addition, around 2000 the Mexican government granted large territories as mining concessions, mainly for gold. This is why organized crime groups are fighting for control of the territory: not just as a route for trafficking drugs, but also for their cultivation, the mining interests, as well as to control the local populations.

Your work was dangerous. How did you 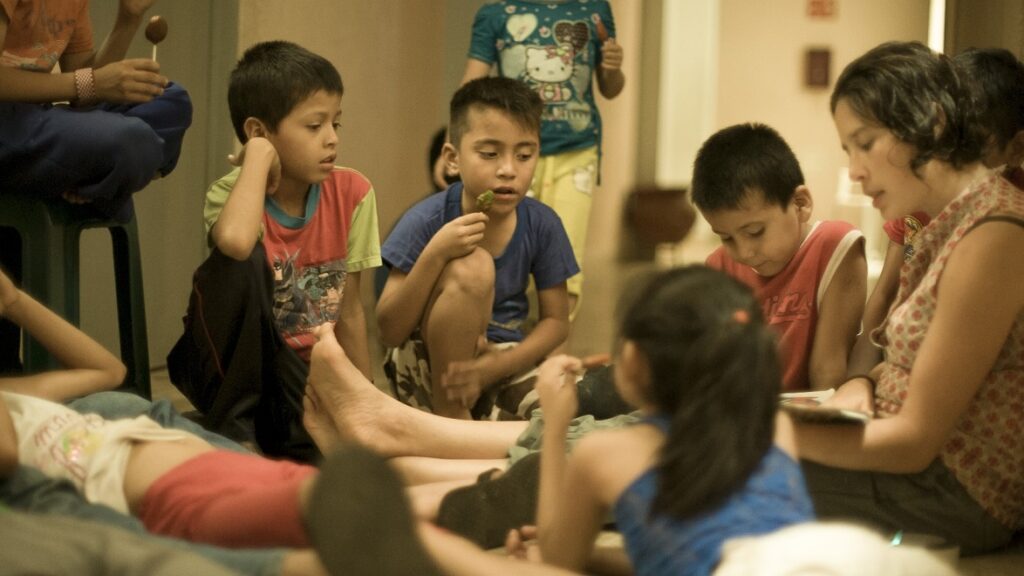 We made contact with this community in 2014. Local news reports spoke about the arrival in Chilpancingo, the state capital, of 250 people who had been displaced from the Tierra Caliente area of Guerrero. They came for government help. We took on the task of going to find them. Despite the violence that also affected the capital, we thought it would be a safer place for our film crew to work. We were always very discreet, asking local journalists for advice, and the Mexican Institute of Cinematography which arranged for us to get permission to film from the state authorities. Initially it was difficult to gain the trust of the community, who had suffered many years of violence and terror in the mountains. We made agreements to guarantee anonymity, which we implemented in creative ways.

Our objective was to tell their story of violence and enforced displacement from the viewpoint of the children, and also to help the public to think about the consequences of violence on their life, and especially the effects it will have on the future of the children. During two years of working with them we slowly gained their trust. 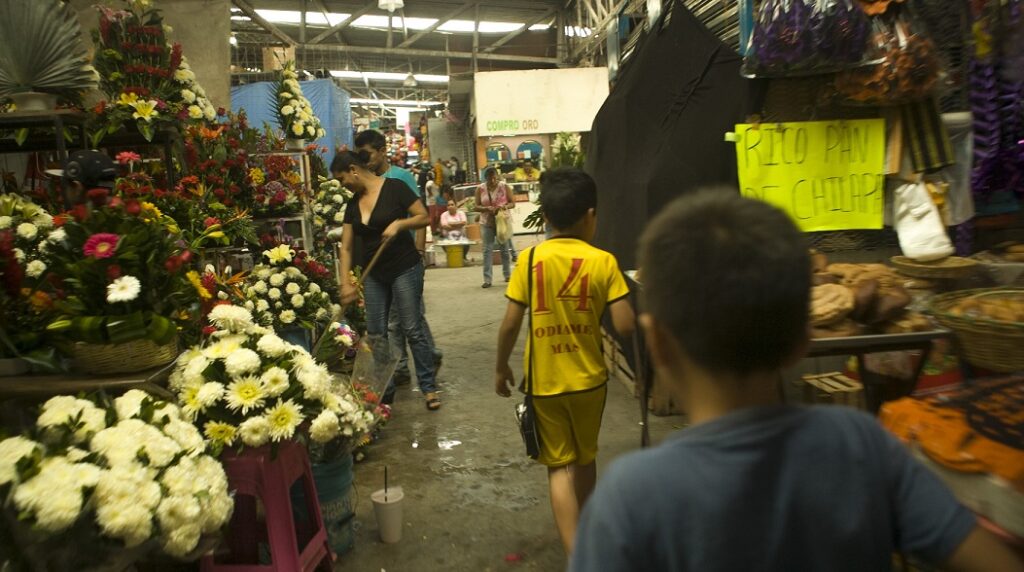 Some of the vigilante groups became involved in crime themselves. What can be done?

In Tierra Caliente, and other areas of Guerrero where the state is absent, many communities have decided to take up arms to defend themselves.

For decades a lot of peasants have been cultivating marijuana and poppies as a way to improve their living standards, and the authorities were involved and allowed them to do it, which normalized the cultivation and trafficking of drugs in the region. In 2007, the declaration of war on narco-trafficking changed the situation in the mountains. The villagers told us that arms began to flow into the mountains, and other groups invaded and began violent confrontations with those that were already in control of the area.

People and the authorities in the rest of Mexico were unaware of what was happening. Gradually the outside gangs began extorting money and abusing these communities, forcing people to work for them, and finally they began to threaten them with forced recruitment. When the community in our documentary was threatened with the forced recruitment of boys from the age of 12, they like many others decided to flee from the region.

All the peasants are authorized to possess guns for hunting, but none of these are enough to defend them from organized crime groups armed with high calibre weapons, nor do they have sufficient numbers. There are actual armies fighting over these territories. 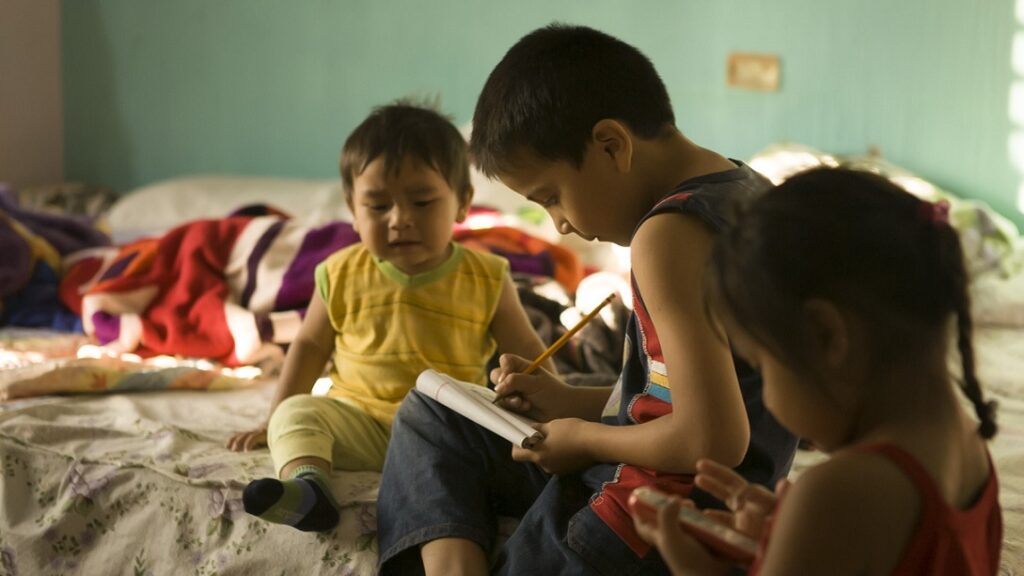 Some villagers told me that one of these armed groups offered them large calibre weapons if they would fight another group and form self-defence groups. They refused this help because it would have meant making certain commitments to get the guns, which would end with the new group demanding control of their territory. This is what happened in many places where villagers accepted this kind of offer.

Are you planning more films on this subject?

Not at the moment, although it is an interesting subject and there is much more to say. My film is focused on the life of the refugee, and I believe it is very important to deal with the situation that these communities have lived through in the mountains, faced with organized criminal groups. Many people I met from these villages have returned despite the violence, hoping that these gangs will leave them in peace.

The situation hasn’t changed much though, which makes it difficult for them to bring us their stories for other projects. And I think their safety is paramount. 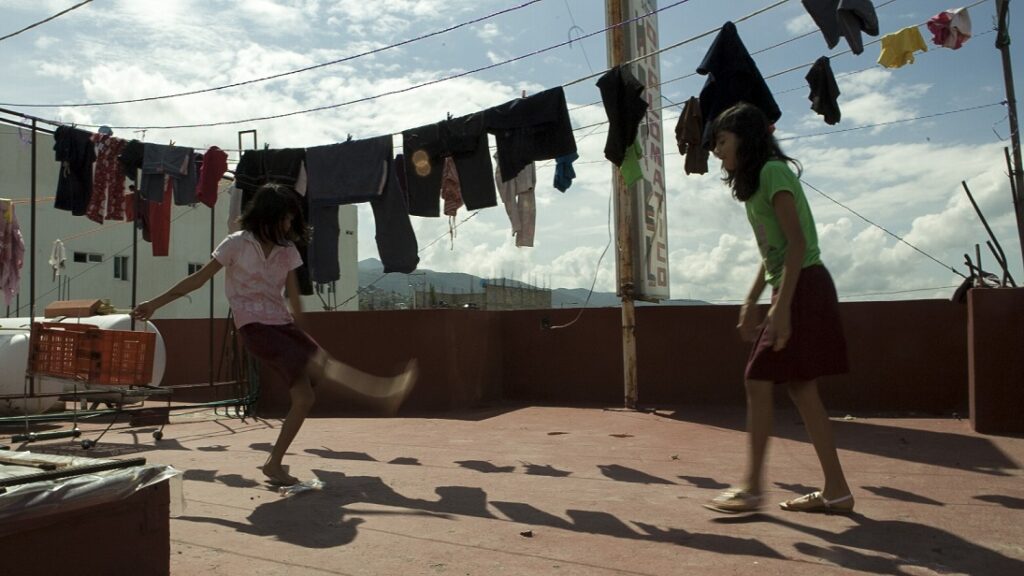 What can a film achieve that news reports cannot?

Making documentary films takes months or even years, and ít leads you to make deep relations of trust with your protagonists. Cinema grants the film-maker a large arsenal of narrative tools, which allows us to communicate the human side of these stories.

We appeal to the emotions to bring the protagonists close to the spectator, to create connections between them, so that the spectator becomes involved in the human rights causes that we are defending.

We want to have an effect on the spectator that leads them to act in support of the victims. My objective was to show the humanitarian crisis that is being suffered by communities displaced by violence, especially the traumatic effects on the children, and the consequences that this forced migration will have on their lives in the future.

(Photos provided by the interviewee and authorized to be published)